Best of 2022: Near misses and national records 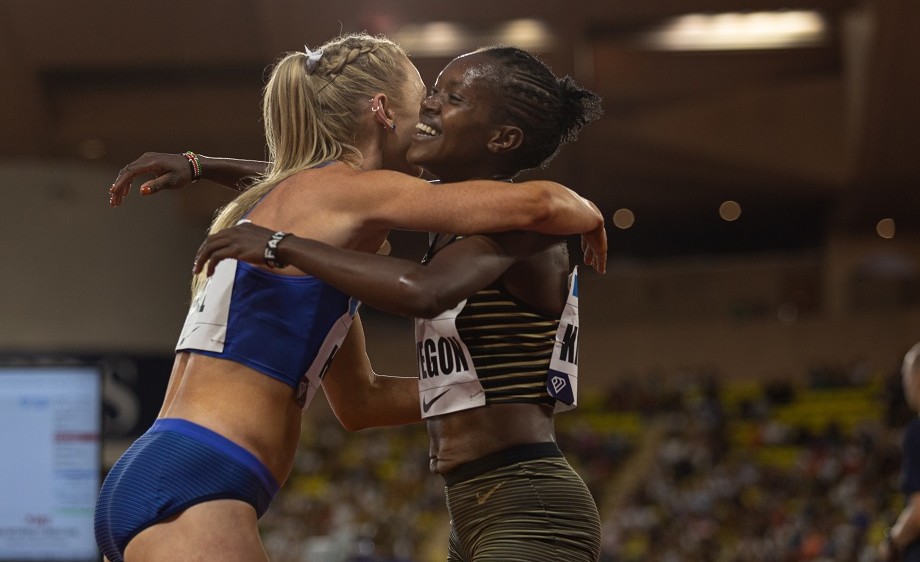 Jakob Ingebrigtsen and Soufiane El Bakkali both celebrated famous wins on home soil in the 2022 Wanda Diamond League, while Faith Kipyegon came within a whisker of the world record.

Norwegian and Moroccan fans had plenty to cheer in the 2022 Wanda Diamond League, with both Jakob Ingebrigtsen and Soufiane El Bakkali using home advantage to reach record-breaking new heights. In the third part of our "Best of 2022" series, we take a look back at the standout performances in the middle and long distance events.

Moroccan 3000m steeplechase star Soufiane El Bakkali is nothing if not a seasoned Diamond League campaigner, having notched up 11 victories on the circuit since his first win in Stockholm back in 2017. His performace at the Stade Moulay Hassan last June will go down as one of his most memorable, however, and proved to be a key milestone on the road to a first ever Diamond Trophy for the 26-year-old.

El Bakkali had already hit world-leading form at the season opener in Doha, clocking 8:09.66 to take an early lead in the qualification standings ahead of his home Diamond League meeting in Rabat. Urged on by an adoring home crowd, the Olympic champion went even better in the Moroccan capital as he dipped under the eight-minute mark with a meeting record of 7.58.28. It was a performance which set the tone for the rest of the season, as El Bakkali claimed gold at the World Athletics Championships in Oregon the following month before wrapping up his first ever Diamond League title with a win in Zurich in September.

Another etablished superstar who was crowned Diamond League champion was Jakob Ingebrigtsen, whose four wins in the men's 1500m were enough to finally bag him the title which he had long been denied by Kenyan rival Timothy Cheruiyot. And like El Bakkali, his route to Zurich also included a triumphant stop off on home soil.

When he arrived in Oslo in mid-June, the pressure was very much on Ingebrigtsen. With Karsten Warholm out injured, he had been left to carry the hopes of a nation at the 2022 Bislett Games, and expectations were high that he would finally right a historical wrong in the men's mile. A decades-old, iconic fixture of the distance calendar, Oslo's iconic Dream Mile had never been won by a Norwegian before, and in 2022, Ingebrigtsen seemed the man to do it.

He delivered in style, winning in 3:46.46 to break a Diamond League record he had set himself in Eugene a year earlier. The win was Ingebrigtsen's second of four victories on the Road to the Final, and while he suffered a shock defeat at the World Championships, the Norwegian finally ended the season as Diamond League champion thanks to his victory in Zurich.

What does it feel like to win and lose at the same time? Women's 1500m Diamond League champion Faith Kipyegon found out in Monaco last August, when she pulled out the finest performance of her career, only to miss out on the world record by less than half a second.

As a three-time Diamond League champion, two-time Olympic gold medallist and a freshly re-crowned double world champion, Kipyegon's place at the top of the current 1500m pyramid is almost undisputed. Yet it is Genzebe Dibaba who still holds the world record of 3:50.07, set in Monaco back in 2015.

Running on the same track seven years later, Kipyegon looked on the verge of breaking it as she bustled around the final bend at the Stade Louis II. Yet as she crossed the line and checked the clock,her face fell and she slumped onto her back with an arm over her eyes. She had come up just 0.4 seconds short of Dibaba's mark.

A bittersweet victory it may have been, but the Kenyan could still boast of a national record, a personal best and a world lead as she left Monaco, and she would go on to take her third Diamond League title in Zurich a few weeks later.