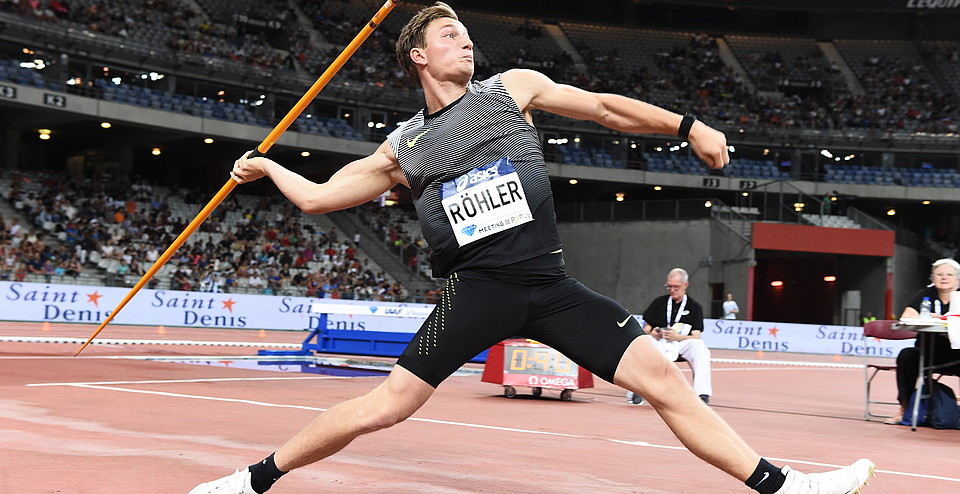 Röhler will feature in the final Diamond League event before the finals in Zurich, Switzerland with compatriots Johannes Vetter (GER), Andreas Hoffman (GER) and Bernhard Seifert (GER) all expected to challenge for victory.

The pick of the other three has to be the defending world champion Vetter, with the 26-year-old sure to look for a strong showing ahead of defending his title in Doha this autumn. Vetter’s lifetime best of 94.44m sits second on the all-time list behind world record holder Jan Zelezny and a fraction ahead of third-placed Röhler (PB: 93.90m).

But the Germans aren’t the only in-forms athletes in the field, most notably Magnus Kirt (EST) comes into Birmingham with a world lead of 90.61m. This world lead is also his new personal best – showing that he is in the form of his life ahead of Doha. Close behind him is Andreas Hoffman who is second in the world this year.

The fourth and final German in the field, Seifert sits fourth this year, with Chao-Tsun Cheng (TPE) right behind to round up the top five. Cheng is the current Asian record holder, having demolished the previous record in 2017 with a throw of 91.36m.

The Birmingham crowd will certainly be spoiled with world class javelin throwers, with five of the top six in the world making up the eight announced as well as world champion Vetter. The other two athletes to make up the eight are Jakub Vadlejch (CZE), silver medallist in London at the 2017 World Championships and Marcin Krukowski (POL), who has challenged for the medals in a highly-competitive European Championships in 2016 and 2018.