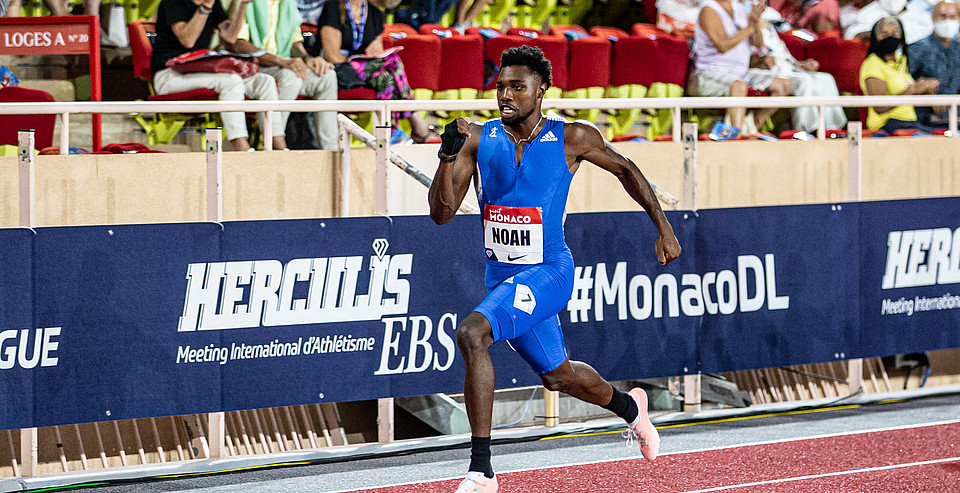 As Americans go to the polls this Tuesday, we take a look back at some of the best performances from US athletes in the 2020 Wanda Diamond League season.

With the eyes of the world on the US elections this Tuesday, we turn our attention to some of the Americans who have sparkled on the Wanda Diamond League circuit in 2020. There may have been no meeting on US soil this year, but there was no shortage of superstar performances from America's finest athletes. We've picked out a few of the best.

Felix at the double in Zürich

For many US stars, the first chance to compete on the Diamond League circuit in 2020 came at the Inspiration Games in Zürich, where stars such as Allyson Felix, Sam Kendricks and Georganne Moline were able to compete via video link against rivals in Europe.

It was Felix who stole the show. Running alone on her home track in Walnut, California, the US star first beat Mujinga Kambundji and Shaunae Miller-Uibo in the 150m before leading Team North America to victory in the 3x100m relay.

Brazier still the boss in the 800m

Michigan-born middle distance star Donavan Brazier established himself as the man to beat in the 800m last autumn as he swept to title-winning victories in both the Diamond League Final and the World Championships in Doha. Upon his return to action in Monaco in August, the 23-year-old lived up to his billing as favourite, holding off a late challenge from compatriot Bryce Hoppel to win with a world-leading time of 1:43.15. A week later, he cruised to a tenth consecutive victory in Stockholm.

Lyles bounces back in Monaco

As dominant in the 200m as Brazier in the 800m, Noah Lyles also headed into 2020 as World and Diamond League champion, but his season got off to a bizarre start with a technical mix-up at the Zurich Inspiration Games. Unfazed by the setback, Lyles stormed to a practically presidential victory in Monaco a few weeks later, clocking a world lead of 19.76 as he left the rest of the field in the dust.

Pole vault star and US army lieutenant Sam Kendricks also began 2020 on top of the world, but has since been dethroned - if not officially as world champion - by new world record holder Mondo Duplantis. At the Wanda Diamond League exhibition event in Lausanne in September, the two friends went head to head in an enthralling battle, with Duplantis recording the highest outdoor jump in over a quarter of a century with 6.07m. Though Kendricks had to concede defeat, he left office with his dignity very much in tact, having cleared 6.02m himself as he pushed Lousiana-born Swedish star Duplantis to ever more dizzying heights.

As well as the established stars, several rising Americans managed to chalk up their first career victories in the Diamond League in 2020. Lynna Irby kickstarted the trend in the 400m in Monaco, edging compatriot Wadeline Jonathas with a world lead of 50.50. Jonathas then notched up her first ever Diamond League win a week later with 51.94 in Stockholm. The following month, Nick Ponzio claimed a surprise win in the shot put at the Golden Gala in Rome.