Fraser-Pryce to headline 100m in Silesia 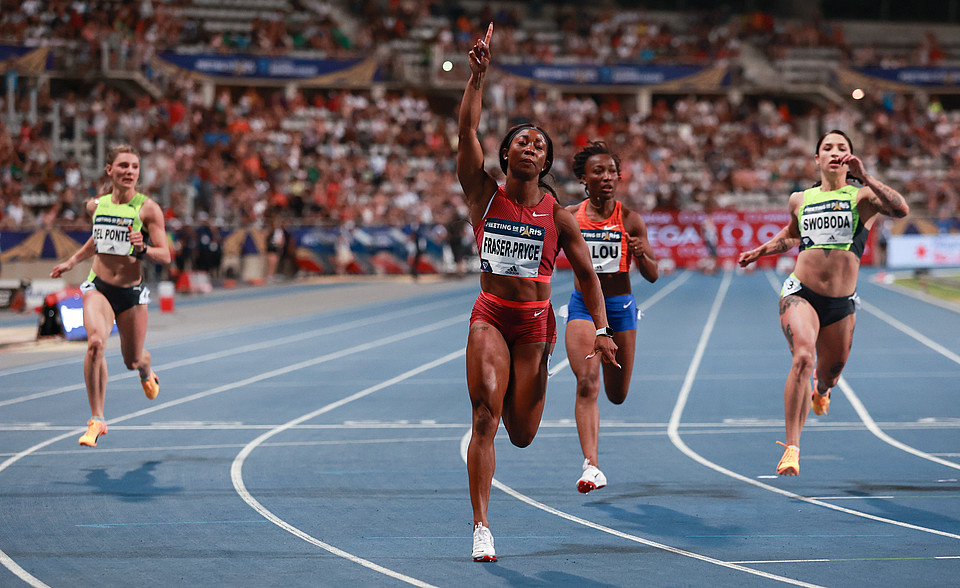 After picking up her second win of the season in Paris last month, Jamaican sprint star Shelly-Ann Fraser-Pryce will hope to continue her fine 100m form when she returns to Diamond League action in Silesia, Poland on August 6th.

The meeting in Chorzow's Silesia Stadium will be the first time that the Kamila Skolimowska Memorial has taken place as a Wanda Diamond League event, and will be the first meeting back on the WDL circuit following the World Athletics Championships in Oregon this month.

Fraser-Pryce now joins pole vault world record holder Mondo Duplantis in what is already promising to be a stellar line-up, with the the four-time Diamond League champion looking to build on the form which saw her sail to victory in a meeting record 10.67 in Paris.

She has one victory in each discipline so far this season, clocking an impressive 22.41 in the 200m in Eugene a few weeks before her 100m win in Paris.

In Silesia, she will line up in the non-Diamond League 100m against the likes of Polish star Ewa Swoboda, who has hit some of the best form of her career this season.

"I feel proud to have my name mentioned alongside Shelly-Ann's. She is an icon. Every sprinter wants to be like her. Each athlete dreams of achieving at least one half of what Fraser-Pryce has and to stay at the top for this long. I hope it will be the best female 100m race ever to take place on Polish soil," said Swoboda.