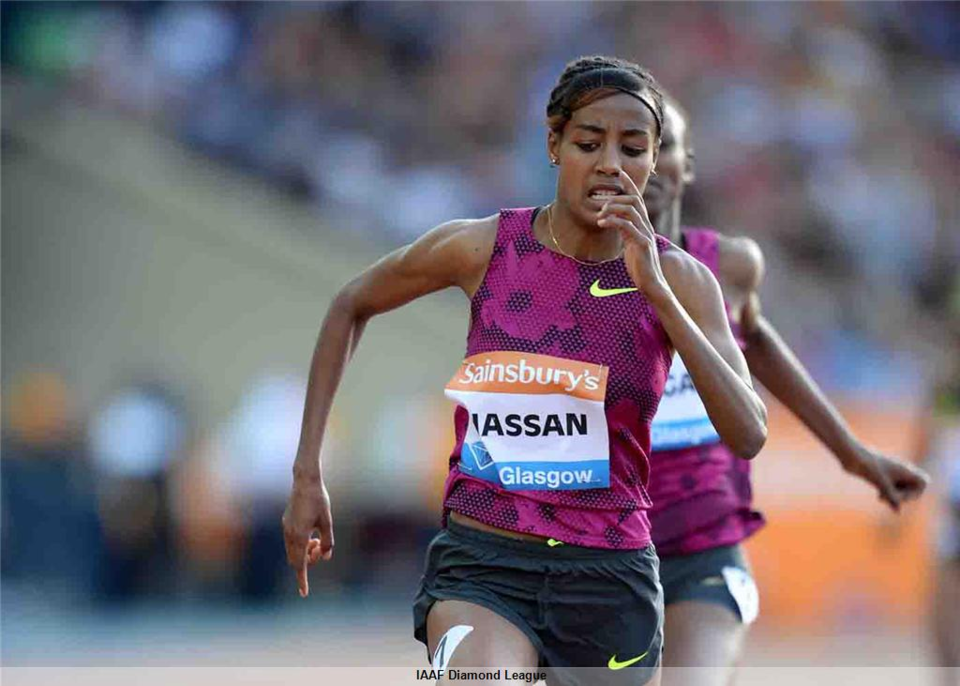 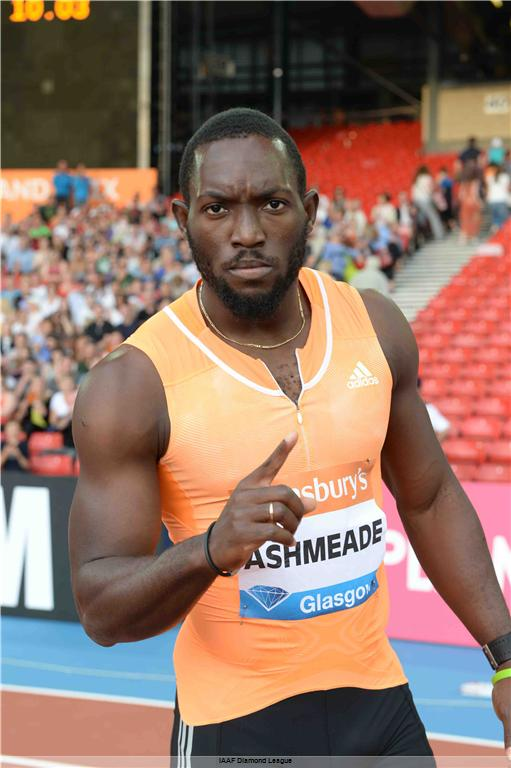 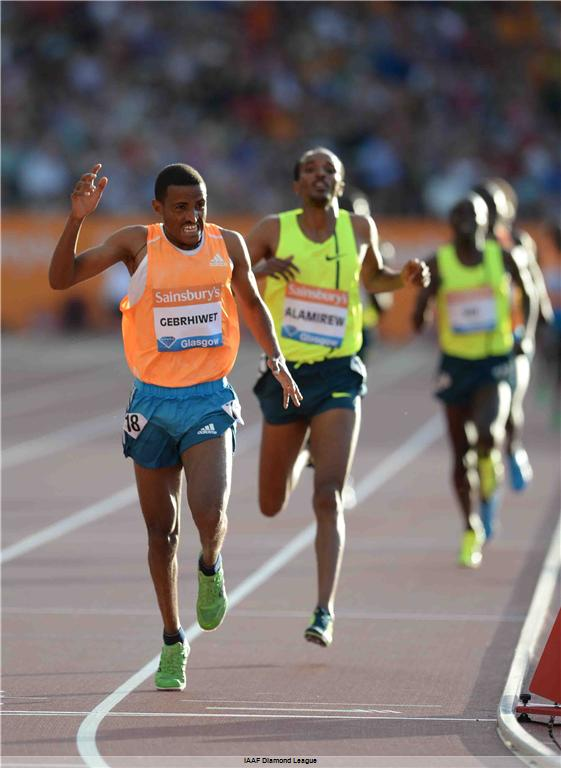 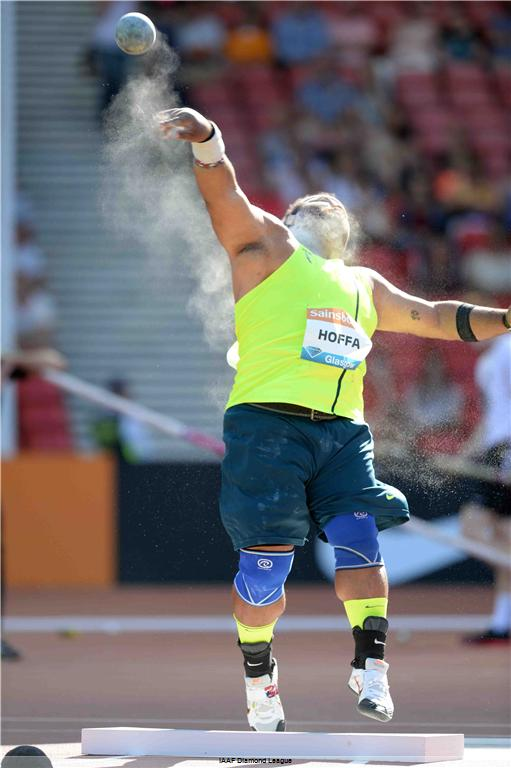 Just six days after setting a Dutch national record with 3:57.00 in Paris last Saturday, Sifan Hassan produced another fantastic 1500m finish to beat Abeba Aregawi in a meeting record of 4:00.67 at the Sainsbury’s Glasgow Grand Prix, an IAAF Diamond League meeting, at Hampden Park on Friday (11).


It was one of 10 Scottish all-comers’ records on a bright but breezy evening at Hampden Park, the long-time home of Scottish football and a stadium which once housed nearly 150,000 fans.


Now splendidly reconfigured to host the Commonwealth Games athletics programme in three weeks’ time, it welcomed a somewhat smaller gathering this evening of around 10,000.


Small in number, they were nevertheless big in voice as Aregawi followed Hassan through the bell and chased hard along the back straight.


The reigning world champion, indoors and outdoors, couldn’t catch the flying Dutchwoman down the home straight and had to be satisfied with second in 4:00.94 as Ethiopia’s 19-year-old 2014 World Indoor Championships silver medallist Axumawit Embaye came through for third in 4:02.78.


“It was a good race,” said Hassan, who is now just three points behind Aregawi in the Diamond Race, with two races still to go. “The IAAF Diamond League is really important to me because it is great recognition for an athlete.


“I’m in top condition now and I’m looking forward to the European Championships. Abeba Aregawi and I are good friends, we share a manager so we chat and sometimes warm-up and joke together. I’ve never said ‘I will beat you’ or anything like that – we are friends.”


There another classy run by a world leader in the women’s 400m when a well-timed attack by USA’s Francena McCorory brought victory over her fast-starting compatriot Sandra Richards-Ross in 49.93.


It was the US champion’s first Diamond Race win of the year and she left both Paris winner Richards-Ross and Jamaica’s Diamond Race leader Novlene Williams-Mills in her wake as she came from behind to power away the home straight.


“I wanted to stick to the plan my coach gave me before the race and focus on how I attacked the race,” the breathless McCorory said afterwards.


The Glasgow crowd were also treated to the sight of three men going under 10 seconds in the tightest of men’s 100m.


The top three were separated by just 0.01 as Nickel Ashmeade pipped Michael Rodgers for victory in 9.97 while Yohan Blake fell to the track with a hamstring injury 30 metres from the line.


The first five across the line all ran season’s bests as Ashmeade’s winning time was matched by Rodgers with Nesta Carter third in 9.98, Britain’s James Dasaolu was fourth in 10.03 and Kim Collins fifth in 10.07.


Meanwhile, Blake had a beastly race as he pulled up dramatically after 70 metres clutching his left leg, and he left the track in a wheelchair.


It was a welcome change of fortune for Ashmeade who was desperately unhappy to be disqualified in Paris last Saturday, but now has the distinction of owning a Scottish all-comers’ record.


Linford Christie’s 21-year-old mark had already gone an hour earlier when another Jamaican, Kemar Bailey-Cole, ran 10.03 to win the B race, but that didn’t last long as Ashmeade emerged from lane eight to improve his 2014 best by 0.05.


A 53.97 last lap and a duel with Diamond Race leader Ynew Alamirew brought Ethiopia’s Hagos Gebrhiwet victory over his compatriot in a topsy- turvy 5000m in 13:11.09, after Augustine Choge had led by some 30 metres early in the race.


Choge was swallowed up with 1500 metres to go and a bunch of seven approached the bell together.


Gebrhiwet then took off like a train with Alamirew on his heels.


Alamirew was just ahead as they entered the straight, but Gebrhiwet fought back to take the win with Kenya’s 2014 world leader Edwin Soi third.


Reese Hoffa moved three points clear at the top of the shot put Diamond Rasce with his second win of the year.


Hoffa improved his winning distance from Eugene by three centimetres to 21.67m, beating world champion David Storl and moving ahead of US champion Joe Kovacs in the Diamond Race.


Kovacs was fourth as Tom Walsh kept him out of the points with a New Zealand record of 21.23m.


Javier Culson didn’t reveal his dietary secrets but, nevertheless, it was it was a good day for Puerto Rican as he won the 400m hurdles to pull clear of Moscow 2013 silver medallist Michael Tinsley in the Diamond Race.


Culson, who was also a winner in Lausanne last week, was well clear coming off the final bend and stayed ahead on the run-in to clock 48.35 despite visibly tiring in the last 50 metres.


Ashton Eaton finished strongly to take second in 48.69, ending his dalliance with the event with another personal best; Tinsley was third.


Eilidh Child gave the home crowd plenty of reasons to cheer as the Scot was a decisive winner of the women’s 400m hurdles in her quickest time of the year, 54.39, and there was another home hurdles win in the men’s sprint version when William Sharman equalled his personal best of 13.21.

Matthew Brown for the IAAF and the IAAF Diamond League