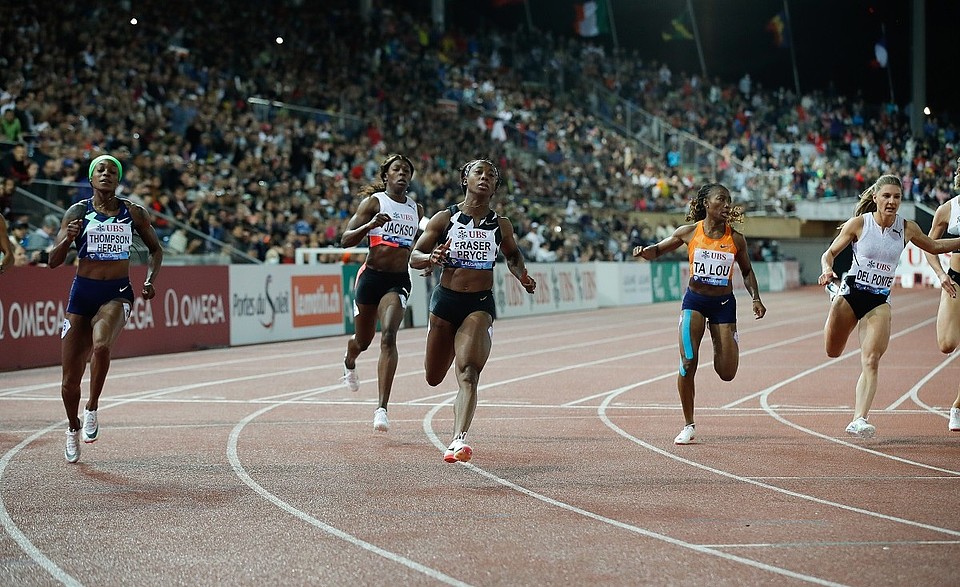 The full entry lists for the 11th leg of the Wanda Diamond League in Lausanne have been published, with Shericka Jackson, Elaine Thompson-Herah and Shelly-Ann Fraser-Pryce all set to compete at Athletissima.

The three Jamaican champions will go head to head against each other in the 100m for the first time since they took all three medals at the World Athletics Championships in Oregon last month, with all of them still needing points to qualify for the Wanda Diamond League Final in Zurich on September 7-8th.

Fraser-Pryce will be favourite to claim victory in Lausanne, having picked up the gold medal in Oregon and raced to two separate sub-10.7 times in the Silesia Diamond League and the Monaco Diamond League over the last week.

The Jamaican stars will be joined on the shores of Lake Geneva by numerous other superstars.

In the high hurdles, Tobi Amusan returns to Diamond League action for the first time since her world-record performance in Eugene, while fellow world champion Grant Holloway will be out to claim his second successive Diamond League win after cruising to eight points in Monaco.

Three-time champion Timothy Cheruiyot will be hoping to qualify for the final in the men's 1500m, and Sifan Hassan will be back in action in the 3000m following her victory in Silesia.

"We have not had such a high concentration of athletes of the highest level since 2012, the year when the meeting was sold out with Usain Bolt", said Athletissima meeting director Jacky Delapierre.

Click here to see the full schedule for the Lausanne Diamond League.