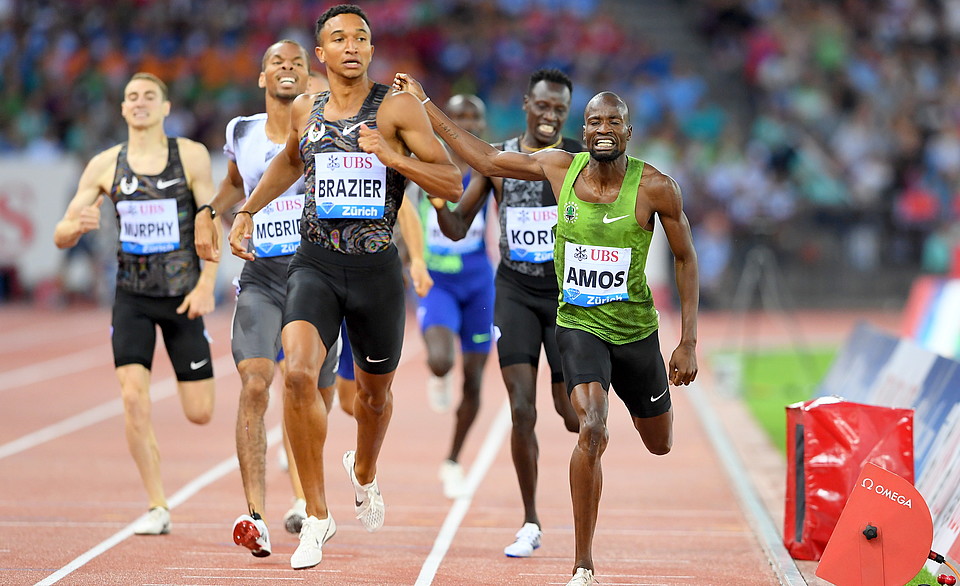 Elaine Thompson, Donovan Brazier and Beatrice Chepkoech are the latest stars confirmed for the first competitive meeting of the season at Herculis in Monaco on August 14th.

The reigning Olympic champion in the 100m and 200m, Thompson will face the likes of Ivorian rival Marie-Josée Ta Lou in the women's 100m. The Jamaican is hoping to pick up her first victory at the Stade Louis II, following podium finishes in 2018 and 2019.

Kenyan steeplechase star Beatrice Chepkoech will return to the scene of her world-record-breaking performance two years ago, when she clocked a breathtaking and still unbeaten 8:44.32

Newly crowned 800m world champion Brazier will compete in Monaco for the very first time, returning to the Diamond League circuit for the first time since he claimed his first career Diamond Trophy in Zurich last year.

He will be joined by fellow American and world champion Grant Holloway, who lines up in the 110m hurdles against home favourite Pascal Martinot-Lagarde.

European champion Justyna Swiety-Erstic will line up in the women's 400m.

Click here to see the full programme for the 2020 Herculis Meeting in Monaco on August 14th.