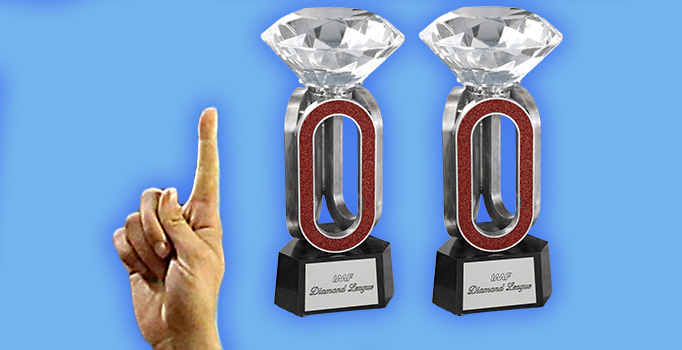 The clock is ticking. In exactly 100 days, the IAAF Diamond League will be back for 2016! The new season will kick off in Doha on Friday, 6 May, and it promises to be a season to remember.

As we begin the countdown from 100 days, we take a look back at some of the best 100m races from the 2015 IAAF Diamond League season.

With the whole world questioning his form, Bolt silenced his critics at last year's Sainsbury's Anniversay Games. In both the heat and the final, he ran 9.87 – a bullish rebuke to all those who thought he might have lost his touch. His Diamond League triumph was a defiant comeback which paved the way for his victory at the World Championships in Beijing a month later.

Another memorable moment from the London leg of last year's Diamond League: Dafne Schippers launched a triumphant summer with victory in the women's 100m final. Surging forward from the back, the Dutch sprint star raced past the likes of Murielle Ahoure, Dina Asher-Smith and Blessing Okagbare to snatch victory.

In a season which eventually saw her take both the Diamond Trophy and gold at theWorld Championships, Fraser-Pryce had started slowly in the Diamond Race. At Paris on July 4, however, she burst away from the rest of the field to take a convincing victory and take the lead in the standings. It was the start of an unrelenting drive to Diamond Race glory, as she followed her Paris triumph with victories in Stockholm and Zürich.

Guess whose finger is making a guest appearance in our 100 days graphic!

Can you guess whose finger is making a guest appearance in our #100days graphic? #DiamondLeague