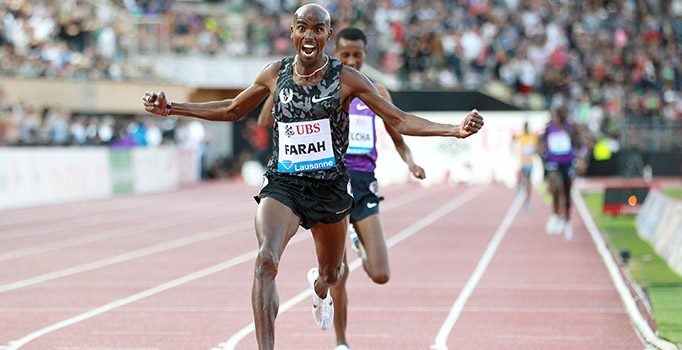 Britain’s double world and Olympic champion Mo Farah will compete at the IAAF Diamond League meeting in Birmingham on Sunday 5 June as he prepares for his Olympic defence.

Farah has targeted the meeting at the Alexander Stadium as one of his major stepping stones as he bids to defend his Olympic titles when the Games open in Rio, exactly two months later, on 5 August.

“The Birmingham Diamond League will be my first big European track race of 2016,” said Farah. “It will be a great platform to test myself on the road to the Olympic Games in Rio – the ultimate competition for every athlete.”

The five-time world champion will next race at the IAAF World Indoor Tour meeting in Glasgow on 20 February and has expressed his intentions to compete at the IAAF/Cardiff University World Half Marathon Championships Cardiff 2016 next month.

Farah is also joining British Athletics in launching his #TwoMoMiles campaign in which he will give 25 fans the opportunity to join him for a once-in-a-lifetime experience of running two miles on Sunday 21 February. Athletics fans have been invited to enter by explaining why they would like to run with Mo via British Athletics social media channels.

“I’m massively grateful for all the support that the British public has given me over the years and it’s been a huge reason for my success,” said Farah. “Having the chance to meet some of my biggest fans and take part in a fun event like this is brilliant. I’m looking forward to meeting the winners in Birmingham and taking them for a bit of a run."