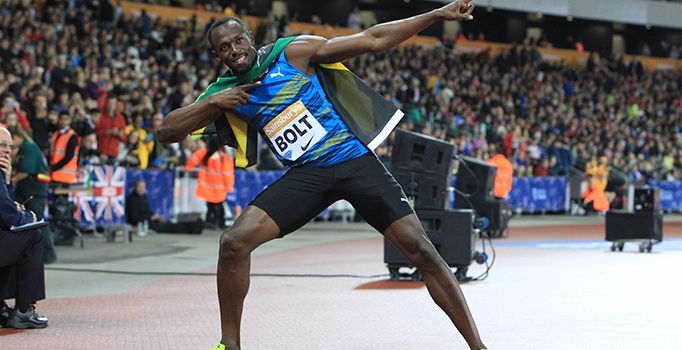 Jamaican superstar Usain Bolt will return to the London Anniversary Games next summer on 22-23 July. His appearance at the IAAF Diamond League meeting in the British capital will be his final race before the Olympic Games in Rio.

The world record-holder’s appearance at this year’s edition of the meeting was his last race before heading to the Chinese capital for the IAAF World Championships Beijing 2015, where he successfully defended his titles in the 100m, 200m and 4x100m.

“I know the athletics fans in London are very knowledgeable and passionate about track and field and will come out in force and create a great atmosphere like they always do,” said the six-time Olympic gold medallist.

“I first competed in the London Grand Prix in 2005 when the event was in Crystal Palace,” he added. “This will be my ninth time to compete in a city I know very well. There are a lot of Jamaicans living in the UK and I always get great support – it is like my home away from home.”