Ones to Watch in 2021: Duplantis and Zango 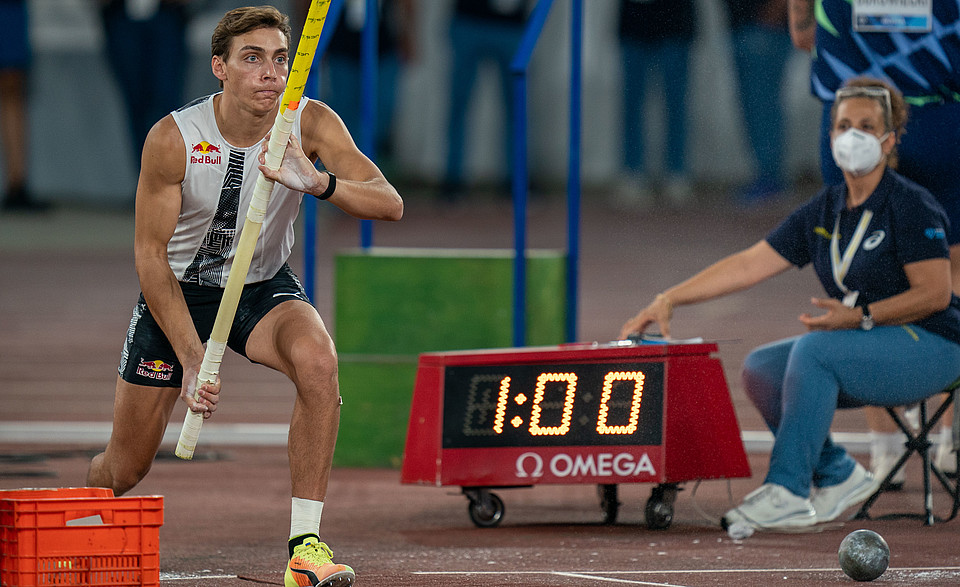 Even a global pandemic couldn't stop Mondo Duplantis reaching new heights in 2020. Can the Swedish pole vault sensation go even higher this year?

When Mondo Duplantis broke the pole vault world record twice in quick succession in February 2020, an outstanding year of Olympic and Wanda Diamond League glory seemed to be on the cards.

The coronavirus had other plans, of course, but even a global pandemic could not stop Swedish star Duplantis from scaling ever greater heights in last year's truncated season.

Having beaten his rival and idol Renaud Lavillenie via video link at Oslo's Impossible Games, Duplantis soared over six metres at both Monaco and Stockholm to take victories in both of the first two competitive meetings of the season.

He later made history in Lausanne, marking the highest outdoor jump in the world for more than two decades with 6.07m, before closing an extraordinary season with an outdoor world best in Rome.

Duplantis' breathtaking 6.15m in the Italian capital last September meant that he now holds the record for both the highest indoor vault and the highest outdoor vault in athletics history.

The 21-year-old will be hoping to take things even further this year, as he looks ahead to a provisional calendar of 14 Wanda Diamond League meetings in 2021.

Duplantis will have the option to compete at six of those meetings on his way to the Diamond League Final in Zurich, including a possible appearance on home soil at the Stockholm BAUHAUS-Galan and a return to the scene of last year's triumph at Lausanne's Athletissima.

He made history several times over last season - can he rewrite the history books once again in 2021?

Hugues Fabrice Zango: The Burkinabe triple jumper won seven of his eight competitions in 2020, ending atop the indoor world list with his 17.77 in Paris. The 27-year-old has made a handful of Wanda Diamond League appearances in recent years, but is yet to claim his first victory on the circuit.

Could he be snapping at the heels of established superstars such as Christian Taylor and Pedro Pablo Pichardo in the 2021 series? The Burkinabe has certainly started the year in fine form, setting a new indoor world record of 18.07m in France last weekend.