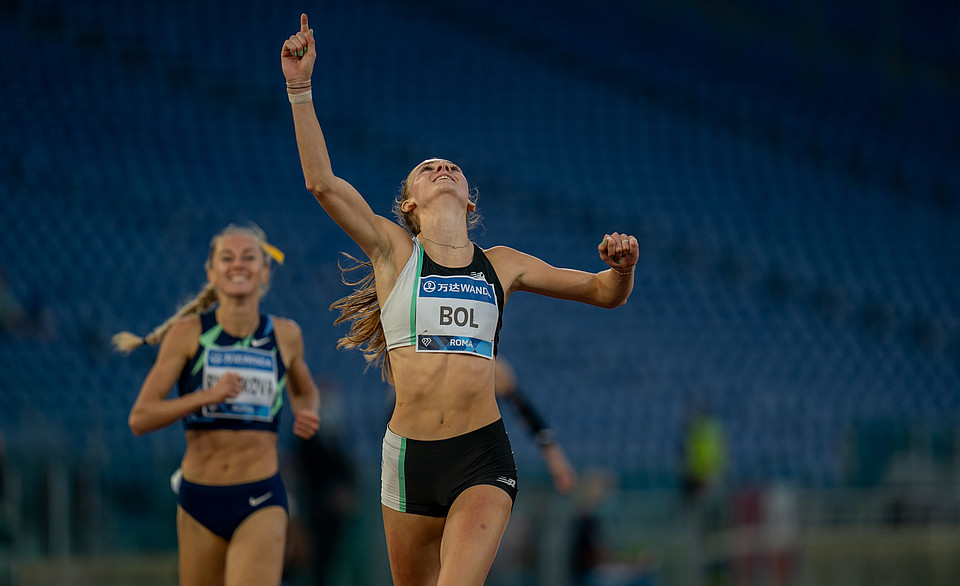 Dutch rising star Femke Bol took the 400m hurdles by storm last year. Can she challenge for the Diamond Trophy in 2021?

Flying Dutchwoman Femke Bol has been on brilliant form this indoor season, breaking the national record in the 400m flat three times in the space of just a few weeks in January and February.

Yet it was in the 400m hurdles that Bol impressed last season, as she burst onto the Wanda Diamond League circuit for the first time in 2020.

With only a handful of Diamond Leauge appearances to her name before the season started, Bol took full advantage of what proved to be a fallow year for many top hurdlers.

The 20-year-old stormed to the top of the world list with a personal best of 53.79 in her native Netherlands in July, and followed it up with back-to-back Wanda Diamond League wins in Stockholm and Rome.

Her 54.68 at the BAUHAUS-Galan was Bol's first win on the circuit, while she went under 54 seconds again to storm to victory at the Pietro Mennea Golden Gala in Rome a month later.

With the women's 400m hurdles currently scheduled for seven meetings in the 2021 season, Bol could return to action in both Stockholm and Rome, as well as in Oslo, London, Eugene, Lausanne and Paris.

Others to watch: Nadine Visser

While Bol was launching her Diamond League career in the 400m hurdles last season, her more experienced compatriot Nadine Visser made her mark on the 100m hurdles. The 26-year-old clocked the fastest time of the Diamond League season with her 12.72 in Rome, claiming her first ever Diamond League win in the process.