Oslo: Five Things To Look Out For 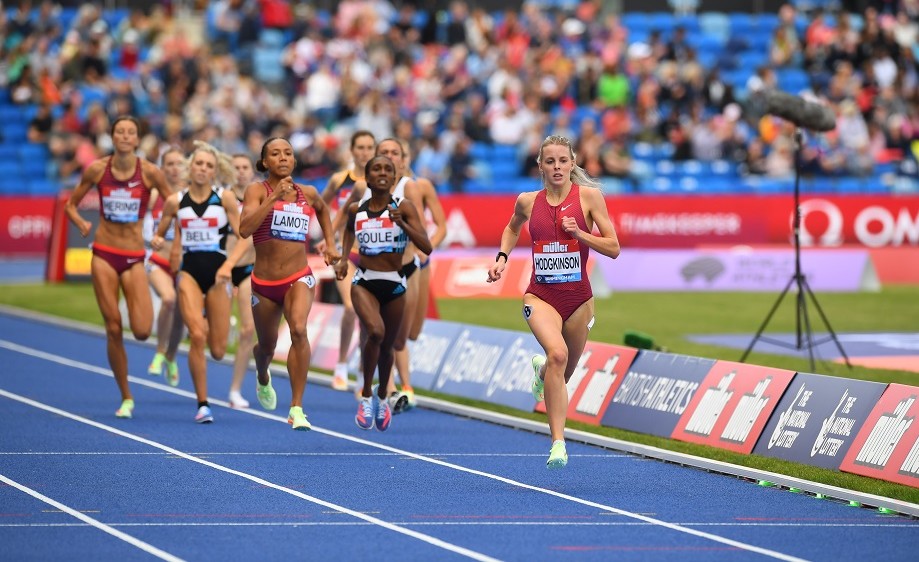 Keely Hodgkinson and Mondo Duplantis will both be aiming to make it three wins in three when they compete at the sixth Wanda Diamond League meeting of the season in Oslo on Thursday.

Karsten Warholm may be out of action after he pulled up injured in Rabat earlier this month, but the fans in Oslo's Bislett Stadium will still have plenty of home superstars to cheer for, with 1500m Olympic champion Jakob Ingebrigtsen chief among them.

Ingebrigtsen leads a strong field in the famous Dream Mile, as both he and the likes of Kenya's Abel Kipsang and Great Britain's Jake Wightman look to continue their recent good form on the Wanda Diamond League circuit. As well as valuable Diamond League points, there is also a certain family pride at stake: none of the Ingebrigtsen brothers have ever won the headline event at the Oslo Diamond League, and 21-year-old Jakob will be out to change that on Thursday.

There is also plenty of talent in the women's middle distance events, as Diamond League champion Keely Hodgkinson returns to action in a stacked 800m field.

The 20-year-old rising British star will be up against compatriots Laura Muir and Jemma Reekie as well as Jamaica's Natoya Goule and Uganda's Halimah Nakaayi as she aims to make it three wins in three Diamond League appearances following her victories in Birmingham and Eugene last month.

With Olympic champion Athing Mu having thrown downt he gauntlet with an impressive performance in Rome last week, Hodgkinson is also under pressure to show that she too remains a favourite to defend her 800m title in 2022.

Duplantis back on the runway

Another athlete aiming to make it three in three on Thursday is Mondo Duplantis, who returns to the men's pole vault runway after cruising to victories in Doha and Eugene.

Duplantis will also be chasing his own meeting record of 6.01m, which he set last year, as he looks to emulate the form which saw him break the meeting record in each of his five victories last season.

Lamont Marcell Jacobs was due to run in Oslo before his season was thrown off course by injury, but there will still be an Olympic champion in the starting blocks of the men's 100m, as 200m gold medallist Andre De Grasse returns to Bislett for the first time since his 100m victory there in 2017.

For the Canadian, it will be a good chance to secure some much-needed Diamond League points in his bid to reach the final, after 4th and 9th placed finishes in Birmingham and Eugene respectively.

The women's 5000m has been one of the most difficult-to-call Diamond Disciplines in 2022, with four different winners from four different races so far. Title holder Francine Niyonsaba stormed to victory in the season opener in Doha, before Dayit Seyaum and Ejgayehu Taye made it back to back wins for Ethiopia in Birmingham and Eugene and Mercy Cherono picked up her first Diamond League win since 2015 in Rabat.

Seyaum is the only one of those on the start list on Thursday, but faces tough competition from the likes of compatriot and Tokyo bronze medallist Gudaf Tsegay, Britain's Eilish McColgan and home favourite Karoline Bjerkeli Grøvdal.