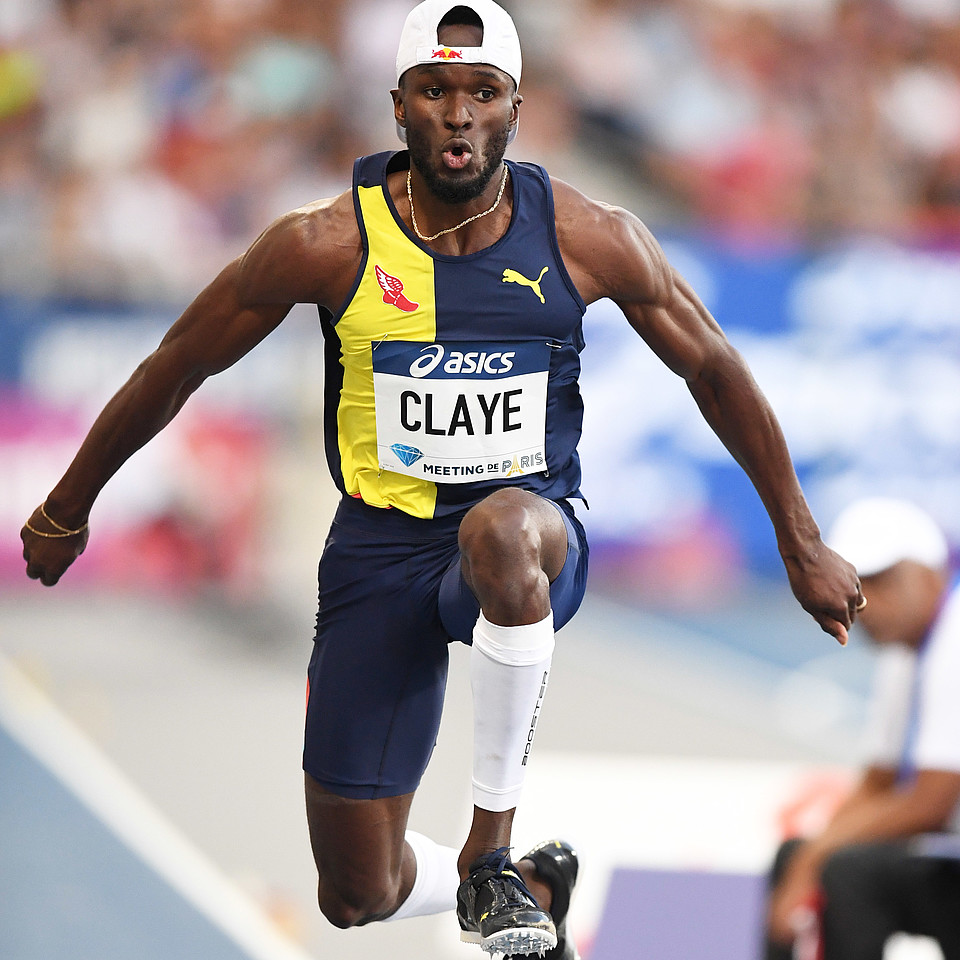 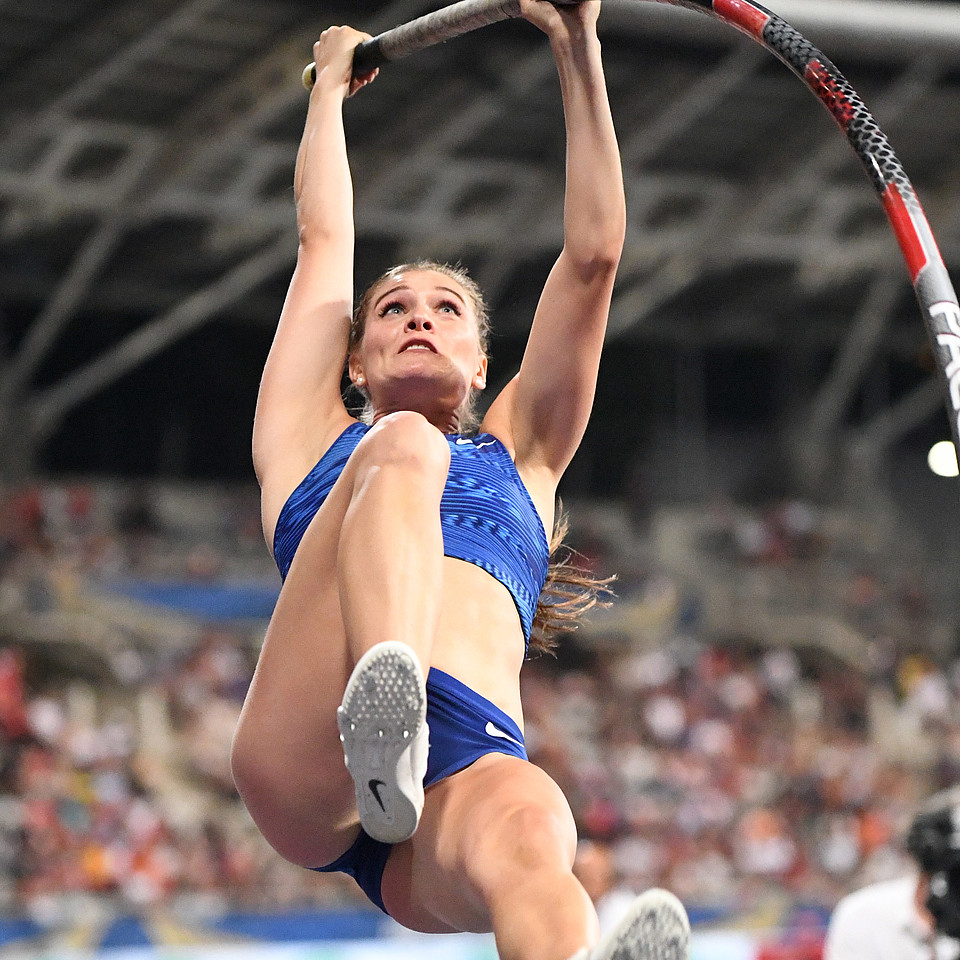 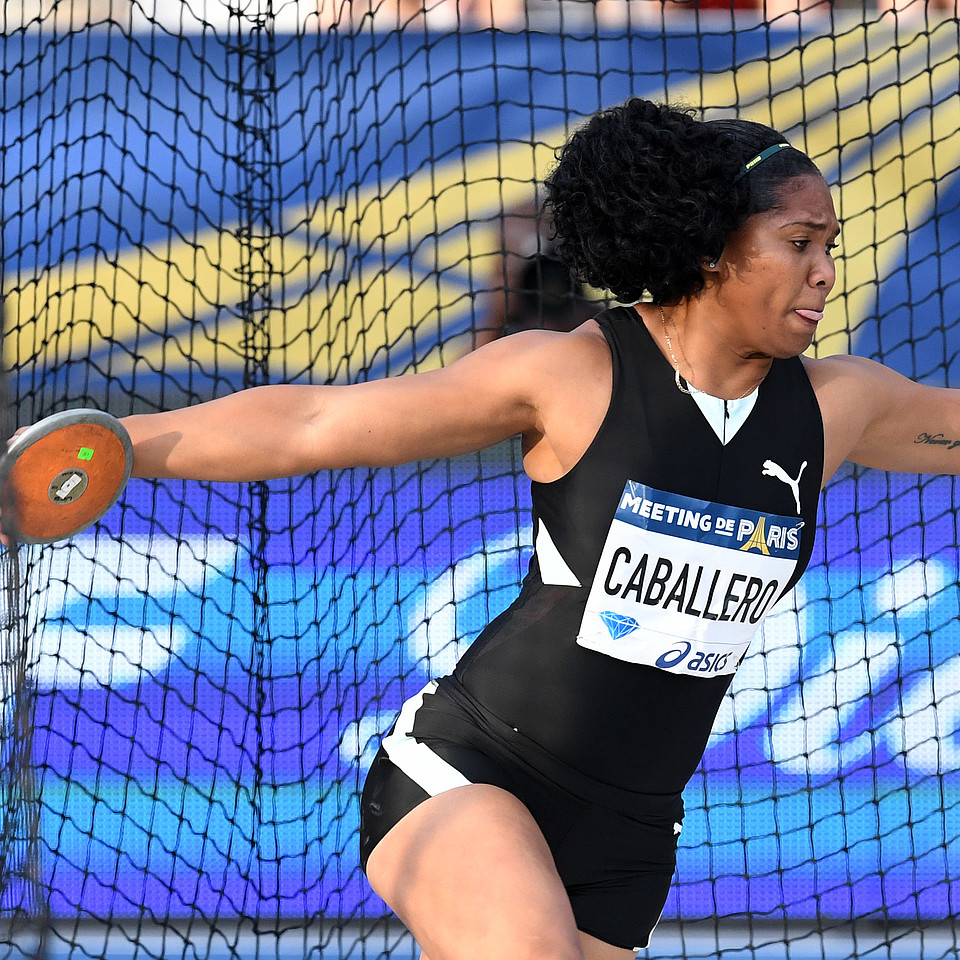 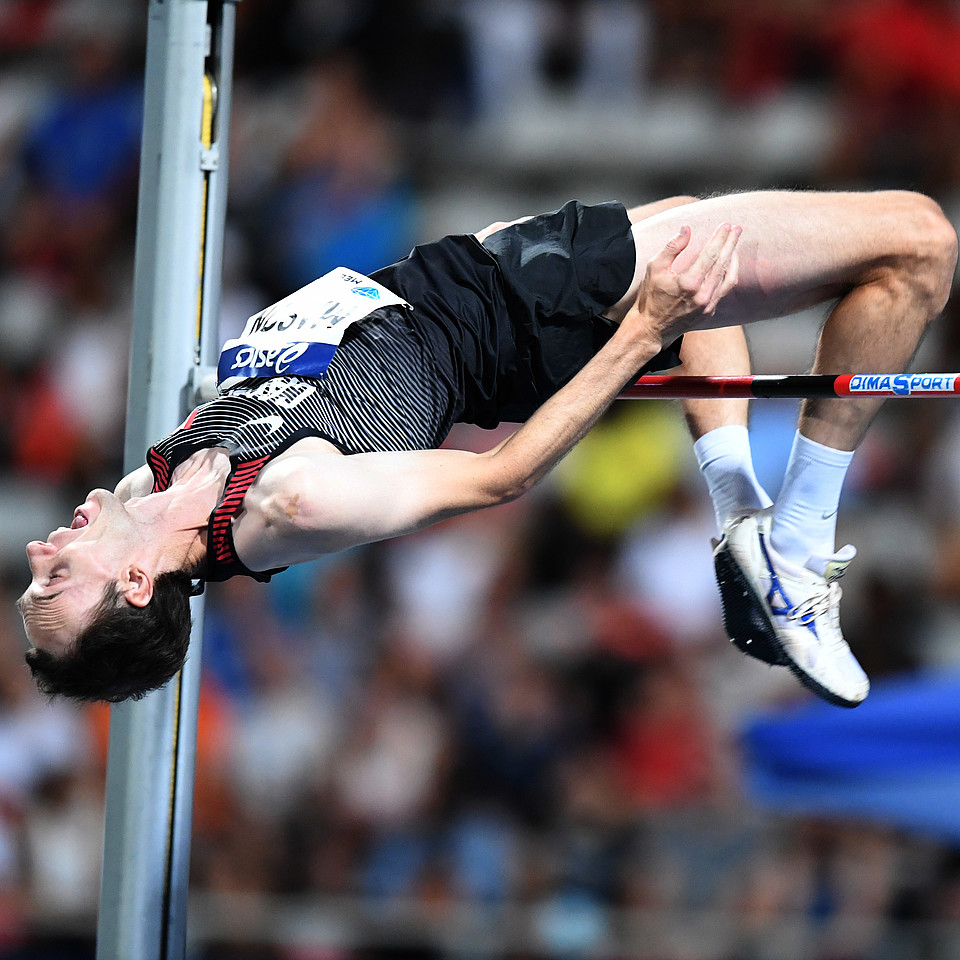 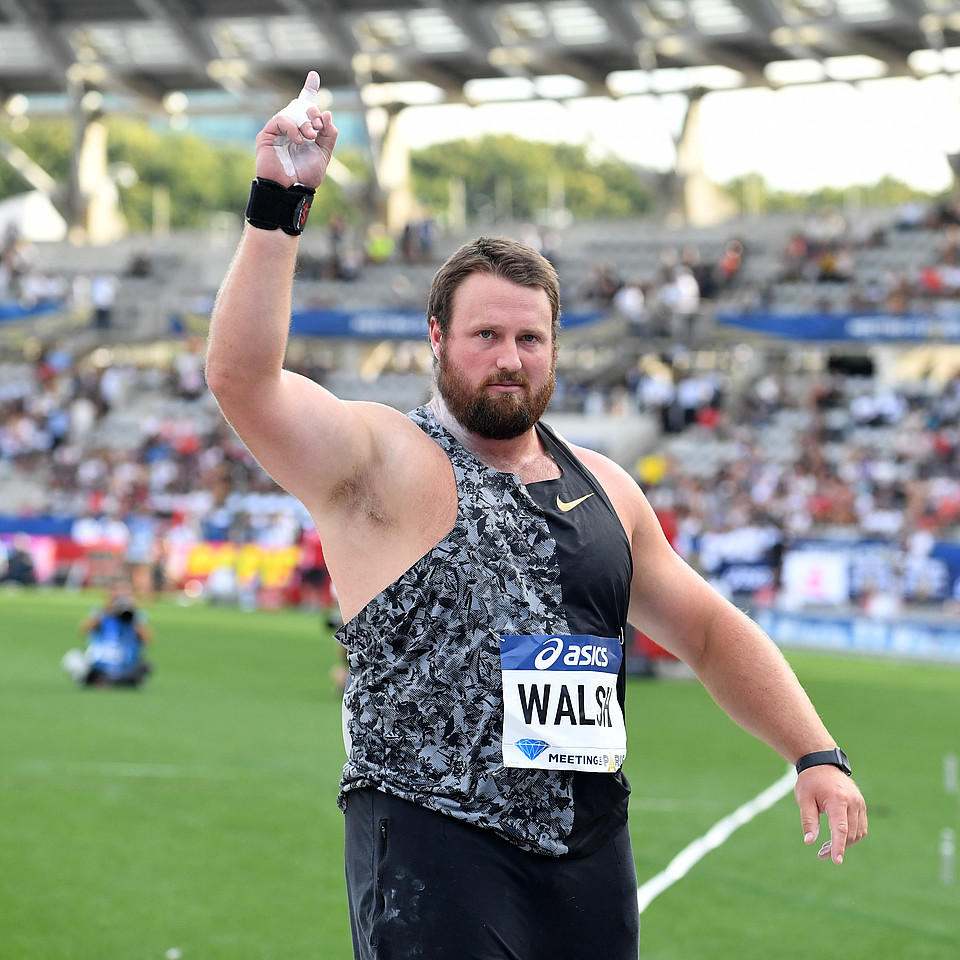 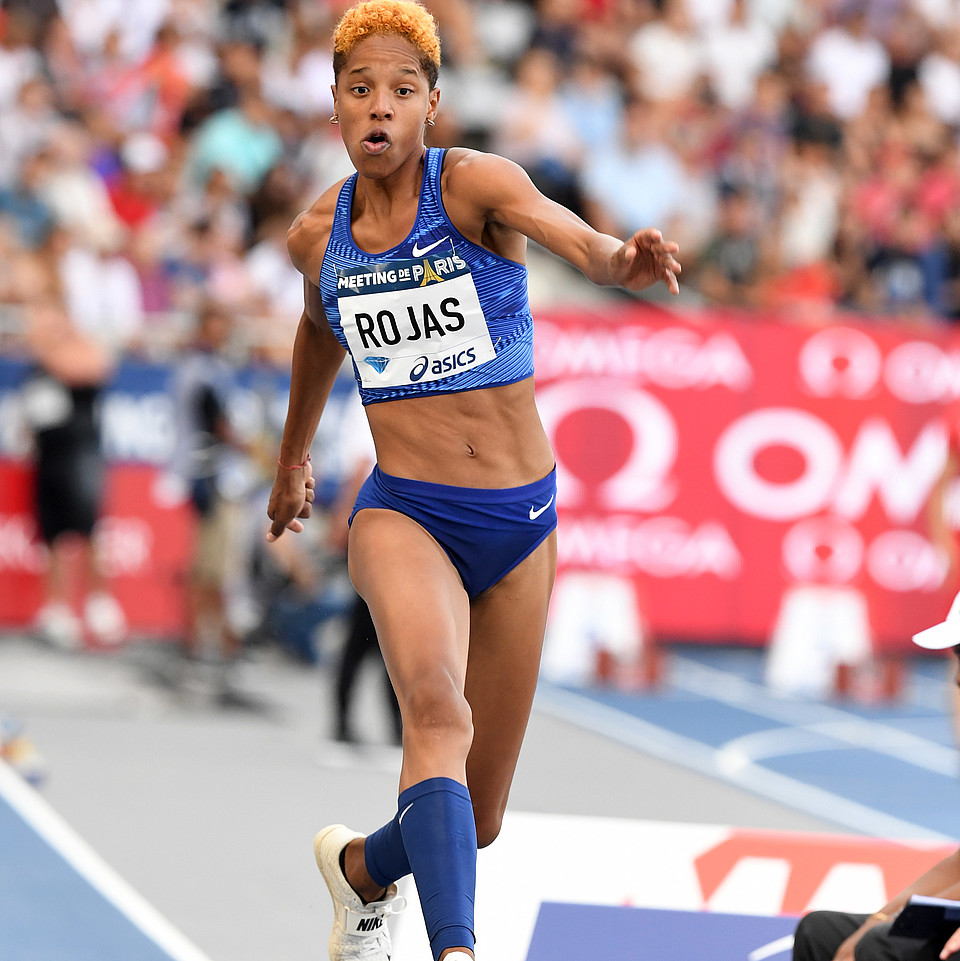 In the final qualifying fixture of the 2019 IAAF Diamond League, Will Claye out-Taylored world and Olympic triple jump champion Christian Taylor to win a thrilling contest at the close of the Meeting de Paris at the Stade Charlety in Paris on Saturday (24) with a meeting record of 18.06m.

The man who has taken world silver and Olympic silver twice behind his college-mate, friend and rival danced beside the pit as he waited for confirmation of what he knew in his bones was a winning flourish.

Claye had overtaken Taylor with a fourth-round effort of 17.71m, but when his rival responded with a fifth-round mark of 17.82m it seemed as if his sleepless nights fretting over his last-ditch defeats were not over.

All that changed as he thundered down the new surface and landed in joy.

Taylor, darkly determined ahead of his final effort, went big. But the red flag signalled that it was Claye’s turn to shine. As Claye charged down for one final flourish that ended with a run-through, Taylor stood alongside the landing pit and clapped him on, encouraging the crowd to join in.

This rivalry will run and run, all the way to the IAAF Diamond League final and IAAF World Athletics Championships Doha 2019.

“It was a great day,” said Claye. “I think I’m in a very good space right now, not just physically but also with my mind-set. My confidence is very high and I’ve been taking care of myself.

“My grandma passed away earlier this summer and I know she’s watching over me too,” added the world indoor champion. “I think I can achieve the biggest of feats. It’s hard to talk about a number for Doha but I want to win.”

With five men involved who had thrown beyond 22 metres this season, the shot put was always going to be an almighty contest. And so it proved as New Zealand’s world champion Thomas Walsh got the party started with a meeting record of 22.44m in the first round.

In the end the event turned out to be the Kiwi’s own personal party as he produced four consecutive efforts over 22 metres, registering 22.10m, 22.21m and 22.31m. At that point visions rose of him matching the only other recorded sequence of six out of six 22-metre throws achieved by Italy’s Alessandro Andrei in 1987.

Two fouls in his last two rounds ended that line of speculation, but he had nevertheless matched the feat of Brazil’s Darlan Romani at the IAAF Diamond League meeting in Stanford.

Romani, whose Stanford sequence included a season’s best of 22.61m, moved up to third with a best of 21.56m, with Olympic silver medallist and 2015 world champion Joe Kovacs of the United States finishing second with 22.11m.

It was the first time eight men had thrown beyond 21 metres in a single shot put competition.

“I knew I had something today,” said Walsh. “I was feeling really good in the circle. Coming out in the first throw it popped out of my hand and it was really easy, smooth, and I was really happy with that. I had another three good throws. Then I started pushing a bit and it was not exactly what I wanted.

“But I’m really happy for my first comp in two months and my first in the lead-up to Doha.”

As the big shots thundered at one end of the stadium, the not quite so big shots – decathletes all – gathered at the other end for the first leg of their triathlon.

And soon France’s world champion and record-holder Kevin Mayer was side-skipping in delight back up the straight after his first effort had gone out to 17.08m, a huge improvement to his personal best of 16.51m.

It proved to be a hugely profitable evening for Mayer in an event he is pitching to become a regular fixture in IAAF Diamond League meetings, as he won the long jump with 7.50m before breaking his 110m hurdles personal best with victory in 13.55.

“Of the two PBs I got tonight, the shot put is the most amazing,” Mayer said. “I’ve never been so happy with a performance. To be honest I have never known anyone in a decathlon able to throw 17 metres. Now I’ve done it I am so happy, I have no words. Now I can’t wait to be at Doha.”

Yulimar Rojas, one of the most electric talents on the circuit, fizzled and flared all the way through a triple jump that she won with her second-round effort of 15.05m – six centimetres shy of her best of 15.11m set in winning the Pan American title in Lima earlier this month.

A fourth-round effort of 14.93, taking off 34 centimetres behind the plasticine, hinted at her possibilities of approaching Inessa Kravets’ world record of 15.50m from the 1995 World Championships, but that can keep to another day.

With Claye jumping beyond 18 metres in the men’s event and Rojas surpassing 15 metres in the women’s, it was the first time both barriers had been bettered on the same day.

Cuba’s Liadagmis Povea was second with 14.75m, but also jumped 14.68m in the final round, taking off 38 centimetres behind the plasticine. Huge potential; adjustments required. In third place, US champion Keturah Orji set a personal best of 14.72m.

The men’s and women’s pole vault competitions presented a fascinating spectacle alongside the back straight, with each running in from opposite directions to their respective take-off areas.

World champion Sam Kendricks, who claimed the North American record in winning last month’s US trials with 6.06m, was in six-metre airspace once again, equalling the meeting record as he won what was a non-scoring event with 6.00m.

Brazil’s Augusto Dutra was second with a season’s best of 5.80m. There were to be no further Paris heroics from Renaud Lavillenie, France’s world record-holder, who finished sixth with a best clearance of 5.60m.

The women’s pole vault proved a more closely contested affair, with Canada’s Commonwealth champion Alysha Newman winning with a national record of 4.82m, achieved at the third attempt, to hold off the challenge of world, Olympic and European champion Katerina Stefanidi.

The Greek vaulter cleared 4.75m, with Sandi Morris of the United States and authorised neutral athlete Anzhelika Sidorova third and fourth on the same height.

Croatia’s world and Olympic discus champion Sandra Perkovic, still seeking top form after making a late start to the season because of injury, took another encouraging step here as she finished second with 65.01m behind Cuba’s Denia Caballero, who won with 66.91m ahead of China’s Feng Bin on 64.90m.

Michael Mason of Canada won the men’s high jump with 2.28m, with Andriy Protsenko of Ukraine and authorised neutral athlete Ilya Ivanyuk second and third on the same height.