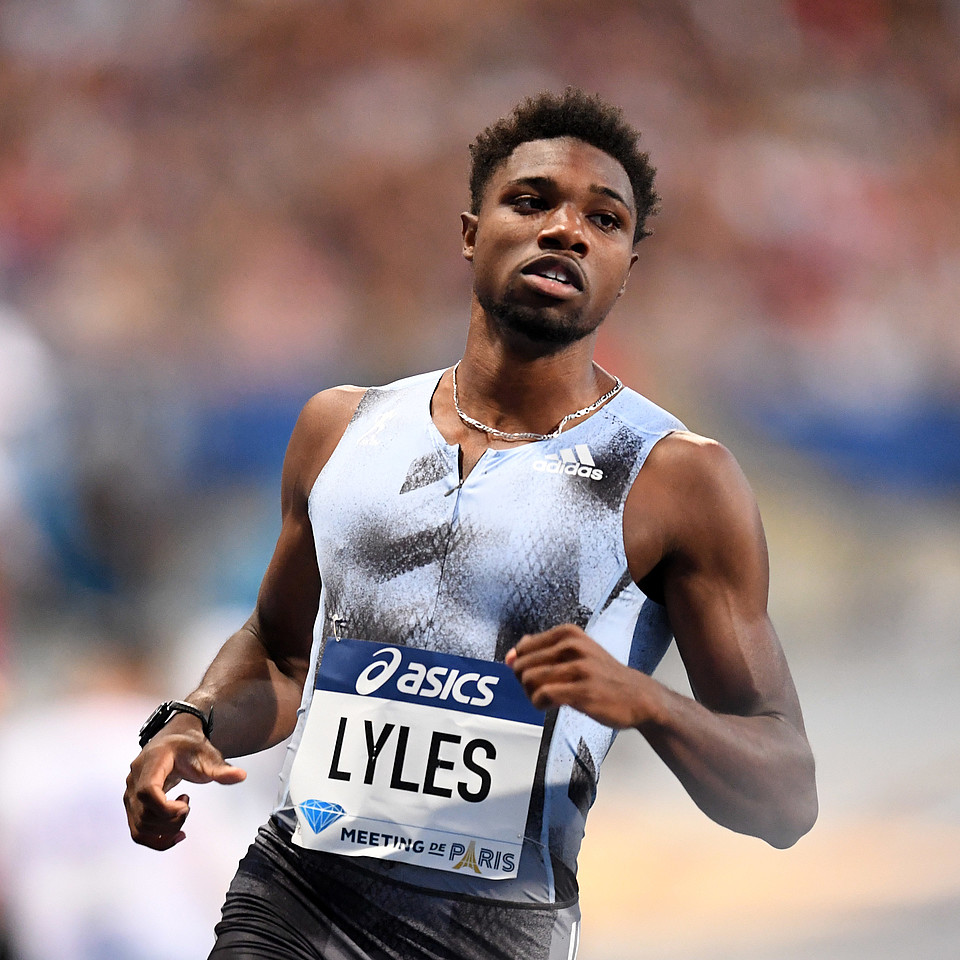 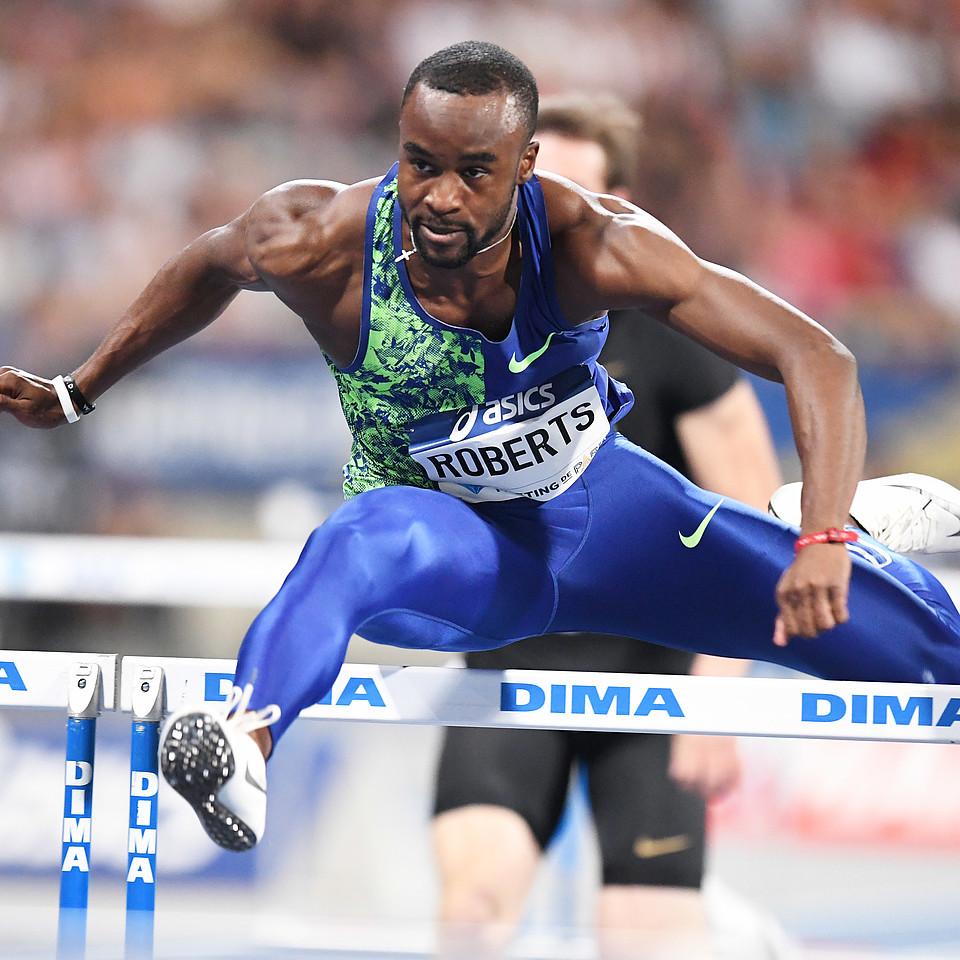 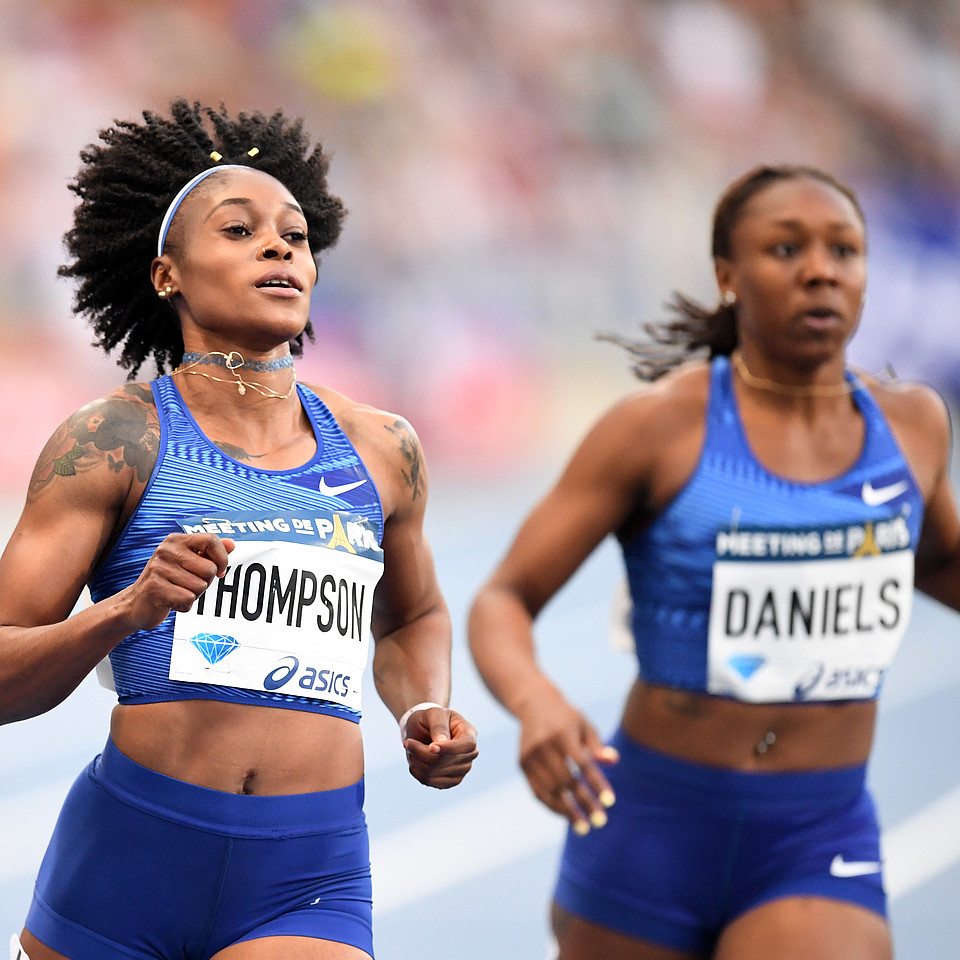 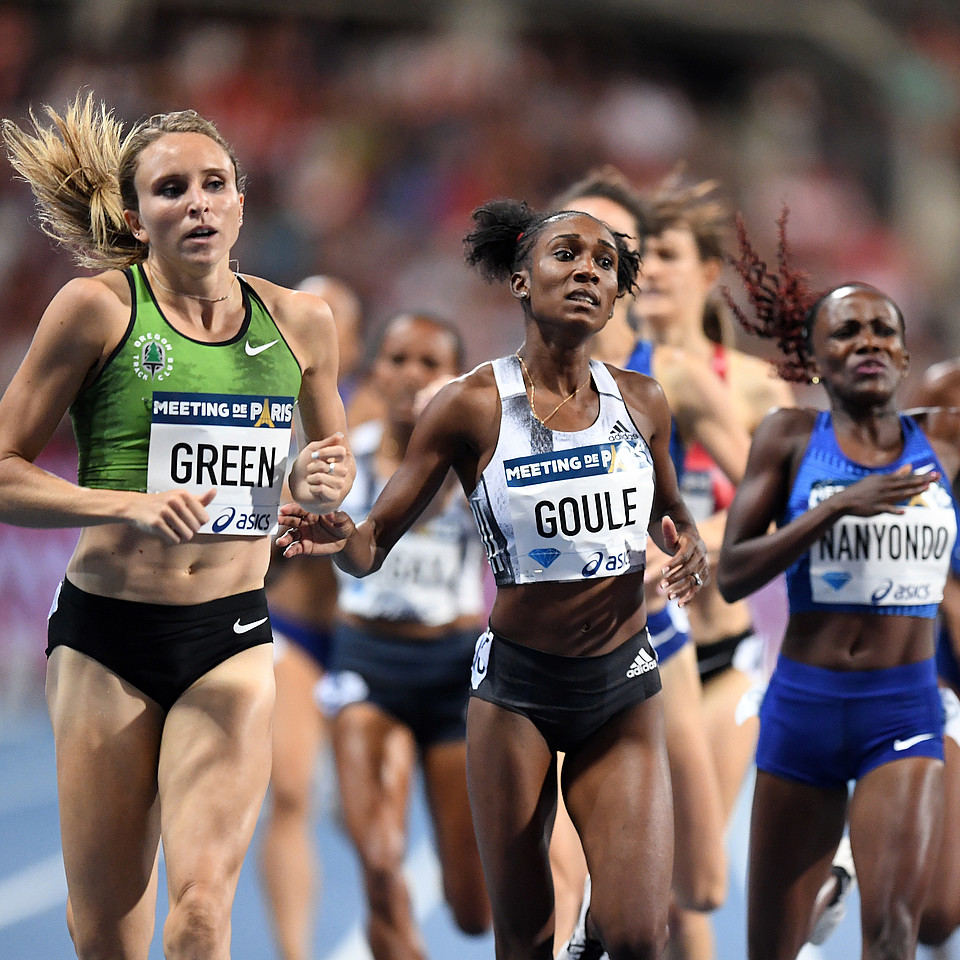 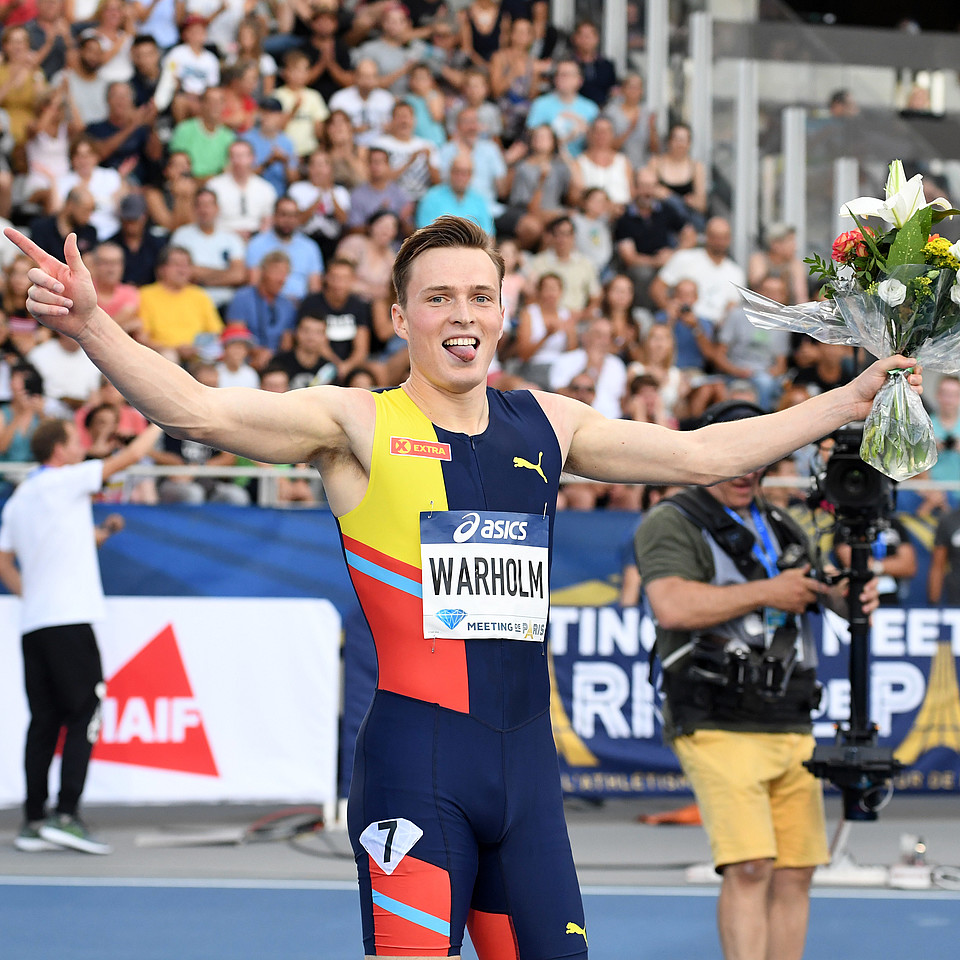 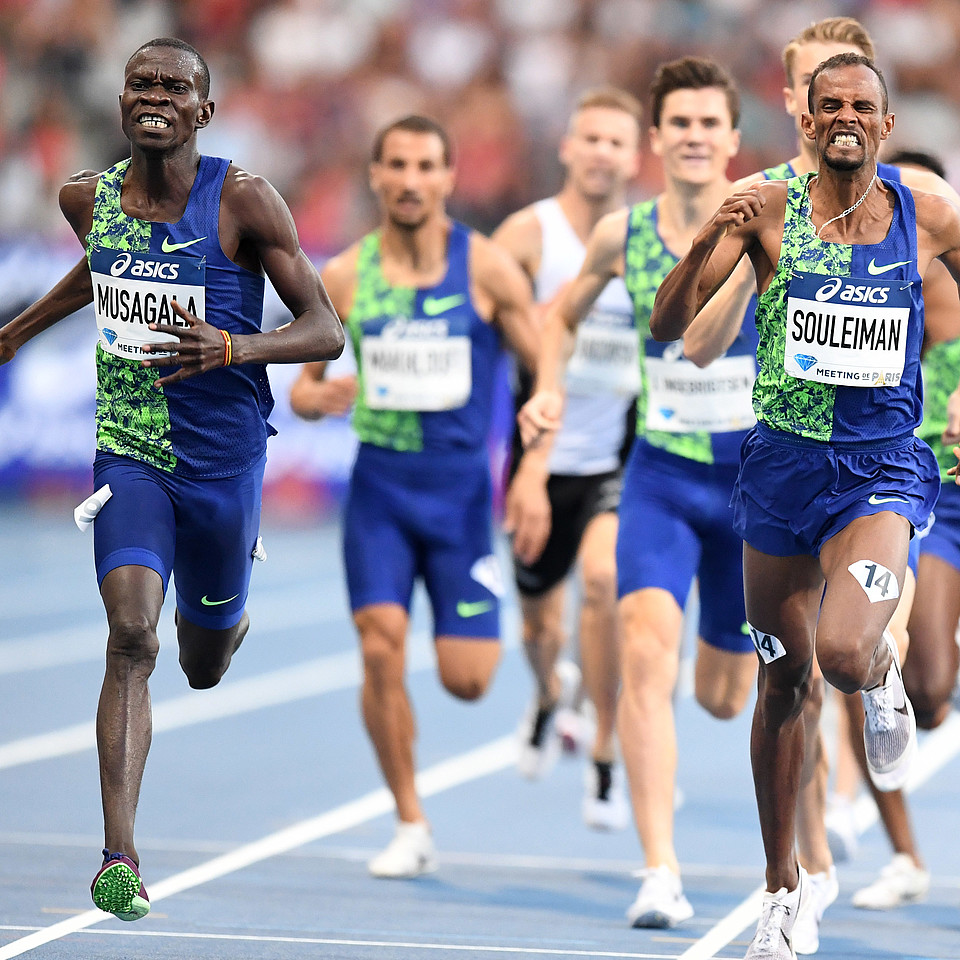 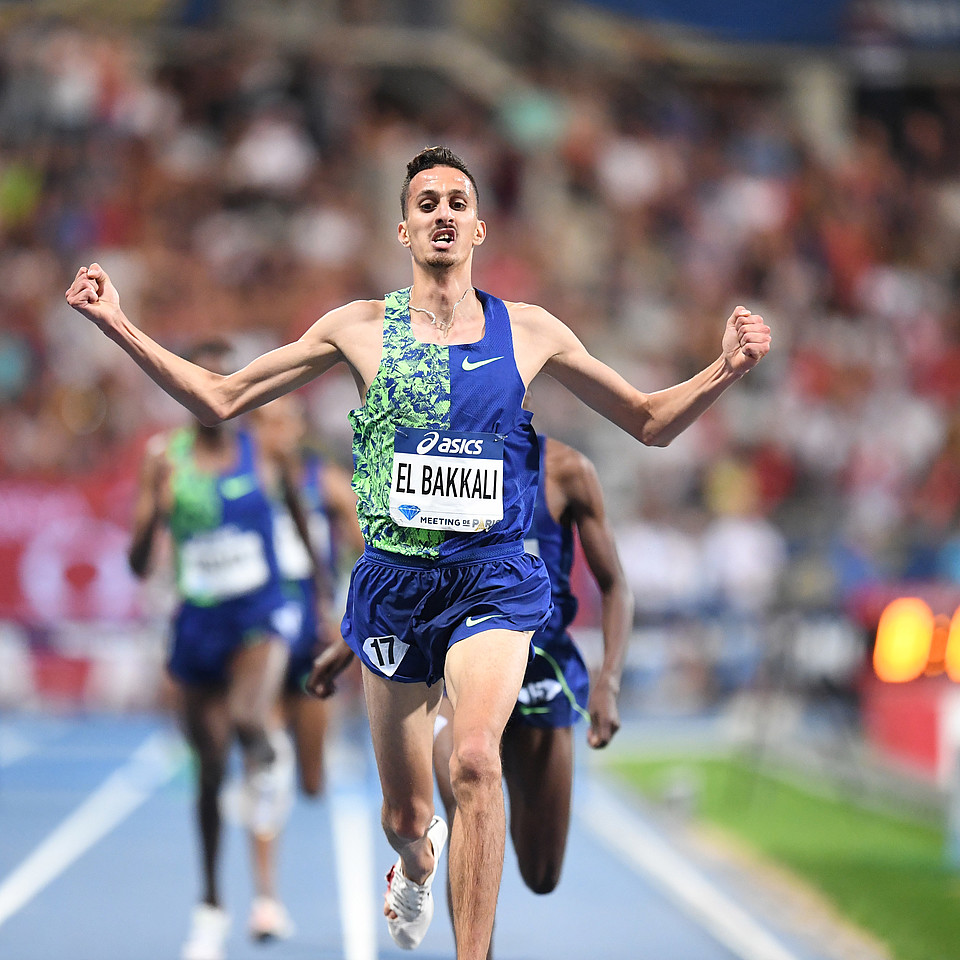 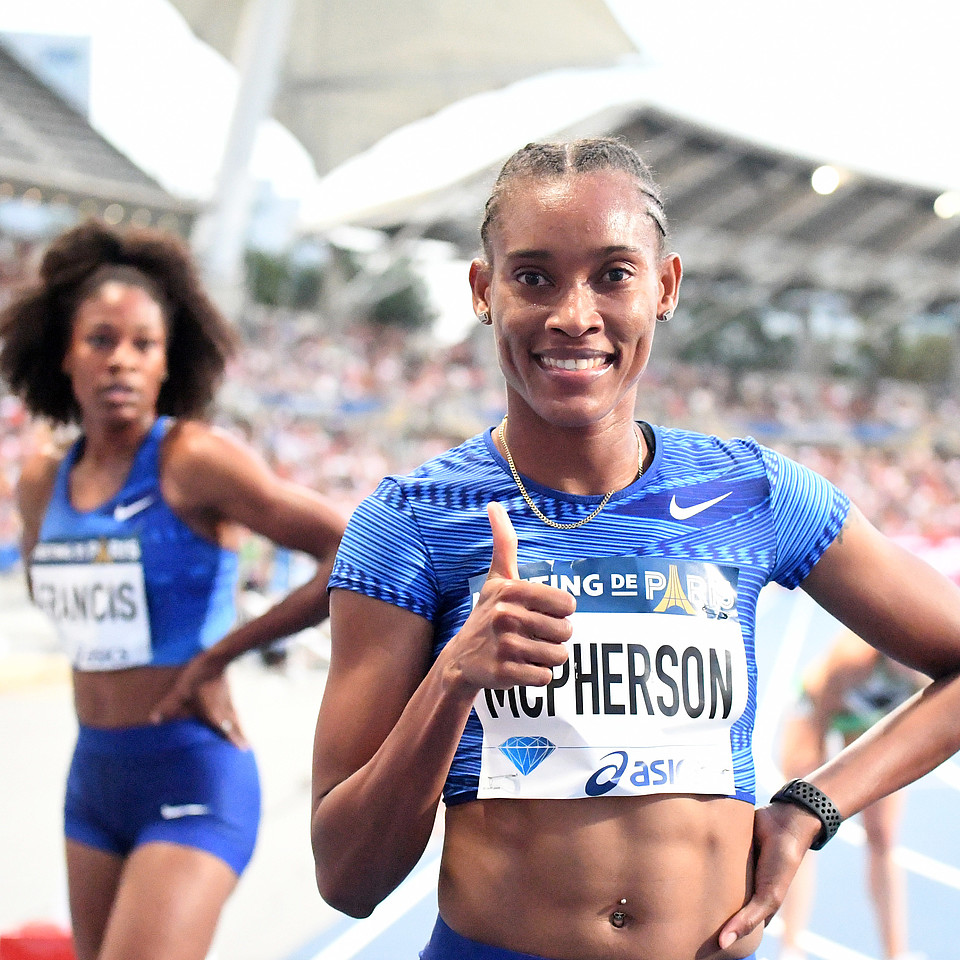 Noah Lyles is heading towards the IAAF Diamond League final, and the IAAF World Athletics Championships Doha 2019 beyond, at warp speed.

The 22-year-old US sprinter flowed to a 200m time of 19.65 on the newly laid blue track of the Stade Charlety to record one of the most emphatic wins of the night at the Meeting de Paris on Saturday (24).

In his wake was Turkey’s world champion Ramil Guliyev, who finished in 20.01 ahead of Canada’s Aaron Brown, who was timed at 20.13.

After running a time only he has bettered this season – having clocked 19.50 at the IAAF Diamond League meeting in Lausanne – Lyles is looking hugely likely to dispossess Guliyev of his title later this year, especially as he has simplified his running programme by deciding not to try to double up over 100m in Qatar.

“I’m coming off a loaded week in training so that gives me a lot of confidence,” said Lyles, whose winning mark bettered Usain Bolt’s meeting record of 19.73 from 2013. “It felt fast. I blinked and all of a sudden the race was over.

“I’ve been putting in some great training sessions, but it’s always different when you’re over here in Europe, it’s like a hiccup to overcome in itself with the travel.

“When I was coming off the turn it felt like such a fast track, the fastest I’ve ever felt coming off the turn. Looking to Doha, it’s not about going after Bolt’s record or anything like that, but when we get there we’re willing to go after any event.”

Ronald Musagala dipped like a high hurdler to win a men’s 1500m race that was every bit as competitive as forecast, equalling the Ugandan record of 3:30.58 he set at last month’s IAAF Diamond League meeting in Monaco.

Sudan’s Ayanleh Souleiman, who had taken over the lead when the second pacemaker peeled away early on the final lap, was passed in the final 30 metres, finishing second in a season’s best of 3:30.66 ahead of the Ingebrigtsen brothers.

On this occasion it was Filip who had the better run, finishing third in 3:31.06 as reward for a tactically astute race, with his 18-year-old brother Jakob fourth in 3:31.33. For the first time ever outside of Monaco, the top 10 finished inside 3:32, with Stewart McSweyn of Australia equalling his personal best of 3:31.81, Ethiopia’s world indoor champion Samuel Tefara finishing a place behind him in ninth, a hundredth of a second behind, and Marcin Lewandowski, who set a Polish record of 3:31.95.

“If I can run in Doha like I ran here, anything is possible,” said Musagala. “My target is a medal.”

Morocco’s Soufiane El Bakkali won an exciting men’s 3000m steeplechase, but at a cost, as he limped away with blood all over his shoe after being badly spiked in a race where Kenya’s world and Olympic champion Conseslus Kipruto, making his season’s debut after recovering from a broken foot, also walked away gingerly after finishing fifth.

El Bakkali had three rivals for company when he took the bell, as first Ethiopia’s Lamecha Girma, then Kenya’s Benjamin Kigen, strove to pass him. The taller Moroccan held his position, however, checking either side of him in the final strides before raising his hands in triumph, clocking 8:06.54.

Karsten Warholm won the 400m hurdles in characteristically bold style as he came home in 47.26, 0.14 off the European record he set in London last month. What may prove significant is that the world and European champion managed to repeat the feat he accomplished earlier this month in winning the Norwegian title, namely taking 13 steps between each hurdle.

France’s Ludvy Vaillant clocked a personal best of 48.30 in second place, ahead of reigning Diamond League and Commonwealth champion Kyron McMaster of the British Virgin Islands, who finished in a season’s best of 48.33.

“I’ve been very consistent and hitting good times,” said Warholm. “So far the three best people haven’t met (all in one race) so that’s why I get to win so much at meets like this, but we’re all trying to get the work in to be in peak form for Doha.”

Daniel Roberts, the US trials winner in the 110m hurdles, earned victory in what was only the third IAAF Diamond League meeting of his career, coming home in 13.08 ahead of Spain’s Olympic silver medallist Orlando Ortega, who clocked 13.14, and US compatrior Freddie Crittenden, who recorded a personal best of 13.17.

France’s European champion Pascal Martinot-Lagarde, making a return after illness, was fifth in 13.24, and 2015 world champion Sergey Shubenkov an unhappy last in 13.88.

“In Doha my aim will be the gold,” said Roberts. “That’s always the goal.”

There was a Jamaican win too in the women’s 400m as Jamaica’s Stephenie Ann McPherson’s strong finish in lane seven earned her victory in 51.11 ahead of three US runners – Kendall Ellis, who clocked 51.21, Shakima Wimbley, on 51.50, and world champion Phyllis Francis, who relinquished her lead halfway down the finishing straight, clocking 51.56.

France’s world 800m champion Pierre-Ambroise Bosse was involved in one hell of a race here – but unfortunately for him he was not at the sharp end as Canada’s Brandon McBride wrung every scrap out of himself to protect his lead all the way down the finishing straight from Wesley Vazquez.

The winner of this non-scoring event clocked 1:43.78, with Vazquez setting a Puerto Rican record of 1.43.83. Bosse found himself being overtaken in the finishing straight, but held some form to finish sixth in a season’s best of 1:45.07.

The women’s 800m did count in the IAAF Diamond League, and Hanna Green of the United States made the last 20 metres count as she moved up to pass Natoya Goule just before the line, clocking 1:58.39 to the Jamaican’s 1:58.59. Despite huge support from a crowd that created a proper athletics atmosphere from the start of the programme, home runner Renelle Lamote could only manage eighth place in 2:00.40, narrowly missing the French Federation’s qualifying time for the World Championships.