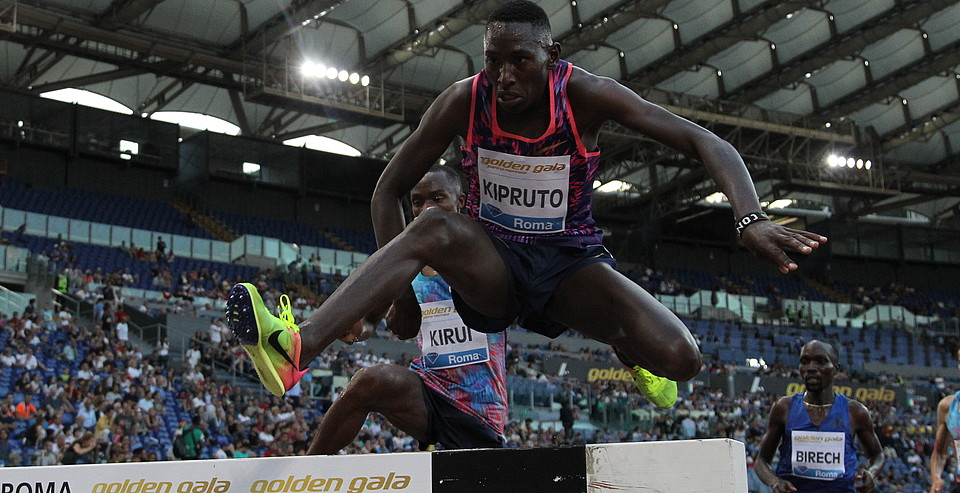 The MEETING de PARIS, organised on 24 August 2019 at the Charléty Stadium, promises spectators the very best athletics has to offer. With some ten days to go till the event, the line-up is taking shape and with it comes a wealth of promise. We get an overview of the four latest clashes you cannot miss...

Men’s 3,000m steeplechase: the World champion against the No.1 in the world

The duel offered up by the Parisian organisers for the men’s 3,000m steeplechase is an event in itself. The face-off will comprise the Olympic and reigning world champion, Kenyan Conseslus Kipruto, and world number 1 this season, Moroccan Soufiane El Bakkali. The first has chosen the MEETING de PARIS to make his comeback, having had some time out from the track in May after fracturing his foot. The second has already posted two wins this season in the IAAF Diamond League, on 3 May in Doha (8’07’’22), and above all on 12 July in Monaco (8’04’’82). The 8-minute barrier could be shattered for the first time this season. This sterling opposition may well encourage Frenchman Djilali Bedrani to set another personal best too (8'09''47 in Monaco).

The men’s 1,500m will be one of the most open and exciting races of the evening. Taking the start will be two of the three medallists over the distance at the Rio Games in 2016, Algerian Taoufik Makhloufi (silver) and New Zealander Nick Willis (bronze) against the Norwegian sensations Jakob and Filip Ingebrigtsen, respectively credited with 3’30’’16 and 3’30’’82 this year. They’ll also be up against Ugandan Ronald Musagala (3’30’’58 on 12 July in Monaco, personal best), Djiboutian Ayanleh Souleiman (3’30’’79 on 5 July in Lausanne), and also the young Ethiopian, 19-year-old Samuel Tefera, who has run 3’31’’39 this season. On a roll this year (3’35’’98 on 16 June in Rabat, 3’34’’23 on 12 July in Monaco), the young Frenchman Alexis Miellet may well make the most of the opportunity to improve his personal best time still further.

The shot put competition at the MEETING de PARIS 2019 will boast no fewer than five shot-putters who have thrown in excess of 22m: Brazilian Darlan Romani (22.61m on 30 June at Palo Alto); American Joe Kovacs, world champion in 2015 (22.31m on 26 July in Des Moines); New Zealander Tomas Walsh, world champion in 2017 (22.27m on 20 June in Ostrava); American Darrell Hill, American champion this season (22.11m on 26 July in Des Moines) and Bob Bertemes from Luxembourg, who’s improved on his personal best by 1.22m this year (22.22m). Darlan Romani is the least well known of the bunch, yet his progress speaks volumes about his potential: 21.82m in 2017, 22m last year, 22.61m this season. Frenchman Frédéric Dagée, four-time champion of France, might well make the most of the stellar line-up to better his personal best outdoors, which stands at 20.35m from this year.