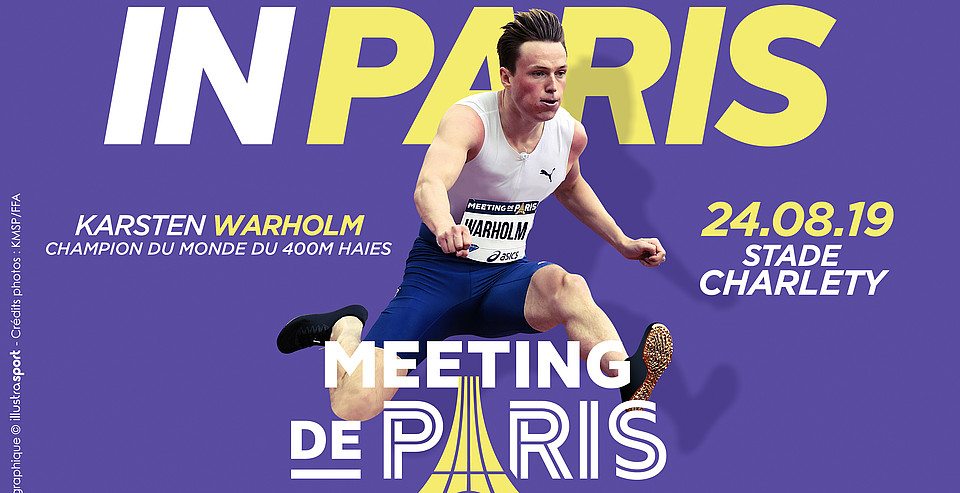 World 400m hurdles champion Karsten Warholm and double Olympic champion Elaine Thompson have been added as headline acts for the Meeting de Paris, the 12th stop of the 2019 IAAF Diamond League, on 24 August.

Warholm has been blazing this season, twice breaking the European record in his event, first to 47.33 in Oslo and again to 47.12 in London, the fastest in the world this year. Last year, Warholm finished third at this meeting. Underscoring his current form, Warholm took the Norwegian title on 2 August in what was essentially a time trial, clocking 47.43 and winning by more than three seconds.

Jamaican Thompson, the 2016 Olympic 100m and 200m champion, will face African champion Marie-Josee Ta Lou, Dutchwoman Dafne Schippers and Teahna Daniels who notched an upset 100m victory at the US championships on 26 July. Thompson, who won at this meeting in 2017, is the co-world leader at 10.73.

Organisers for the IAAF