Rivalries and rematches in star-studded Stockholm 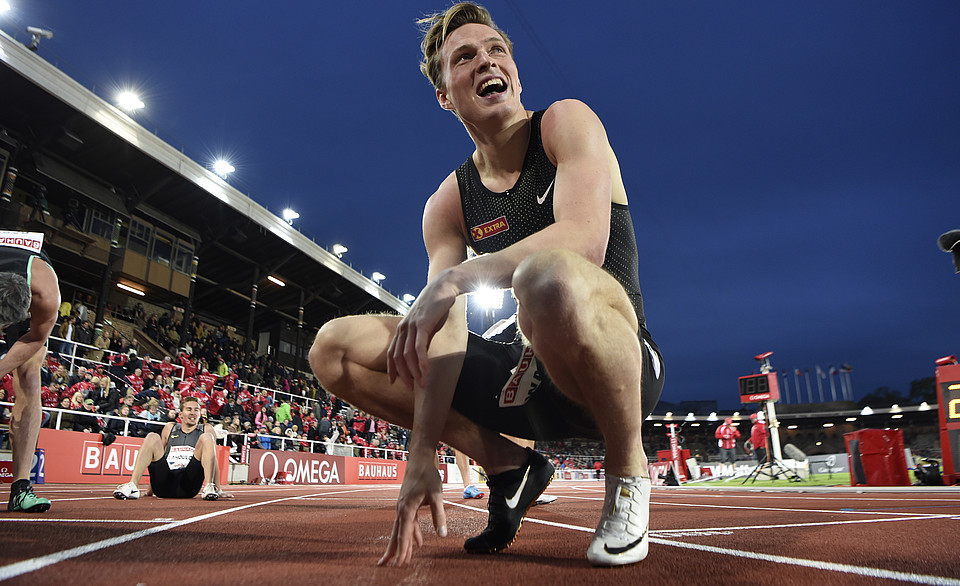 Old foes and recent rivals prepare to do battle again this Sunday as the Wanda Diamond League season resumes in Stockholm.

Following the fireworks in Monaco a week ago, the Wanda Diamond League season continues this weekend with the second competitive meeting of the season in Stockholm.

BAUHAUS-Galan will once again bring together some of the world's finest athletes, with some facing old rivals while others look to avenge defeats inflicted in Monaco.

Here's a brief overview of some of the key clashes to look out for on Sunday afternoon:

Stockholm is always a chance to showcase some of Scandinavia's finest talents, and 2020 is no different, with Sweden's Daniel Ståhl headlining the discus, Denmark's Sara Slott Petersen in the 400m hurdles and Mondo Duplantis on the pole vault runway.

But on the track at least, the biggest names this season will come from Norway, with 400m hurdles star Karsten Warholm and two of the Ingebrigtsen brothers set to don their spikes at the Stockholm Olympic Stadium.

Warholm has good memories of Stockholm, having made one of his breakthrough Diamond League performances there in 2017. The two-time world champion is also in blistering form already this season, having run a jaw-dropping 47.10 in Monaco, the second fastest time of his career.

Filip and Jakob Ingebrigtsen, meanwhile, are set to resume their rivalry with Kenya's Timothy Cheruiyot in the men's 1500m. The world champion edged out both Norwegians in Monaco, despite Jakob setting a new European record of 3:28.68.

Aside from the Swedish stars, there will be plenty of eyes on another pair of athletes competing under a yellow and blue flag on Sunday, as Ukrainians Yuliya Levchenko and Yaroslava Mahuchikh resume their rivalry in the women's high jump.

Levchenko, 22, and Mahuchikh, 18, delivered an enthralling battle in Monaco, in what many hope will be only the start of a long rivalry at the top level. After both cleared 1.98m, it was the less experienced Mahuchikh who triumphed on countback last week, and her compatriot will no doubt be out to settle the score in Stockholm.

Del Ponte at the double?

Yet triumph she did, taking her first full win on the Diamond League circuit in 11.16. Del Ponte will be hoping to make it back-to-back wins in Stockholm, as she lines up again against the likes of Ta Lou and German star Gina Lückenkemper.

Another athlete who knows how to deliver a surprise win on the Diamond League circuit is Thobias Montler, who left a whole host of big names in the dust at the BAUHAUS-Galan last year as he leapt to a PB-busting 8.22m in front of his home crowd.

Montler is back in Stockholm this year, and while Luvo Manyonga and Juan Miguel Echevarria may be absent this time, the Swede has ample competition in the form of South African superstar Ruswahl Samaai.

Both the men's and the women's long jump - featuring Caterine Ibargüen - will see a new "Final 3" format tested for the first time.

Due to a mix-up over missing poles, the world was denied a chance to see the world's two best male vaulters go head to head in Monaco. But all good things come to those who wait, and Sam Kendricks and Mondo Duplantis are once again the headline acts in the men's pole vault in Stockholm.

World record holder Duplantis hurled down the gauntlet in Kendricks' absence last week, clearing the six-metre mark on his way to a clear, if not entirely hiccup-free victory at the Stade Louis II.

World champion Kendricks, meanwhile, will be itching to make his first full outdoor appearance of the summer after several enthralling exhibition events.

Having lost to Duplantis in the Ultimate Garden Challenge, Kendricks made it to the top of the podium in a long-distance battle with Piotr Lisek at the Inspiration Games last month, but Stockholm will be his first chance to take on a rival in the same conditions, at the same time and on the same runway.