Road To The Final 2022: How They Qualified 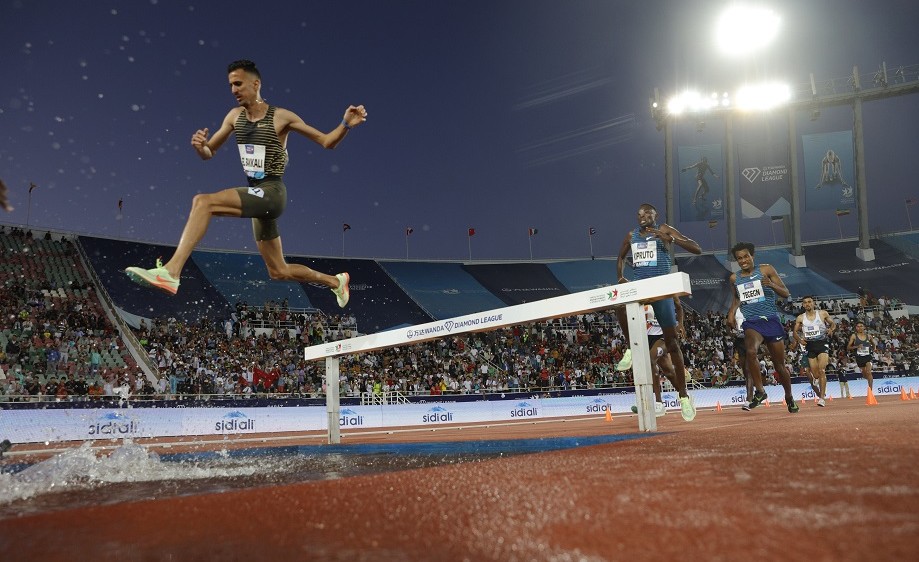 With the 2022 Wanda Diamond League Final now upon us, we take a look back at how the stars of world athletics made it to the season finale of the sport's most prestigious one-day series.

The Road to the Final has reached its destination. On Wednesday and Thursday this week, the eyes of the athletics world turn to Zurich, where the finest athletes on the planet will be battling it out to be crowned Wanda Diamond League champion.

As well as 30,000 USD in prize money and the iconic Diamond Trophy, the 32 champions will also win the only major global title which demands both consistent performances throughout the season and a cool head under championship conditions.

To get to the final, the athletes have had to pick up enough points at the 12 series meetings, which took place across four different continents between May and September this year.

As the stars of the series prepare for a winner takes all showdown in Switzerland this week, we take a look back at how they got here.

Some athletes were simply unstoppable this summer, charging from victory to victory on the Road To The Final.

Slovenian discus star Kristjan Ceh and US shot putter Chase Ealey are the only ones who still have a perfect record in 2022, having each notched up four wins from four possible Diamond League appearances.

Several others have been almost as dominant. Alison Dos Santos won six of seven races in the men's 400m hurdles.  The Brazilian took full advantage of an early season injury setback for Norwegian rival Karsten Warholm, and now has his sights set firmly on a first ever Diamond Trophy this week.

US shot put veteran Joe Kovacs has also won all but one competition in the men's shot put, storming to four successive victories since June to make him the favourite to reclaim the title he last won in 2015.

Not all disciplines have been so clear cut, however. In the men's high jump, the women's steeplechase and the women's long jump, every single competition this year has been won by a different athlete.

This Wanda Diamond League campaign has also proven to be a breakthrough year for some, with a number of athletes picking up their first ever win on the circuit on their way to qualification.

Kenyan teenager Noah Kibet became one of the youngest athletes ever to claim a Diamond League victory when he stormed to a surprise win in the 800m at the season opener in Doha, though his season later fizzled out as bigger hitters such as Marco Arop, Emmanuel Korir and Jake Wightman overtook him in the standings.

US sprint sensation Erriyon Knighton, by contrast, managed to sneak into the final by the skin of his teeth when he bagged his first ever Diamond League win in the men's 200m in Brussels last weekend.

Other athletes who broke their Diamond League duck this season included Jamaican 110m hurdler Rasheed Broadbell, Cuban triple jumper Jordan Diaz and Indian javelin star Neeraj Chopra, who became the first athlete from his country to win on the circuit with his victory in Lausanne last month.

Dutch 400m hurdles star Femke Bol, meanwhile, joined a select group of athletes who have managed to win in two separate disciplines when she stormed to victory in the 400m flat in Silesia last month. The flying Dutchwoman will return to her natural element in Zurich, where she will hope to defend the Diamond Trophy she won last season.

Another woman hoping to make history at the final is Japanese javelin thrower Haruka Kitaguchi, who began her campaign with back-to-back wins in Paris and Silesia and could yet become the first Japanese athlete ever to win the Diamond Trophy.

2022 was also a record-breaking year in many disciplines, with meeting records, series records and national records falling like flies as the campaign wound its way through 12 different cities iin the course of the summer.

Reigning 100m hurdles Diamond League champion Tobi Amusan showed a hint of what was to come when she broke the African record with 12.41 in Paris in June. The Nigerian went on to set a new world record at the World Championships a few weeks later, and now heads to Zurich as one of the favourites in a highly competitive field. Her Puerto Rican rival Jasmine Camacho-Quinn will also fancy her chances, having picked up four wins on the Road to the Final, including meeting records in Rome, Lausanne and Brussels.

Another current Diamond Trophy holder who will go into the final with plenty of confidence is Faith Kipyegon. The Kenyan 1500m legend stormed to a national record and world lead of 3:50.37 just last month in Monaco, missing out on the world record by a whisker.

There have been no world records on the circuit this season, though Yaroslava Mahuchikh had a good go at breaking one in Brussels last week, attempting 2.10m in the high jump after clearing an impressive world lead of 2.05m. With four wins under her belt, the Ukrainian will be the favourite to take the title in Zurich.

While world records have eluded us, there has been a veritable flood of series records, with no fewer than four athletes achieving the best result in Diamond League history in their chosen discipline.

Michael Norman clocked 43.60 in the men's 400m in Eugene early in the season, before Jakob Ingebrigtsen and Mondo Duplantis both broke series records on home soil in June. Ingebrigtsen made series history with 3:46.46 in the men's 1500m in Oslo and Duplantis broke his own Diamond League record with 6.16m in Stockholm.

Burundi's Thierry Ndikumwenayo stormed his way into the final with a Diamond League record of 7:25.93 in the 3000m in Monaco, while reigning triple jump champion Yulimar Rojas also reached the final at the same meeting, missing out on her own series record by just 21 centimetres.

There were also a wealth of meeting records, with 100m and 200m world champions Shelly-Ann Fraser-Pryce and Shericka Jackson setting two each on their respective roads to Zürich.