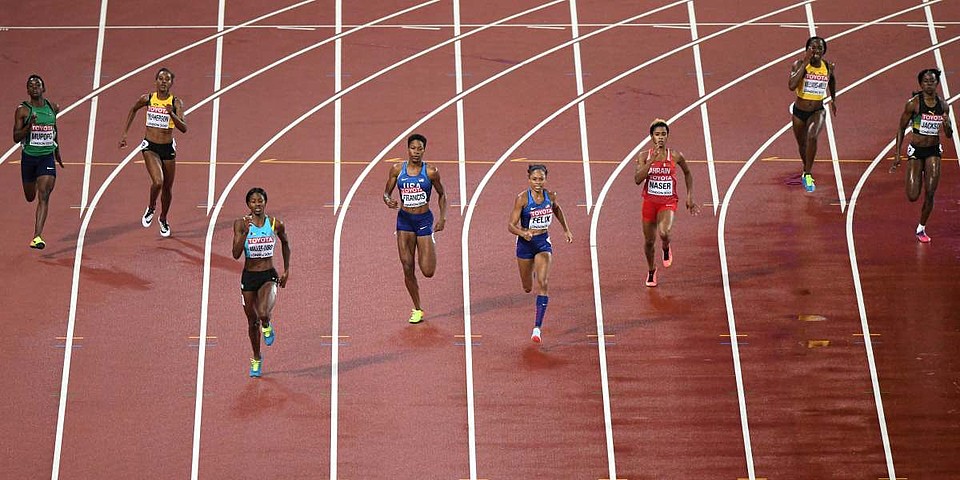 Francis clocked a personal best of 49.92 seconds to take the gold medal, ahead of 19-year-old Bahraini athlete Naser and defending champion Felix, in a dramatic 400m final in the London Stadium last night.

All three medallists will line up at the Alexander Stadium at the end of next week, for a rematch over one lap, at the IAAF Diamond League meeting, which will be the finale of an outstanding season of global athletics events in the UK and include Mo Farah’s last ever track race on home soil.

Felix’s bronze medal winning run means she’s equalled the record for the most World Championship medals won by a female athlete (14), set by legendary sprinter Merlene Ottey. The four-time Olympic and nine-time world gold medallist, could surpass that total this weekend and become the most decorated female athlete in World Championships history, if she wins medal in the relay.

Felix, said: “I’ve competed many times in Birmingham and the meets there are always fantastic, so I think the Müller Grand Prix Birmingham will be the perfect event to wrap up my summer of competitions in the UK.”

She added: “The meet is just a week after the end of the World Championships, so a lot of new medallists from London will be competing and it will be a real party atmosphere. I know the crowd will give everyone a great welcome, as they always do, so it should be fun.”

Niels de Vos, Chief Executive of UK Athletics said: “This has been an outstanding summer of athletics and the Muller Grand Prix Birmingham is a fantastic way to complete the summer season in the UK. Many of the champions and medallists from the IAAF World Championships will compete in Birmingham and we are expecting a number of outstanding performances.”

The Müller Grand Prix Birmingham is supported by Birmingham City Council and takes place exactly one week after the end of the IAAF World Championships in London which run from 4-13 August.