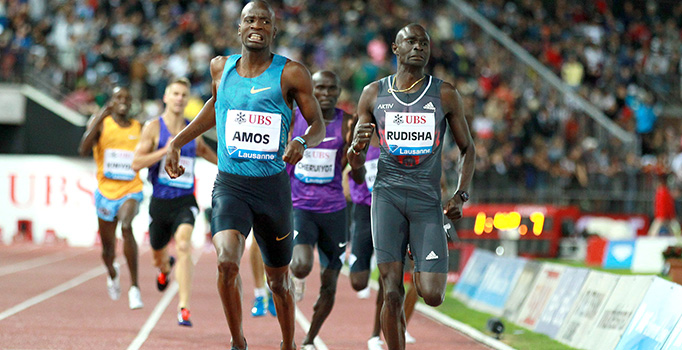 The final instalment of our 2015 Top 5! series: it's the men's 800m. Sit back and enjoy our top five moments from last season's Diamond Race.

On paper, the men's 800m had one of the most open fields of any Diamond Race in 2015. Diamond Trophy holder Nijel Amos was favourite, with two time winners Mohammed Aman and David Rudisha also not to be ruled out.

It was Ayanleh Souleiman, however, who drew first blood with his win in Doha, a run which earned the fifth spot in our Top Five. David Rudisha's fine win in New York comes in at number four, but it was not to be the Kenyan legend's year in the Diamond Race.

Mohammed Aman's win in Rome put him in the running early on, but like Rudisha, he would quickly fall behind in the Diamond Race. The Diamond Trophy eventually went to Nijel Amos, whose superb late surge to beat Rudisha in Lausanne comes in at number two.

In first place, though, is one of the biggest shocks of the season in the men's 800m: Amel Tuka's astonishing break from fourth to first on the home straight in Monaco. The victory not only electrified viewers on the day, it also kept Amos from wrapping up the Diamond Race win before the Brussels final.