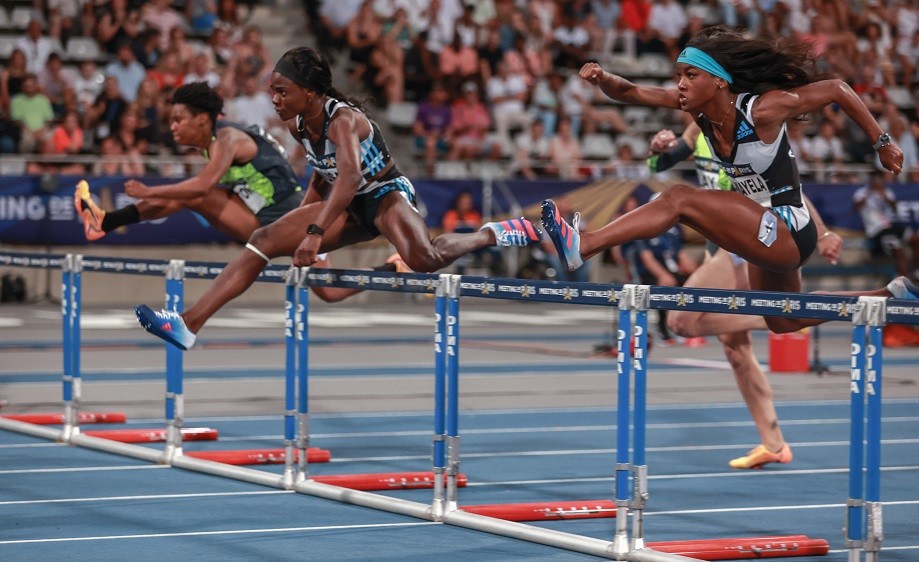 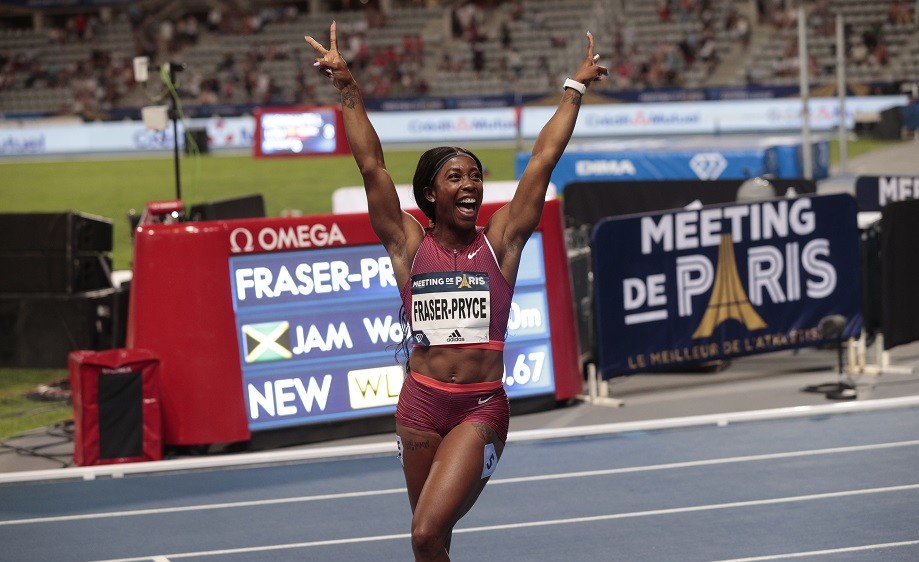 In the third part of our season review, we look back at Shelly-Ann Fraser-Pryce's blistering mid-season form in Paris and Silesia and Mondo Duplantis' home soil heroics in Stockholm.

The 2022 Wanda Diamond League campaign hit its stride in mid-season, with some record-breaking performances which would set the tone for the World Athletics Championships in Oregon in July. In part three of our season review, we take a look back at the best of the action from Paris, Stockholm and Silesia.

Shelly-Ann Fraser-Pryce claimed her first victory on the way to the 100m title with a breathtaking performance in Paris. The Jamaican legend clocked a meeting record of 10.67 to equal her season's best and throw down the gauntlet to her rivals ahead of the World Championships.

Despite the sweltering heat in the French capital, there were plenty of other statement performances at the Stade Charlety. Bahrain'ss Winfred Yavi and Ukraine's Yaroslava Mahuchikh set world leads in the 3000m steeplechase and high jump respectively, while South Africa's Luxolo Adams stormed to a personal best of 19.82 in the men's 200m.

In the women's discus, title holder Valarie Allman bounced back from her defeat to Sandra Perkovic in Oslo with a meeting record of 68.68m, just weeks before both she and her Croatian rival suffered a surprise World Championships defeat to China's Feng Bin.

If there was one performance which set the tone for the weeks ahead, though, it was Tobi Amusan's victory in the women's 100m hurdles. The Nigerian, who would go on to break the world record in Oregon, dropped the first hint as to the kind of form she was in with an African record of 12.41 in Paris.

Dutch 400m hurdles star Femke Bol has said that Stockholm is her favourite Wanda Diamond League meeting, and she showed why again this year as she broke her own meeting and Diamond League records with a sparkling 52.27 at the city's Olympic Stadium.

Coming just days after Sydney McLaughlin had broken the world record, Bol's performance confirmed her status as the undisputed second force in women's one-lap hurdling, something she would go on to live up to with silver at the World Championships in Eugene.

Her fellow 400m hurdler Alison Dos Santos also continued his fine form in the final Diamond League meeting before the World Championships, posting a meeting record and world lead of 46.80 to claim his fourth win of the season.

There was also a meeting record of 90.31m for Anderson Peters in the men's javelin, but it was home hero Mondo Duplantis who stole the show with an unforgettable performance in the pole vault.

In front of his adoring Swedish fans, Duplantis delivered the highest outdoor jump in history with 6.16m, breaking his own outdoor world best of 6.15m, which he had set at the Rome Diamond League two years previously.

After a month's hiatus for the World Atheltics Championships, the Diamond League returned with a bang in August with an unforgettable afternoon of action at the Silesia Stadium in Poland.

The first Diamond League meeting to be held on Polish soil proved to be a historic affair, with no fewer than 11 meeting records broken as the world's best athletes turned their attentions back to the battle for the Diamond Trophy.

Miltiadis Tentoglou and Chase Ealey both continued their charges to a first ever Diamond Trophy with meeting records in the men's long jump and women's shot put, but it was the Jamaicans who once again made the headlines with fireworks in the women's sprints.

Freshly crowned world champion Shericka Jackson reaffirmed her status as queen of the 200m with a meeting record of 21.84m while compatriot Shelly-Ann Fraser-Pryce clocked a magnificent world lead of 10.66 in the non-Diamond League 100m.