Asher-Smith and Mboma in the Doha 200m 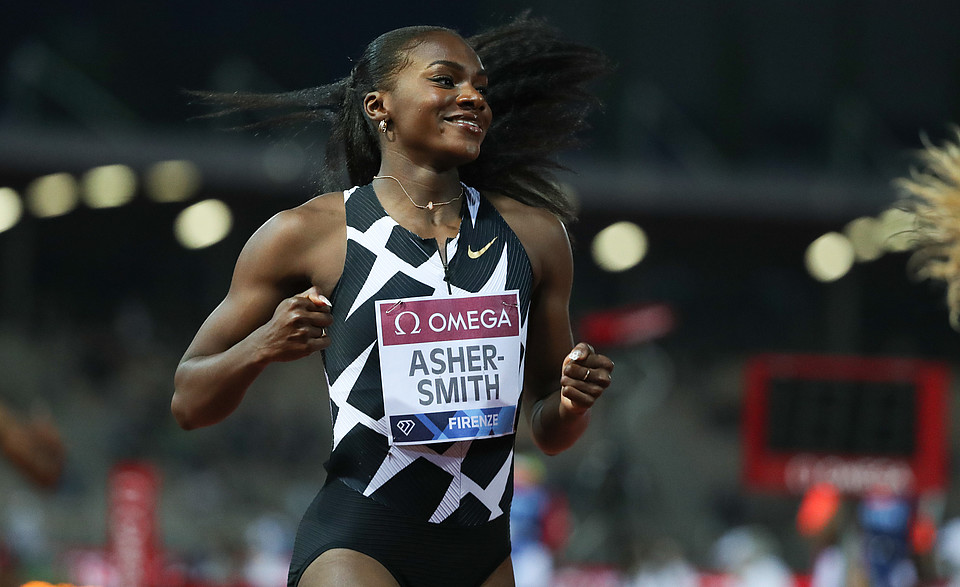 Dina ASHER-SMITH from Great Britain reacts after winning the 200m women final at the Diamond League track and field meeting in Florence on June 10, 2021. 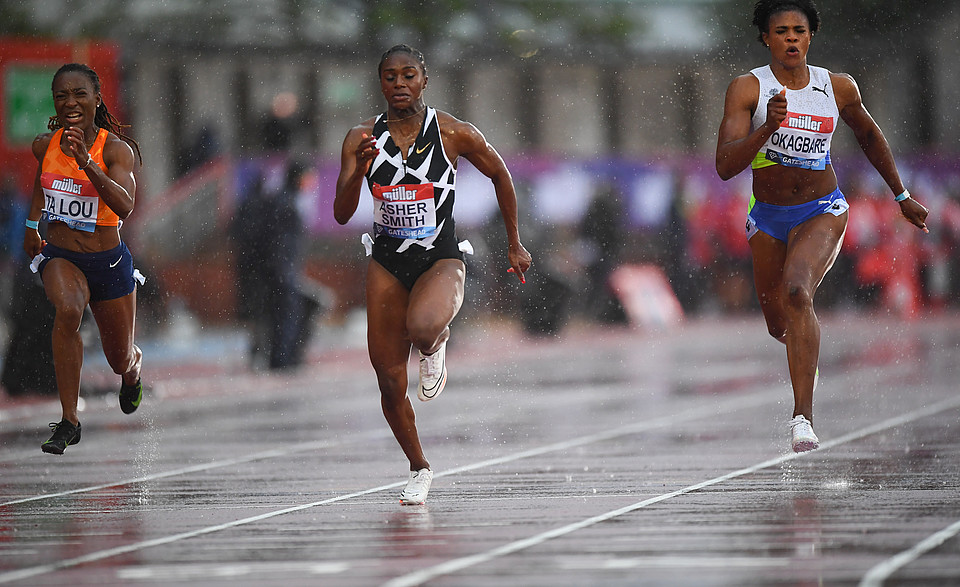 (L to R): Ivory Coast’s Marie-Josée TA LOU, UK’s Dina ASHER-SMITH and Nigeria’s Blessing OKAGBARE compete in the 100m women final of the Diamond League track and field meeting in Gateshead on May 23, 2021.

2019 Diamond League champion Dina Asher-Smith will take on last year's 200m champion Christine Mboma in a stellar women's 200m line-up at the opening Wanda Diamond League meeting of the season in Doha on May 13th.

British sprinter Asher-Smith was crowned women's 100m Diamond League champion in 2019, and will be looking to regain the Diamond Trophy this season, while rising star Mboma is hoping to defend the 200m crown she won last September.

25-year-old Jackson, Jamaica’s multiple Olympic and world medallist, took gold in the 4 x 100m relay in Tokyo and bronze in the 100m and 4 x 400m relay. Her last competitive outing in Qatar saw her repeat that impressive relay feat in addition to winning 400m bronze at the 2019 World Athletics Championships. Her 200m best is 21.81 (2021).

After a 2021 season disrupted by injury, Asher-Smith is looking forward returning to Wanda Diamond League action as she prepares to defend her global and continental titles in Eugene (July) and Munich (August) respectively.

“I won my first global title in Doha in 2019, so I have incredibly happy memories of competing there,” said the 26-year-old who clocked a quick 36.41 over 300m on 16 April. “After a challenging year last year, I can’t wait to get back on the circuit and see what I can do this summer.”

The 2022 Wanda Diamond League comprises 14 meetings in total, starting with Doha at the Qatar Sports Club on 13 May and concluding with a single final across two days in Zurich (7-8 September). Each meeting will be broadcast globally in a live two-hour programme.