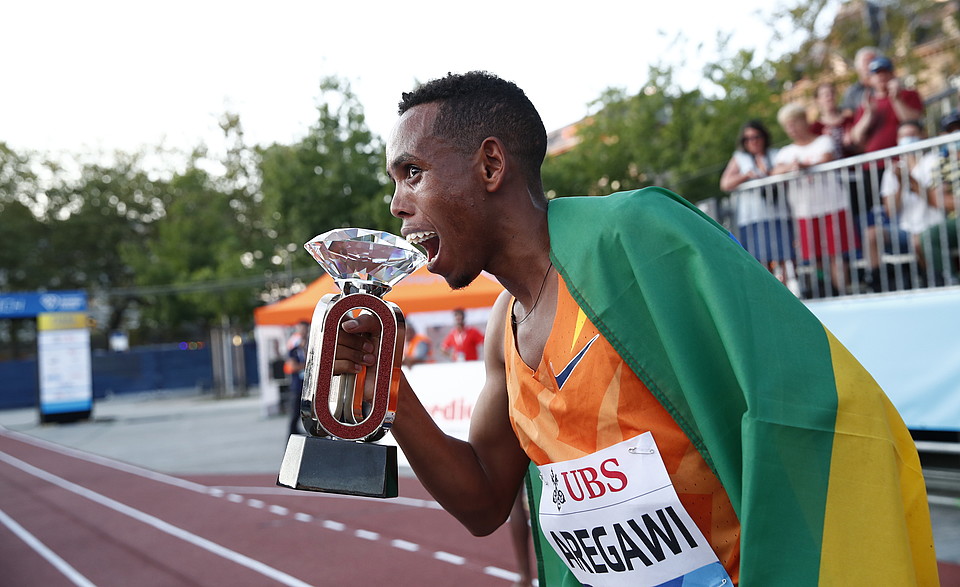 2018 Diamond League champion Barega, who became the fifth fastest runner in history when he clocked 12:43.02 to claim the Diamond Trophy in Brussels four years ago, comes into the outdoor season fresh from his 3000m World Indoor Championships title in Belgrade earlier this year.

He will take on reigning Diamond League champion and fellow Ethiopian Aregawi, who is hoping to defend the Diamond Trophy after his surprise victory at the Sechseläutenplatz in Zurich at last year's final.

The two Ethiopians will be joined by compatriots Edris, who was crowned 5000m world champion in 2019, and Yomif Kejelcha, who claimed the Diamond League title in 2015 and set a 3000m Diamond League record of 7:26.25 in Oslo last year.

That time bettered the previous series record, set by Uganda's Jacob Kiplimo in Rome a year earlier. The 21-year-old also returns to the Italian capital next month.