Best of 2022: A first time for everything 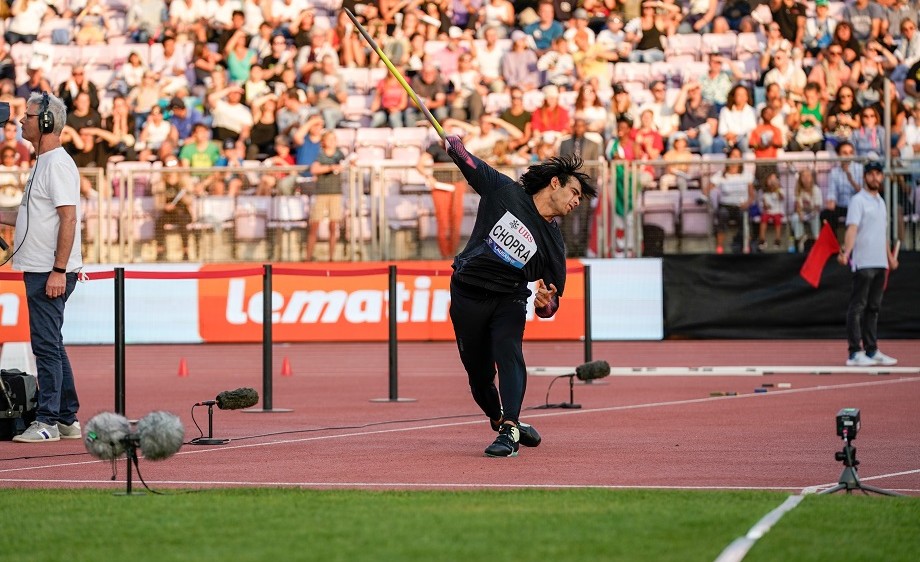 There was a first time for everything in the throwing events in the 2022 Wanda Diamond League history, as Joe Kovacs, Neeraj Chopra, Kara Winger and Kristjan Ceh all made personal and national history.

With first-ever victories for India and Slovenia and a spate of national and series records, there was a whole new chapter of Diamond League history written in the throwing events in 2022. In the fifth and final part of our "Best of 2022" series, we take a look back at the standout performances in the discus, javelin and shot put.

Prior to 2022, no Slovenian athlete had ever won a Diamond League meeting in any discipline and Kristjan Ceh was considered the second force in the men's discus behind his Swedish rival Daniel Stahl. That all changed this year, with Ceh cruising to a perfect card of five wins in five to knock Stahl off his perch and crown himself Wanda Diamond League champion just a few weeks after picking up a gold medal at the World Athletics Championships in Oregon.

Perhaps the most impressive performance of all in a memorable season was Ceh's Diamond League opener in Birmingham. Having never won on the circuit before, Ceh picked up his first win in style, throwing 71.27m to break Stahl's Diamond League record and throw down the gauntlet ahead of a long summer. From that moment on, he was the undisputed man to beat in the men's discus, and from that moment on, nobody managed to beat him when it counted.

Slovenia were not the only country to break their Diamond League duck in 2022. India also celebrated their first victory in athletics' premier one-day series as javelin star Neeraj Chopra finally picked up his first win after several years of trying.

Chopra had struggled to outgun Grenada's Anderson Peters for much of the first half of the season, coming second to his rival at both the Stockholm Diamond League and the World Championships in Oregon. Yet he found his winning form in August, throwing 89.08m in Lausanne to become the first Indian athlete ever to win on the circuit. A week later, he made history for his country again , becoming the first ever Indian Diamond League champion with another win in Zurich.

When Kara Winger claimed her first  - and until recently her only - Diamond League victory in 2010, she was still called Kara Patterson and the series was still in its inaugural season. Twelve years later, she was on the verge of retirement when she finally repeated the feat.

The 36-year-old US javelin veteran had already made history when she won silver on home soil in Oregon to become her country's first ever World Championships medallist in her chosen discipline. As the Diamond League season entered the home straight and the sun set on Winger's career in late summer, she went out in a blaze of glory with two impressive Diamond League wins.

In Brussels, Winger pulled out the performance of her Diamond League career, stealing into the final at the last opportunity with an American record of 68.11m. That would have been a high enough high on which to end any career, but the American had one more victory left in her as she claimed her first Diamond League title in Zurich a week later.

Joe Kovacs knows what it takes to win the Diamond Trophy. The American shot putter was crowned Diamond League champion back in 2015, and he has come close to regaining his title on several occasions since. There was no stopping him in 2022, as he cruised to a breathtaking five successive wins between June and September to finally get his hands back on the trophy.

He saved the best performance until last, clearing 23.23m in the final at Zurich's Sechseläutenplatz to crown himself Diamond League champion and regain both the title and the Diamond League record he had last held seven years previously.