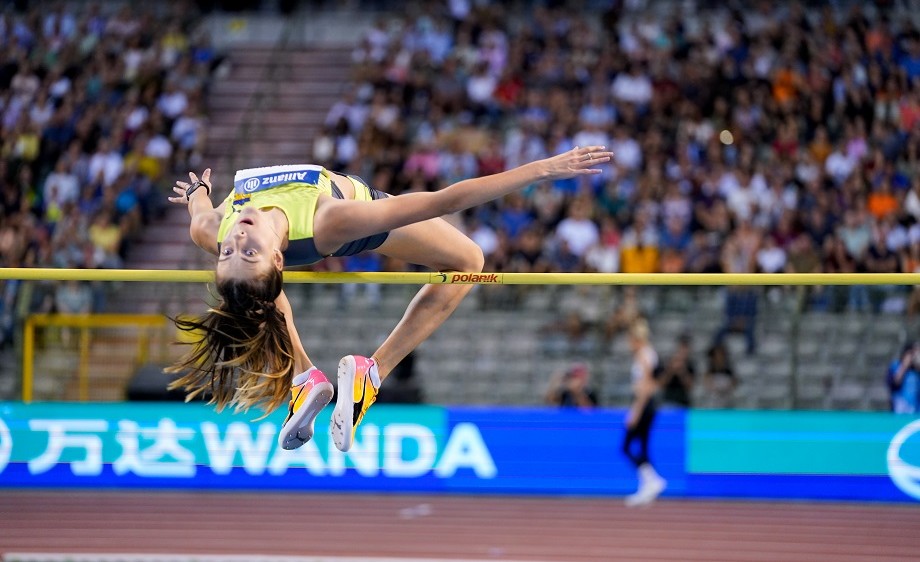 Ukrainian high jumper Yaroslava Mahuchikh and Swedish pole vaulter Mondo Duplantis both made history with record-breaking performances in the Wanda Diamond League in 2022.

2022 was a year of blue and yellow brilliance as Ukraine's Yaroslava Mahuchikh and Sweden's Armand "Mondo" Duplantis both scaled historic new heights on the road to the Wanda Diamond League Final. In the fourth part of our "Best of 2022" series, we take a look back at two of the biggest jumps of the year in the high jump and pole vault.

After launching his campaign with consummate victories in Doha and Eugene, Mondo Duplantis was already top of the standings and well on his way to a place in the Wanda Diamond League Final when he rocked up in Stockholm in June, but that didn't mean the pressure was off.

The Swedish pole vault superstar - whose devotion to the blue and yellow is so strong that he once insisted Swedish chocolate was superior to Belgian chocolate at a Diamond League press conference - admitted ahead of his home meeting that the Bauhaus Galan was a major milestone in his 2022 campaign. "For me, it's like the second most important competition of the year after World Championships," he said.

But Duplantis is a man who thrives on pressure, and a year after breaking the meeting record with 6.02m at the same meeting, he went one better with a breathtaking 6.16m in front of an adoring home crowd at Stockholm's Olympic stadium. A Diamond League record and, at the time, the highest ever outdoor jump in men's pole vault history, it was a performance which put him in perfect stead for a brilliant World Championships in Oregon, where he became the first man to break the world record outdoors since 1994.

Ukraine's Yaroslava Mahuchikh came into 2022 as firm favourite for the year's global titles, having come within a whisker of the Diamond Trophy in 2021 and snapped up gold at the World Indoor Championships in Belgrade. Her preparation for the outdoor season was turned upside down by war in Ukraine, however, with the high jump superstar and many of her fellow Ukrainian athletes, forced to flee the conflict and set up a temporary base abroad.

Mahuchikh came out fighting nonetheless, charging to three victories in her first three Diamond League appearances to all but lock down her place in the final by the halfway stage of the season in June. Beaten by Eleanor Patterson and forced to make to do with the silver medal in Oregon, she bounced back in the second half her Diamond League campaign with two more wins to claim her first ever Diamond Trophy.

The best of the two came not at the final in Zurich, however, but a week earlier in Brussels. Leaving Patterson and the rest of the field miles behind her, Mahuchikh soared over 2.05m to equal the Ukrainian record and meeting record and set a new world lead. Having done that, she then made three valiant attempts at 2.10m, coming up just short of what would have been a world-record breaking jump.