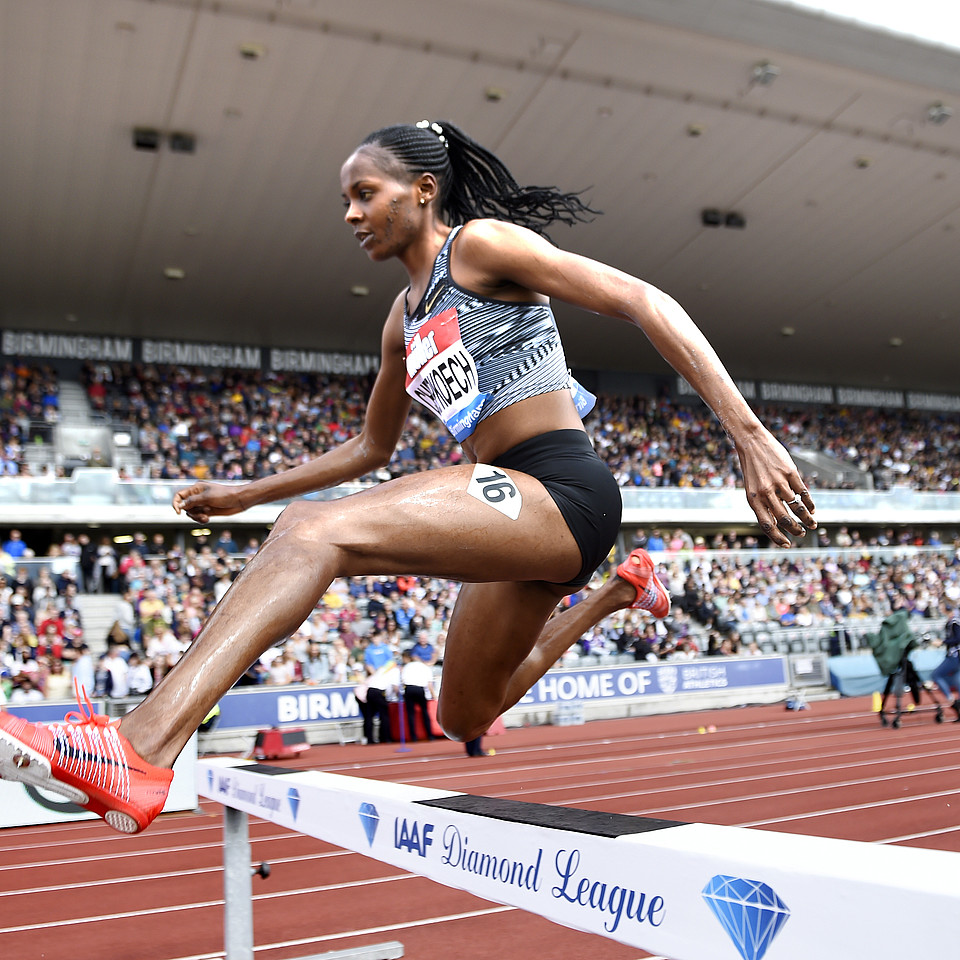 Beatrice Chepkoech (KEN) set a Meeting Record of 9:05.55 in the Women's 3000m Steeplechase at the 2019 Müller Grand Prix Birmingham 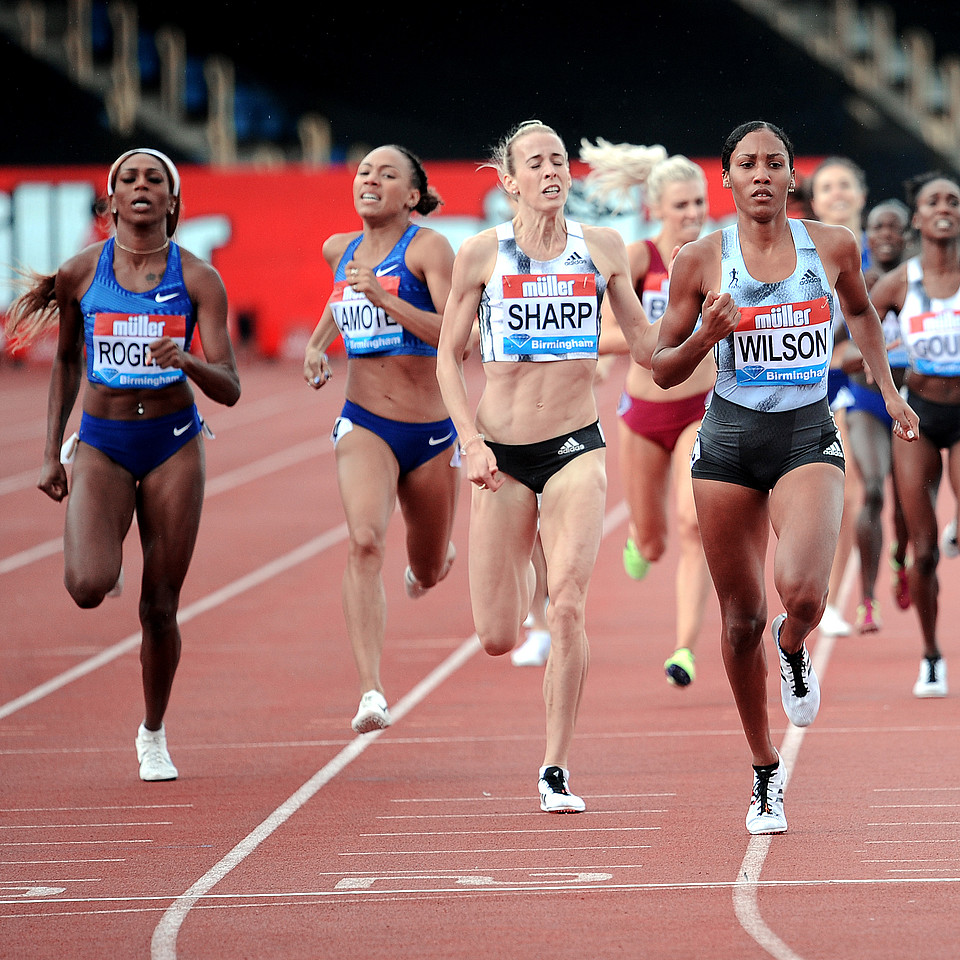 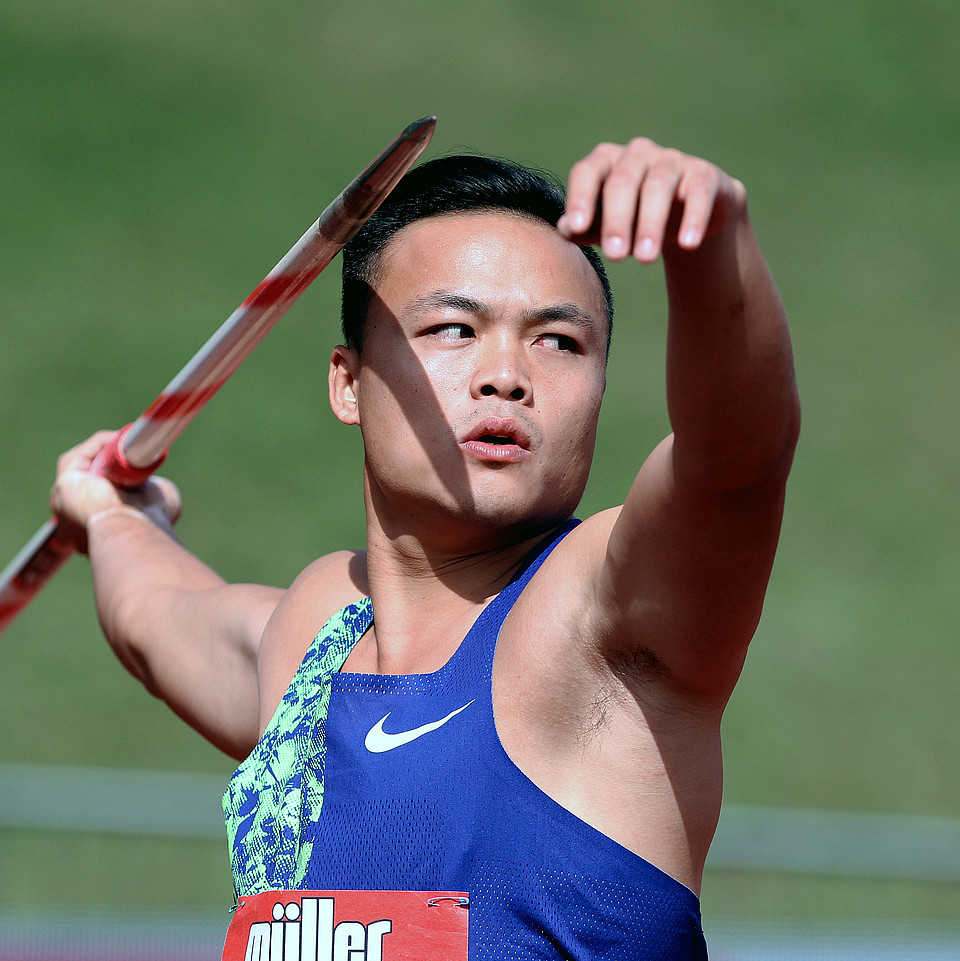 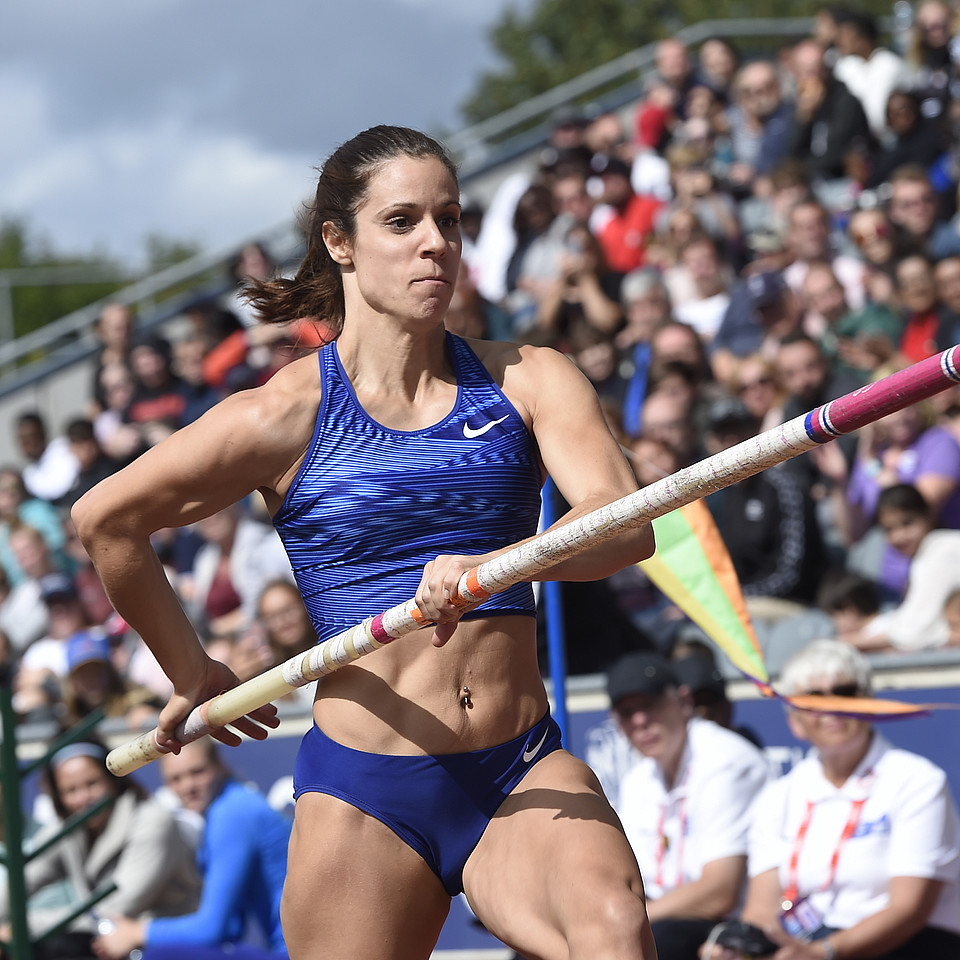 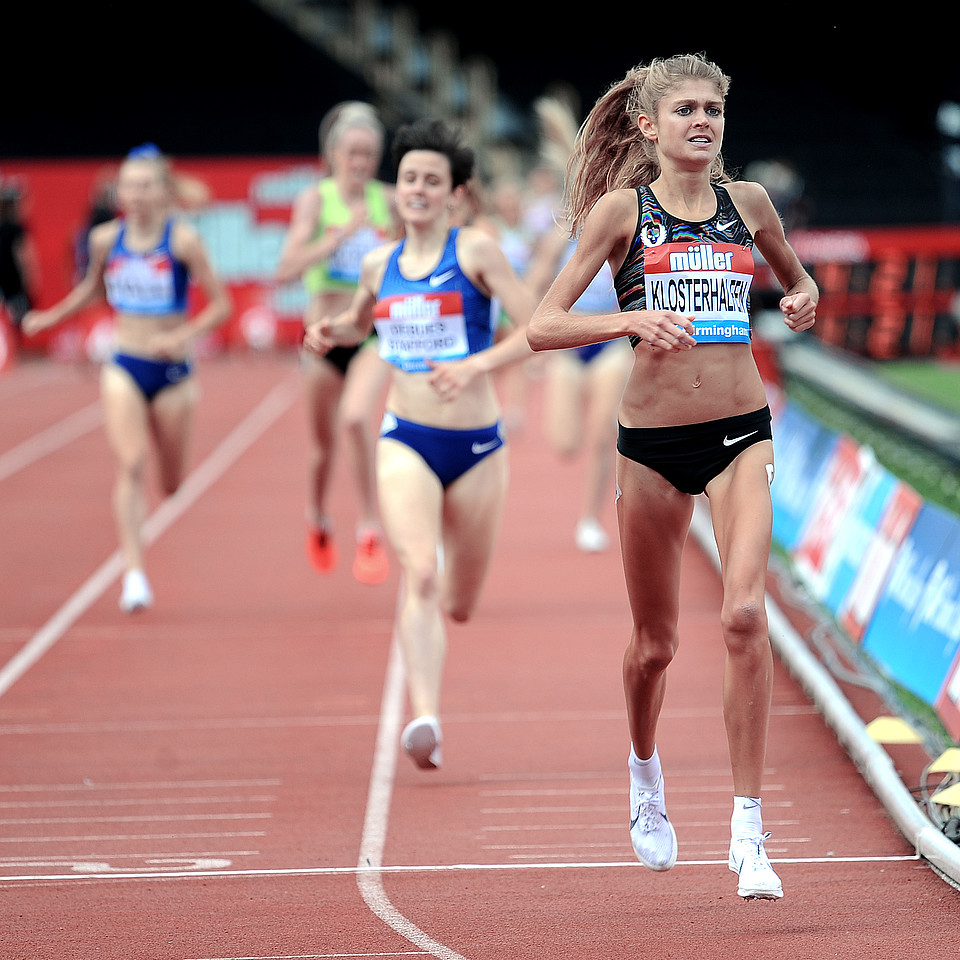 Konstanze Klosterhalfen (GER) set a Meeting Record of 4:21.11 in the Women's Mile at the 2019 Müller Grand Prix Birmingham © Mark Shearman 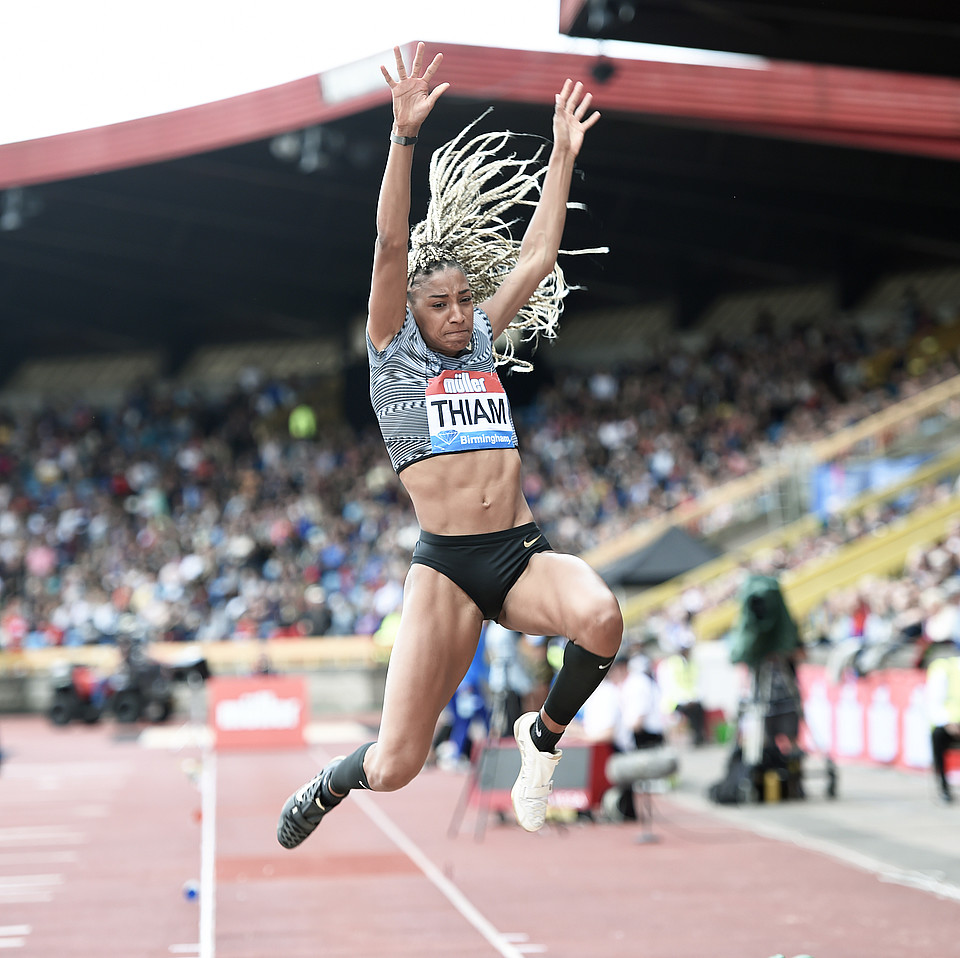 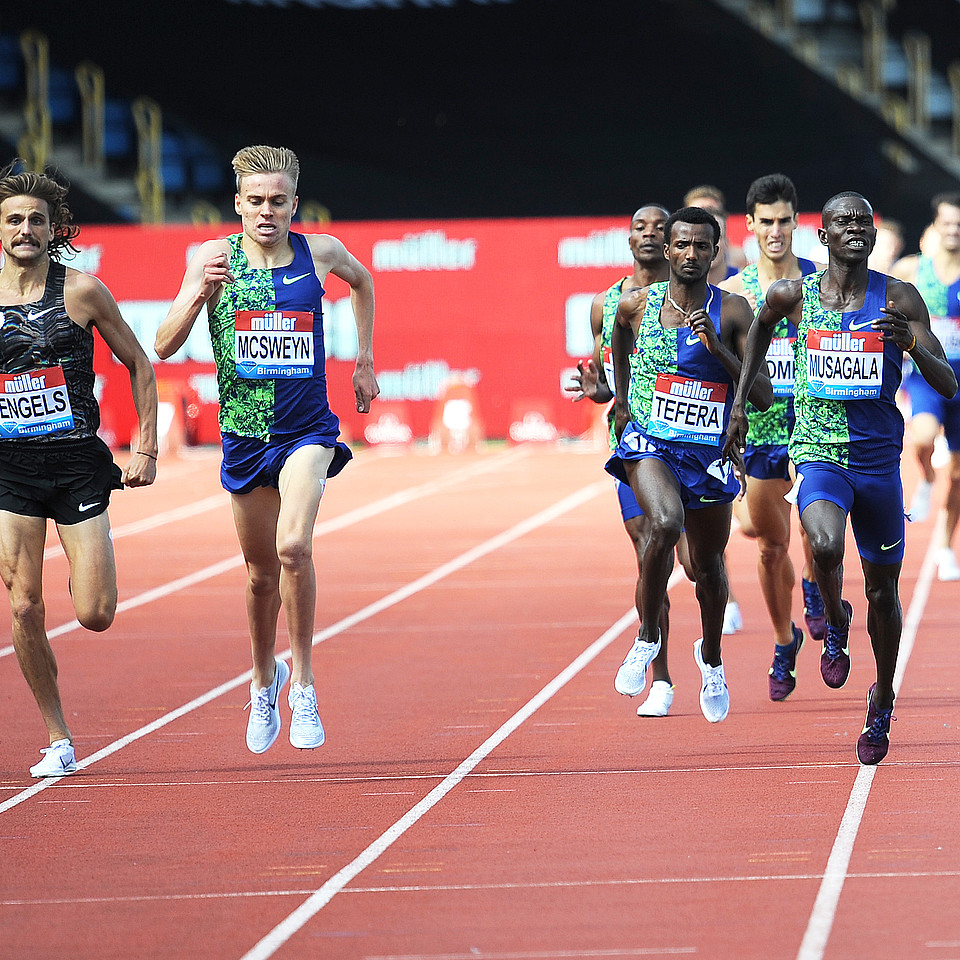 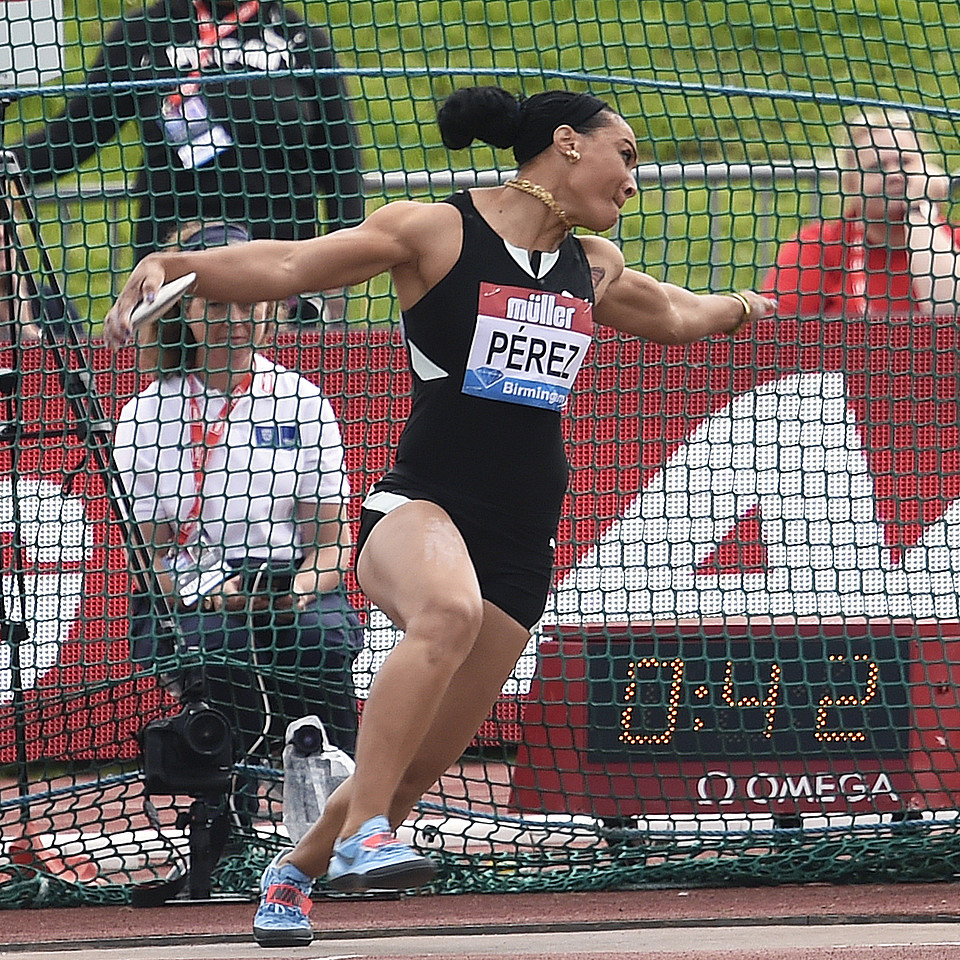 World record-holder Beatrice Chepkoech produced a dominant run in the Muller Grand Prix 3000m steeplechase as she led five women inside the old meeting record at the IAAF Diamond League meeting in Birmingham on Sunday (18).

Paced through the first kilometre in 2:58.15, the Kenyan was still on schedule for a sub-nine-minute time through 2000m, reached in 5:59.94. Although the pace dropped over the final couple of laps, she had enough of a lead over the chase trio – Celliphine Chespol, Winfred Yavi and Hyvin Kiyeng – to coast to victory in 9:05.55.

All five women have guaranteed their spot in the IAAF Diamond League final in a few weeks’ time where they will line up against the likes of world champion Emma Coburn.

When Konstanze Klosterhalfen was born, the German record for the mile had already stood for 11-and-a-half years. And as she lined up for the Millicent Fawcett mile in Birmingham, that record was three days shy of turning 34.

But little more than four minutes later, Klosterhalfen had secured her sixth national record of the year, crossing the line in 4:21.11 to take 0.48 off Ulrike Bruns’ mark. It also took three seconds off the meeting record set by Sonia O’Sullivan back in 1992, the oldest women’s meeting record in Birmingham’s books.

The pacemaker led the field through 400m in 1:02.74 and 800m in 2:09.22, after which Klosterhalfen took up the running with Canada’s Gabriela DeBues-Stafford tucked close behind. On the final lap, Klosterhalfen had enough of a kick to keep DeBues-Stafford at bay, winning in 4:21.11 to the Canadian’s 4:22.47. The win also guaranteed Klosterhalfen a spot in the IAAF Diamond League final.

“It’s nice to take my first Diamond League win,” said the German. “It was windy out there but I still produced a good time like that and I'm delighted. I needed to use a lot of power in the wind and to win was incredible.”

Ajee Wilson lived up to expectations by winning the women’s 800m. With light rain falling in the breezy conditions, the US champion looked untroubled as she coasted to victory in 2:00.76 with Britain’s Lynsey Sharp taking second place in 2:01.09.

In the non-scoring men’s middle-distance events, Uganda’s Ronald Musagala emerged victorious from a four-man pack at the end of the 1500m to win in 3:35.12 from Australia’s Stewart McSweyn (3:35.21), while Ireland’s Mark English similarly timed his finish to perfection to win the 800m in a season’s best of 1:45.94.

At yesterday’s press conference, heptathletes Nafissatou Thiam and Katarina Johnson-Thompson had said they weren’t considering the possibility of winning the long jump in Birmingham as they viewed the competition as simply part of their preparation for the combined events at the IAAF World Athletics Championships Doha 2019.

But the world outdoor and indoor champions came close to pulling off a 1-2 as Thiam won with a Belgian record of 6.86m and Johnson-Thompson placed second on countback with 6.85m. The only woman who managed to get in between the pair was world indoor champion Ivana Spanovic, who also jumped 6.85m.

“It was really good, a really good competition,” said Thiam. “All the other jumps were consistent too across the board. It’s almost 20 centimetres more than my previous PB; I wasn't thinking about seven metres anyway.

“It gives me confidence because of the performance I had,” she added. “Being first or second didn't matter. It was great to be in a competition with long jumpers and with Kat, we always really push each other.”

If you needed an indication of how windy the conditions were for the pole vault, the crossbar was blown off the pegs when it was set to 4.85m.

By that point, Katerina Stefanidi was the only athlete remaining in a competition that had once again been affected by the windy conditions. Just four women – Stefanidi, Canada’s Alysha Newman, Cuba’s Yarisley Silva and USA’s Jenn Suhr – had successfully cleared 4.65m, Stefanidi and Newman doing so on their first attempts to maintain their equal lead.

For a moment it looked as though all four women would be wiped out by the 4.75m bar as it proved too much for Suhr, Silva and Newman. But Stefanidi got over it on her final try to notch up her second win of this year’s IAAF Diamond League circuit and maintain her position at the top of the standings.

“There was a lot of consistency in my jumps on the runway, despite the conditions, and I'm happy,” said Stefanidi. “More important than the win, I felt good as Doha looms. It’s very important to jump well in all conditions like today as this is what really prepares you for championships.”

Stefanidi’s fellow 2018 Diamond League champion Brandon Starc is another athlete who appears to be timing his season right. The Australian high jumper had a shaky start to the year, but took the lead in Birmingham with a first-time clearance of 2.26m – a height that no other man could clear – and then went over 2.28m on his first try. He then got over a season’s best of 2.30m on his third jump before three unsuccessful tries at 2.33m.

Asian record-holder Cheng Chao-Tsun pulled out his best throw of the year to move from third to first in the last round of the men’s javelin.

The thrower from Chinese Taipei had opened with 82.76m which put him in third place for most of the competition, trailing Jakub Vadlejch’s 85.78m and Magnus Kirt’s 85.29m. But Cheng launched his spear out to 87.75m in the final round to move into first place with the rest of the field unable to respond.

The top three places in the women’s discus reflected the 2019 world list with Cuban duo Yaime Perez and Denia Caballero getting the better of world and Olympic champion Sandra Perkovic.

Perkovic enjoyed a brief lead with her second-round effort of 61.97m but it was soon surpassed by Caballero’s 64.59m just minutes later. Perez responded in the third round with 64.87m to take the lead. Neither Cuban improved in the second half of the competition, but Perkovic moved closer with her fifth-round effort of 63.80m.

With one more scoring opportunity left before the IAAF Diamond League final, Perez, Caballero and Perkovic have all done enough to qualify.

Jon Mulkeen for the IAAF and the IAAF Diamond League