Birmingham: Five Things To Look Out For 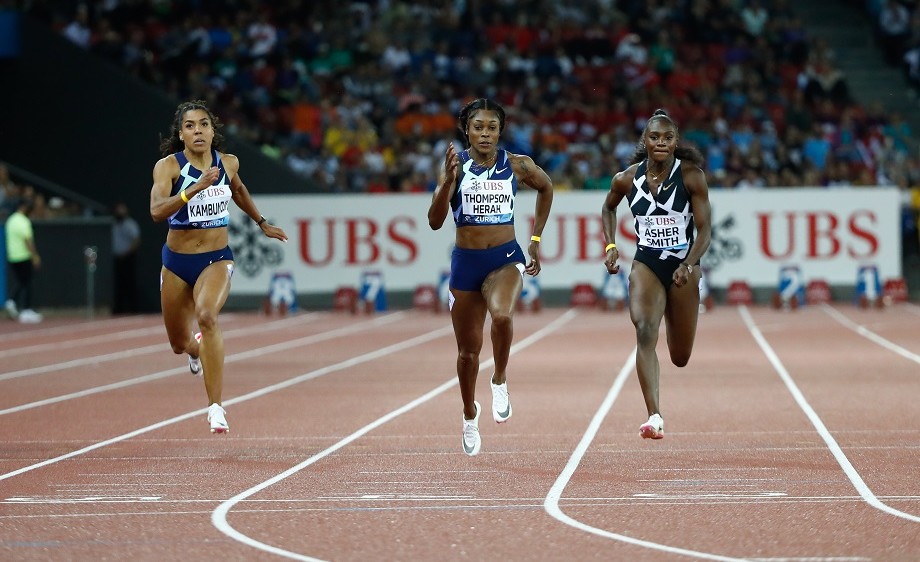 As Dina Asher-Smith and Elaine Thompson-Herah face off in the women's 100m and Sanghyeok Woo looks to make it two Diamond League wins in two, here are five things to look out for in Birmingham.

Asher-Smith on home soil in 100m

The last two Diamond League champions in the women's 100m were due to go head to head in Birmingham before 2021 winner and double Olympic champion Elaine Thompson-Herah had to pull out on Thursday.

That leaves an opportunity for 2019 Diamond League champion Dina Asher-Smith to make her mark on the 100m in front of a supportive home crowd,  as she looks to regain the 100m Diamond Trophy she lost to Thompson-Herah in 2021.

The British star will face an incredibly strong field which includes the likes of Jamaica's Shericka Jackson and Great Britain's Daryll Neita, as well as Olympic bronze medallist Gabrielle Thomas, who got her Diamond League season off to a flying start by equalling Allyson Felix's 200m meeting record in Doha last week.

Kerr takes on Kipsang and Tefera

The men's 1500m will also see a British favourite take on some of the best athletes in the world, as Olympic bronze medallist Joshua Kerr lines up against recently crowned world indoor champion Samuel Tefera.

Kerr is eyeing a first career win on the Diamond League circuit, but will have his work cut out against the likes of Tefera and Kenya's Abel Kipsang, who got early points on the board with a stunning victory over reigning Diamond League champion Timothy Cheruiyot in Doha.

Katie Nageotte's last appearance in the Wanda Diamond League was an emotional one, as the recently crowned women's pole vault Olympic champion struggled to find her rhythm at last year's final in Zurich and made a surprise early exit from the competition.

The American will be hoping to put that disappointment behind her as she launches herself into her 2022 campaign in the hope of securing a first career Diamond Trophy. She faces a tough field which includes Britain's Holly Bradshaw, World Championships silver medallist Sandi Morris and four-time Diamond League champion Katerina Stefanidi.

Training partners and best of friends off the track, but frequently rivals on it, British stars Laura Muir and Jemma Reekie will go head to head on home soil once again in the women's 1500m.

Reekie beat Muir in Rome two years ago, but the European champion got her revenge last year, edging out her compatriot as both women picked up personal bests in a thrilling 800m race in Monaco.

Two in two for Woo?

All eyes were on joint Olympic champions Mutaz Essa Barshim and Gianmarco Tamberi ahead of the men's high jump at the season opener in Doha last week, but it was someone else entirely who ended up stealing the show.

While Tamberi bowed out early, recently crowned world indoor champion Sanghyeok Woo cruised to his first ever Diamond League win with an impressive world lead of 2.33m in windy conditions.

The South Korean star will be out to make it two in two in Birmingham as he looks to build on a steady rise to the top of his discipline since finishing fourth in last year's Olympic Games.