Crouser to launch title defence on home soil in Eugene 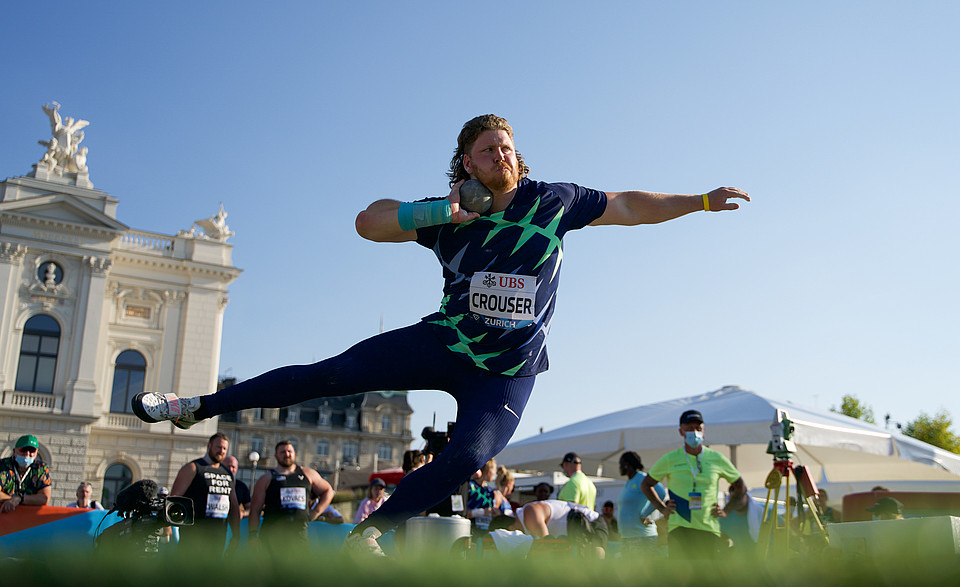 Diamond Trophy holder Ryan Crouser will headline the men's shot put in Eugene, while Faith Kipyegon and Laura Muir are set to clash in a star-studded 1500m line-up.

Olympic and Wanda Diamond League champion Ryan Crouser will launch his title defence in the men's shot put when he heads up a clash of the heavyweights at Hayward Field on May 28th.

The Oregon native returns to the stadium where he set a new world record of 23.37 at the US Olympic trials last year, as he looks to build on a brilliant 2021.

As well as the world record, Crouser went on to win a second successive Olympic gold medal last summer, before finally getting his hands on the Diamond Trophy for the very first time in his career with a win in Zurich in September.

WATCH: Best of Ryan Crouser in the Wanda Diamond League

Kovacs took gold at the 2019 World Athletics Championships with a throw of 22.91 (75-2) while Crouser followed closely behind. Kovacs also defended his Olympic medals in 2016 and 2020 with silver medals at both Games.

New Zealand's Walsh joined Kovacs and Crouser on the podium at the 2016 and 2020 Olympics with his bronze medals. His consistency with coming in third carried him through to the World Indoor Championships in March, where he came in third again behind Crouser’s second.

Crouser is not the only reigning Olympic and Diamond League champion set to compete in Eugene, with Kenyan middle-distance star Faith Kipyegon also taking on a stellar field in the women's 1500m.

Kipyegon won her second career Diamond Trophy last year, just weeks after claiming the Olympic title in Tokyo. The Kenyan superstar has shown amazing consistency on the world stage, finishing within the top two at every global championship meet she has competed in since 2014.

After capturing gold at the 2016 Rio Olympics and 2017 London World Championships, as well as claiming the Wanda Diamond League title in 2017, Kipyegon took an 18-month break from running to give birth to her daughter Alyn in 2018. She made her return to the track at the 2019 Pre Classic, winning the 1500m in 3:59.04. After winning the Pre Classic and Wanda Diamond League title last season, this year will mark Kipyegon’s eighth time competing at Pre.