De Grasse, Lyles and Kerley line up in Doha 200m 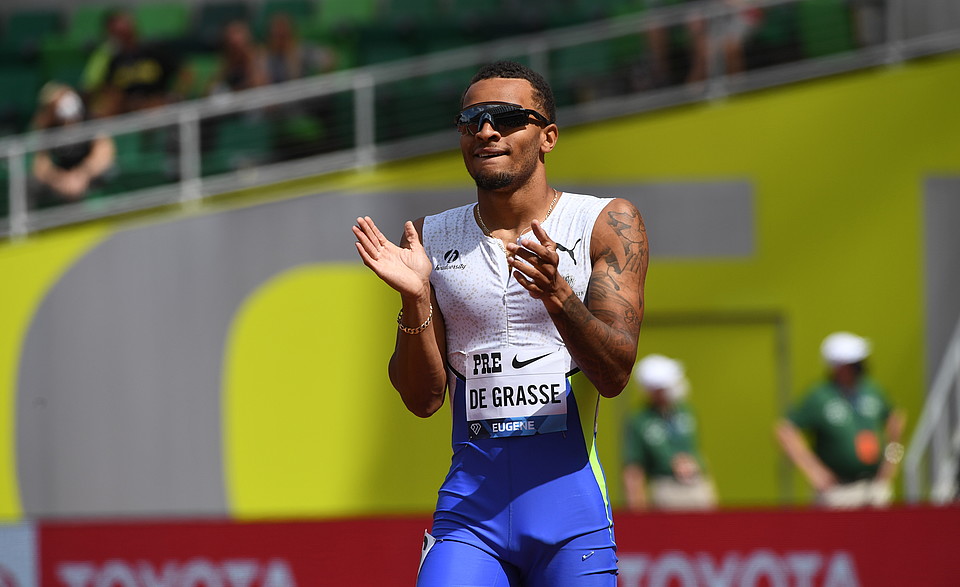 De Grasse, the Canadian national record holder (19.62), is a multiple Olympic and world medallist. He backed up his 200m gold in Tokyo with 100m bronze and silver in the 4 x 100m relay. At the 2019 World Athletics Championships in Doha, he finished second in the 200m and took bronze in the 100m.

“To win my first Olympic gold medal last year was really special,” said the 27-year-old. “In Rio 2016 and the Worlds in 2019 I felt I’d come up short, in spite of consistent podium performances. I work hard and I want to be the best. Winning gold in Tokyo has given me confidence that I can deliver another championship-winning performance this summer, and I’m looking forward to kicking off my season in Doha as I build towards that goal in Eugene.”

The 2022 Wanda Diamond League comprises 14 meetings in total, starting with Doha at the Qatar Sports Club on 13th May and concluding with a single final across two days in Zurich (7-8 September). Each meeting will be broadcast globally in a live two-hour programme.