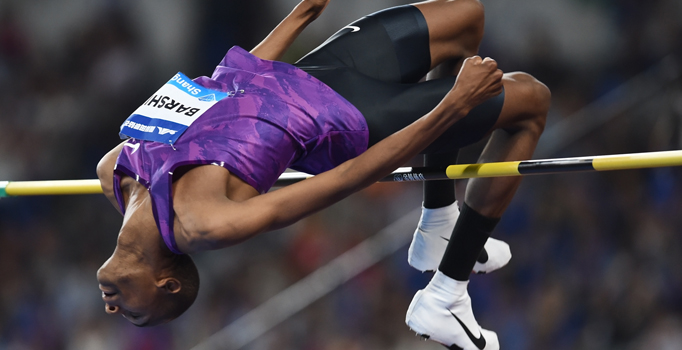 Local heroes Mutaz Barshim and Abdalelah Haroun will face tough opposition from some of world’s top athletes in the high jump and the 400m respectively, when the 2016 IAAF Diamond League series officially kicks off in Doha on May 6.

“The IAAF Diamond League has been held annually in Doha since 2010 and is well established as one of the series’ top meetings,” said Dahlan Al Hamad.

“All these years we brought to Doha dozens of star athletes. We raised the awareness of our sport and engaged, inspired and motivated a growing number of young athletes. Some of them have come of age and are now ready to compete against their idols.

“Most of the Qatar Olympic team members, along with a large number of youngsters will make their outdoor debut, competing against the best, at the top international meeting held in Qatar, the IAAF Doha Diamond League.”

Mutaz Barshim has competed at the Doha Diamond League event three times and has yet to notch a win. In search of his maiden home victory he may need to jump higher than he ever has on Qatari soil (current: 2.37) or even a new meeting record (current: 2.41 by Ivan Ukhov) to prevail.

Qatar’s latest hot prospect, 19-year-old Abdalelah Haroun will run his first scoring race in Doha, following his victory last year in a non-scoring 400m contest for Asian athletes only. In his debut he will face a line-up similar in depth and quality to a World Championships final. Half of the Beijing finalists are expected to run against Haroun, who earned silver at the recent World Indoor Championships in Portland.

The most distinguished member of this formidable 400m squad is the former Olympic and two-time world champion LaShawn Merriitt, who also finished second at the 2015 IAAF World Championships in Beijing.

Merritt set the current Doha meeting record of 44.19 in 2014. The American’s personal best of 43.65 ranks him sixth on the all-time list, one place above another Doha Diamond League entrant, Isaac Makwala from Botswana. In 2015, Makwala, the former African record holder (43.72), was fifth in Beijing and winner at the All-Africa Games in Brazzaville.

Another athlete with a sub-44 credentials to his name is Youssef Ahmed Masrahi from Saudi Arabia, the fastest Asian 400m runner ever (43.93). Masrahi was eighth in Beijing, one place behind Machel Cedenio from Trinidad & Tobago, another IDL Doha starter.

Middle distance enthusiasts will be delighted to see a stellar line-up in the 1500m, which features among others Kenyans Asbel Kiprop, Elijah Motonei Manangoi and Silas Kiplagat.

Kiprop, the 2008 Olympic champion, has won each of the last three World Championships finals, while last year he also produced the fastest time in 14 years, clocking 3:26.69 in Monaco, the third best time ever. The Kenyan also set the Doha meeting record of 3:29.18 in 2014.

23-year-old Manangoi, whose personal best is 3:29.67, was surprisingly second behind Kiprop in Beijing, while Kiplagat, winner in Doha in 2012 and the fifth fastest ever with a time of 3:27.64, has not missed a single final at the Olympics or World Championships since 2011. His best accolade is a silver medal from 2011 in Daegu.

The Kenyans’ fiercest rivals will undoubtedly be Ayanleh Suleiman and Aman Wote who both boast sub-3:30 personal bests. Suleiman, the 2014 world indoor champion in Sopot, is like Kiprop a keen 800m runner as well. He proved his dual-specialty last year snatching bronze in Beijing. Ethiopian Wote is best known for finishing second behind Suleiman in Sopot.

The 800m is not part of the Diamond Race schedule this year in Doha, but Beijing and Portland finalist Musaeb Abdulrahman Balla enters the National race along with Jamal Hairane and Abubaker Haydar Abdalla who finished second and fourth respectively at the recent Asian Indoor Championships.

“I believe that all these early announcements show that we want let down the athletics fans and that the meeting will be once more of a very high calibre with top athletes competing,” added Al Hamad.