Doha: Felix and Schippers to face-off in Doha 100m 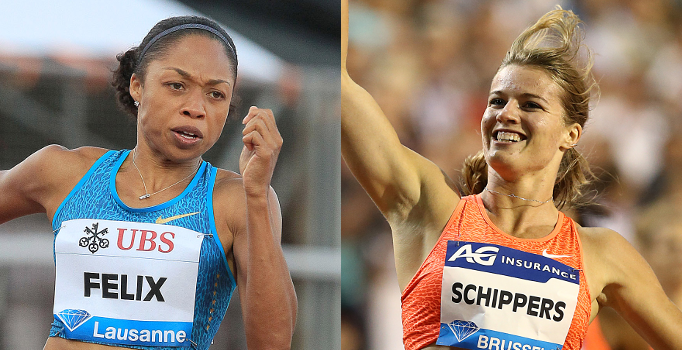 Reigning world champions Allyson Felix and Dafne Schippers will meet in a scintillating 100m clash at the Doha 2016 meeting on Friday 6 May, in what promises to be among the most anticipated head-to-head battles at the opening competition of the 14-meeting IAAF Diamond League series.

Few athletes are as familiar with Doha’s inviting early season conditions as Felix who will be chasing her 12th victory on the Qatar Sports Club track, and her fourth over 100m.

“It’s always great to be back in Doha and start my international season there,” said Felix, whose 11 victories in the Qatari capital also include three in the 200m and five straight in the 400m from 2007 to 2011. In 2012 she won the short dash in 10.92, still the meeting record, as a prelude to her Olympic 200m triumph in London.

In 2015 the 30-year-old Felix added the world 400m title to her long list of achievements, an important stepping stone to her Olympic 200m/400m double aspirations later this summer.

“It will be a great early season test three months before the Olympic Games. The conditions in Doha are always just about ideal, and the competition very strong.”