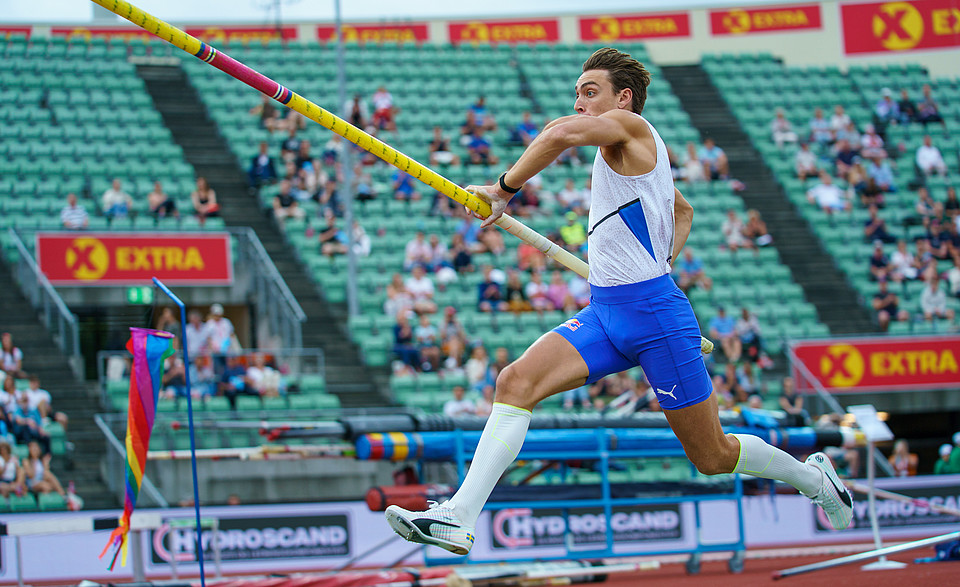 Armand Duplantis runs to a Meeting Record of 6.01 in Pole Vault at the 2021 Oslo Bislett Games meeting in Oslo

World record holder and reigning Wanda Diamond League champion Mondo Duplantis will compete against the likes of Renaud Lavillenie and Sam Kendricks in the men's pole vault in Oslo next month.

Diamond Trophy holder Mondo Duplantis will be aiming for his third successive victory at the Oslo Diamond League when he heads a star-studded men's pole vault field at the sixth meeting of the season on June 16th.

Fresh from extending his world record to 6.20m in the indoor season, Duplantis will be hoping to defend his Wanda Diamond League title and claim a first World Athletics Championship gold medal in the summer of 2022.

WATCH: Best of Mondo Duplantis in 2021

Already set to jump at the season opener in Doha, the Swedish superstar will also take to the runway at the Bislett Games, where he has won in both of the previous two Wanda Diamond League seasons.

2016 Olympic champion Thiago Braz will also be hoping to pick up his first ever Diamond League win, while the home crowd will be throwing their support behind rising Norwegian vaulters Pål Haugen Lillefosse and Sondre Guttormsen.