Eugene: Five Things To Look Out For 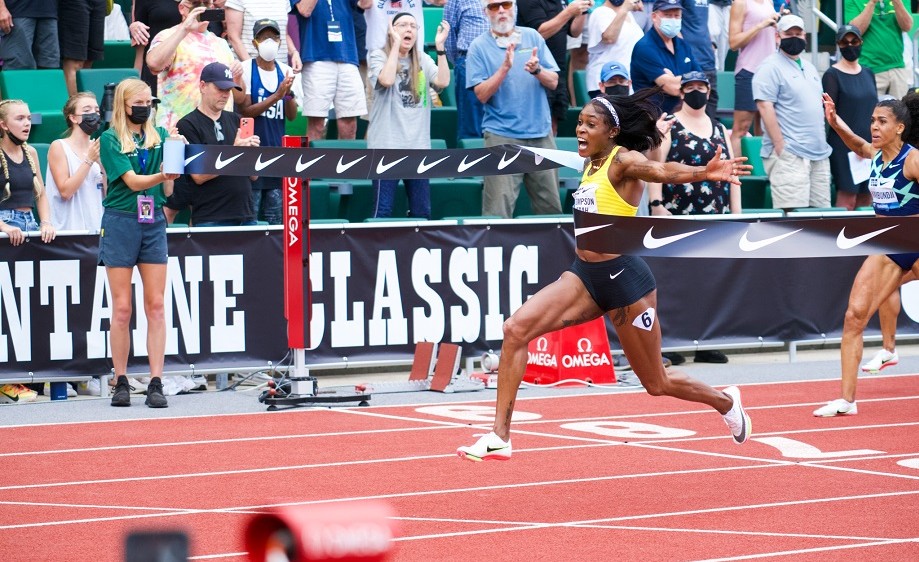 From Elaine Thompson-Herah's return to Hayward Field to the launch of Ryan Crouser's Diamond Trophy defence, here are five things to look out for at the Wanda Diamond League meeting in Eugene this Saturday.

Thompson-Herah back in town

When she last appeared in Eugene, Jamaican legend Elaine Thompson-Herah wrote herself into Diamond League and athletics history. Just days after claiming both gold medals at the Tokyo Olympics, the sprint star ran 10.54 to clock the second-fastest time in women's 100m history and obliterate the Diamond League record.

She returns to the scene of her triumph on Saturday to make an eagerly awaited first Diamond League appearance of the year. Having been forced to pull out of last week's meeting in Birmingham, Thompson-Herah will instead launch the defence of her 2021 Diamond Trophy in Eugene. The clear favourite, she will nonetheless be tested to the limit by the likes of Dina Asher-Smith, Shericka Jackson and Sha'Carri Richardson.

Ryan Crouser finally got his hands on the Diamond Trophy for the first time this season, adding the Diamond League title to his glisting array of gongs after several years in which he narrowly missed out.

The American will launch his title defence on home soil in Eugene, going up against familiar rivals and former Diamond League champions such as Joe Kovacs, Tom Walsh and Darrell Hill.

He will be hoping to emulate the form he showed at Hayward Field last year, when he threw a show-stopping 23.15m to set a new series record.

Allman vs Perkovic: Round Two

There was a time when Sandra Perkovic was almost unbeatable in the women's discus. The Croatian legend notched up six consecutive Diamond League titles between 2012 and 2017, making her the joint most successful woman in the history of the series.

Nowadays, there are a few more contenders on the block, with Cuba's Yaime Perez twice denying Perkovic a record-breaking seventh title in 2018 and 2019, before the USA's Valarie Allman added the Diamond Trophy to her Olympic gold medal last summer.

Allman just beat Perkovic to first place in Birmingham last weekend, and she remains the favourite as she prepares to take on the Croatian on home soil in Eugene. Yet Perkovic is never to be underestimated, and the Hayward Field crowd are likely to be treated to a breathtaking battle in the women's discus.

Ukrainian star Yaroslava Mahuchikh will launch her bid for the Diamond Trophy with her first appearance of the season in the women's high jump, as she looks to put a narrow defeat in last year's final behind her.

Mahuchikh looked on course to claim the title in Zurich last September, before a stunning fightback from multiple Diamond League champion Mariya Lasitskene saw her miss out by the skin of her teeth.

Yet the 20-year-old is the undisputed favourite for this year's title, and will be looking to build on her gold medal at the World Indoor Championships and get early points on the board at the Prefontaine Classic.

Fireworks in the mile

Reigning 1500m Diamond League champion Timothy Cheruiyot suffered a surprise defeat at the season opener in Doha, with compatriot Abel Kipsang beating him to the line in the metric mile.

The Kenyan legend has his work cut out in Eugene as he looks to reassert his recent Diamond League dominance. In the Bowerman Mile, he faces not only Kipsang, but also Olympic champion Jakob Ingebrigtsen and brother Filip Ingebrigtsen.

Cheruiyot has held the Diamond Trophy since 2017,  but he arguably needs a win to maintain the title favourite tag in the second race of the season on Saturday.