Everything You Need To Know About WDL 2021 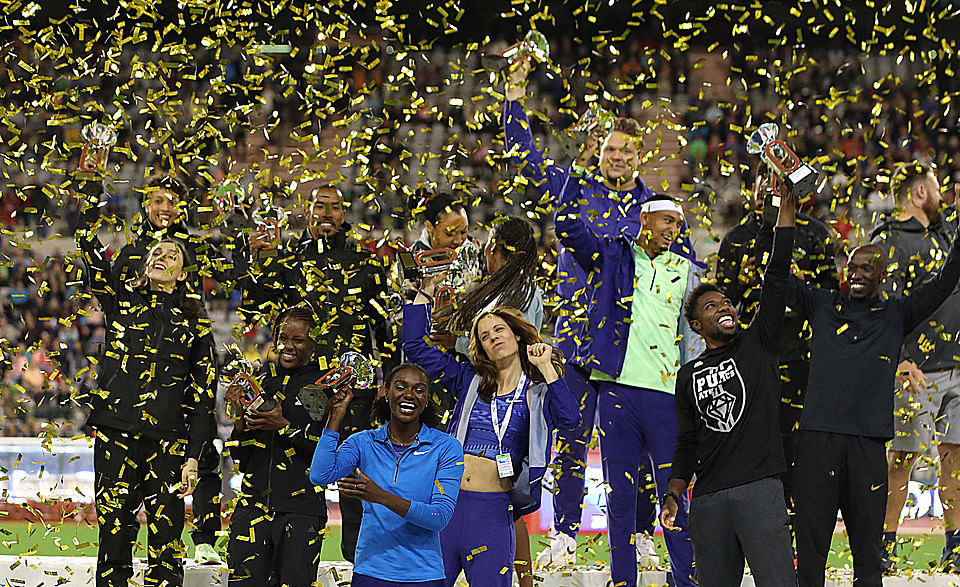 The Wanda Diamond League expects to return to a competitive season in 2021, with 13 meetings leading up to a two-day final in Zurich in September. Athletes will compete in 32 disciplines for the prestigious Diamond Trophy, and the prize money has been restructured.

If the global health situation allows, the Wanda Diamond League will return to a full competition format in 2021 with the world’s best athletes fighting it out over 13 meetings for a place in the final and a shot at the Diamond Trophy.

Changes to the competition in 2021 include a return to the full programme of 32 disciplines and the introduction of a new award for the “Best Performing Athletes” across five discipline groups.

The Wanda Diamond League is the week to week shop window for top level athletics and an engine for innovation.  Here’s everything you need to know about WDL 2021.

From May to September, 13 series meetings will be staged across 12 different countries in four different continents, with athletes competing for a place in the Wanda Diamond League Final.

Each meeting will take place in a two-hour TV world programme and will stage 14 Diamond disciplines (events in which athletes compete for Diamond League points). The disciplines featuring in each of the meetings will be announced later this month.

At the end of the 13 meetings, the athletes with the most points in each Diamond discipline will qualify for a place in the WDL Final in Zurich, where all 32 Diamond League Champions will be crowned in a two-day season finale.

Seven finals will take place as street events in Zurich’s historic city centre on Wednesday, 8th September, with the remaining disciplines held in the Letzigrund Stadium as part of a three-hour world feed programme on the following day. Both days will be broadcasted live on TV.

The winner of each final will be crowned Wanda Diamond League Champion and take home the prestigious Diamond Trophy and 30,000 USD.

As in previous years, the Wanda Diamond League will allocate prize money across all disciplines, with male and female athletes receiving the same amount.

At every series meeting, a total of 25,000 USD will be up for grabs in each Diamond discipline. In the final, the Wanda Diamond League Champion in each discipline will receive 30,000 USD in prize money, with a further 30,000 USD distributed amongst the other finalists.

In addition to its commitment to equal prize money for male and female athletes across the series, WDL 2021 will also introduce a new award for outstanding performers in 2021.

A 500,000 USD bonus pot has been set aside for “Best Performing Athletes” -- those who deliver consistent, high-level performances throughout the season. There will be ten award winners in total -- one male and one female athlete respectively in the sprints, hurdles, distance events, jumps and throws.

In total 7 million USD in prize money will be awarded in the course of the Wanda Diamond League season 2021.

Following a planned reduction in the number of disciplines for 2020, the series returns to a full programme of 32 disciplines in 2021. The triple jump, the discus, the 200m, the 3000m steeplechase and the 5000m will be reinstated.

To better promote the field events in an action-packed two-hour schedule and give them their own stand-alone moments of focus and drama, a qualifying round followed by a final will be introduced for the long jump, triple jump, shot put, javelin and discus. This new format, called The Final 3, will mean that the three athletes with the longest jumps and throws in the qualifying rounds will come together in a final where all previous results will be cleared as they compete for first, second and third place adding drama, jeopardy and excitement for stadium spectators and the millions of television fans around the world.

“This has been a frustrating year for the athletes, meeting directors, broadcasters, sponsors and of course fans,“ said the Chairman of the Diamond League Association, Sebastian Coe.  “We have managed to host eight WDL meetings this year in one form or another and I would like to thank the meeting organisers and our athletes for believing, hosting and competing.

"We have also used this time to bring together the meeting organisers, broadcasters, athletes and managers to openly discuss issues, share ideas to grow the WDL and understand more about the pressures each group faces. I would like to thank my colleagues on the WDL Board for driving these discussions and all our broadcasters, organisers, managers and particularly our athletes for being candid and innovative and giving us their time. The process has helped remind all of us about why the WDL is so special and I am confident this will shine through to the fans in this coming season."

“We welcome the decision to include all 32 disciplines in 2021,” said Valerie Adams, deputy chair-person of the WA Athletes’ Commission and five-time Diamond League Champion.  “We also appreciate the time and effort made by the WDL Board members and meeting organisers to discuss concepts, listen to feedback and ideas and incorporate them into this final format for 2021.  Innovation is important and as athletes we constantly tweak and evolve our training to get better.  We understand that need and also know that not every new idea will work, but we are committed to working with the WDL stakeholders to innovate and grow the series.“

“The efforts made toward reinstating the previously removed disciplines are perceived as a tremendous success.  Not only is it enormously appreciated but furthermore reassuring to the athlete body's voice. I am encouraged to be a part of and witness the significant change that is occurring within World Athletics, the Wanda Diamond League, and the athlete body. To be recognized, respected, and conversed with as we plan the restructuring and execution of the WDL 2021 season and beyond should help all athletes feel that their voices matter. Be comforted that athletes are working alongside the major influencers in our sport to adapt, evolve, and locate methods for bringing the sport to a healthier future. We stand on common ground and share the passion for bettering our sport, but we realize that the continued dialogue between stakeholders is fundamental,” said Christian Taylor, president of the Athletics Association and a seven-time Diamond League Champion.