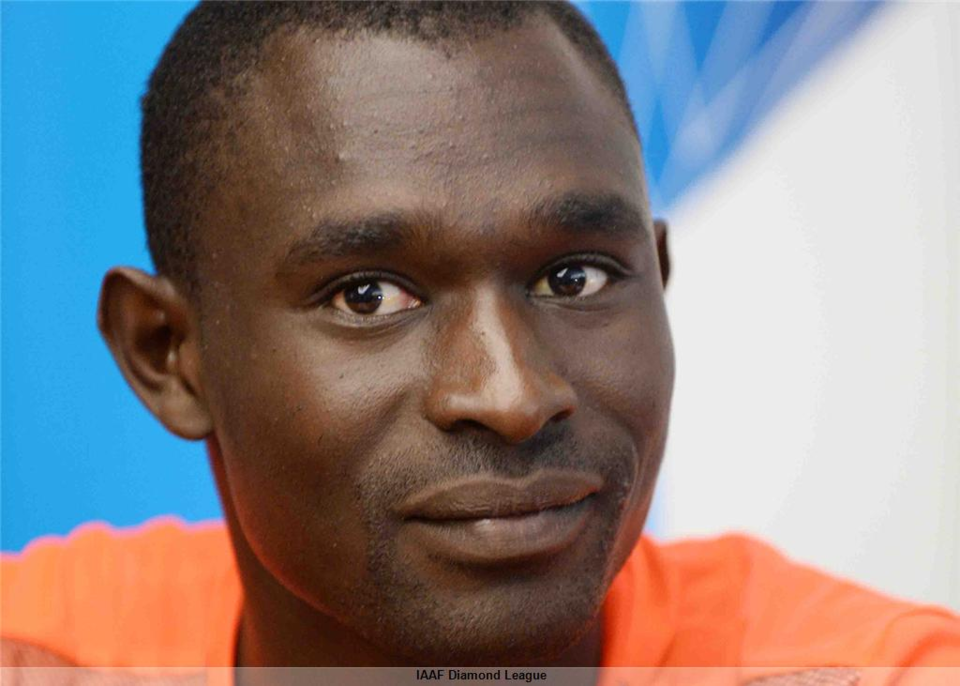 When you’ve broken one of the toughest world records in the book in an Olympic final and produced arguably THE performance of the games, you could be forgiven for believing that life will remain sweet forever.

Yet for David Rudisha, the season that followed his golden 2012 didn’t quite pan out the way he had hoped. In fact, a serious knee injury limited the Kenyan great to just two early season outings in 2013, the IAAF Diamond League meetings in Doha and New York, and left him having to look on helplessly as Ethiopia’s Mohammed Aman took his world crown in Moscow.

“It was a tough year,” recalls the 25-year-old as he prepares to race in the IAAF Diamond League for the third time this year. “It’s hard when you are out and expecting to be competing, but when the injury comes there is nothing you can do about it. The only thing is to stay motivated and to try to work things out and make sure you overcome the situation.”

Staying calm is easier said than done, especially for someone so accustomed to the daily rigors of being an athlete.

“As athletes, we are very dedicated with our training,” he explains. “It has been my main job for so many years now and I think when I was out, it was something I wasn’t prepared for. I didn’t know where I belonged and I was waiting every day, hoping that the next day would be better and that I’d be able to start training and start competing again. So it was tough.”

Fortunately, Rudisha’s passion for the sport ensured that when he was forced onto the sidelines, he could still take pleasure from witnessing the exploits of others, albeit with a tinge of regret.

“I also enjoy being a spectator for a short while,” he grins. “It was good. I was in Russia for the World Championships and I enjoyed watching. It was a little bit tough though, as I felt I should be there but there was nothing I could do about it.”

If there was one positive to be gained, however, from the 2011 world champion’s period away, it was the way in which his absence reaffirmed his love for the sport:

Now, with two IAAF Diamond League races under his belt in 2014, Rudisha feels that he is on the verge of getting back close to his best. 1:44.87 for 7th place in Eugene was followed by 1:44.63 in New York, enough to leave him sitting in second place in the Diamond Race and a platform on which to build the rest of his season.

Training has clearly gone well since his American exploits, meaning that Rudisha can look forward to the next couple of months with confidence.

“I had three good weeks and I think I’m improving,” he reveals. “And by the looks of things, I think we are going to see a big improvement this weekend. I don’t think 1:44 is the sort of time that I’ll be happy to be running all the time. I want to see myself get the world leading time and close in on 1:42.”

With such a performance would inevitably come victory and with that the points required to move to the top of the 800m Diamond Race standings, as he seeks to regain the title that he last won in 2011.

It would crown a popular comeback for one of the greatest athletes that the IAAF Diamond League, and the sport, has ever seen.