Florence: Five Things To Look Out For 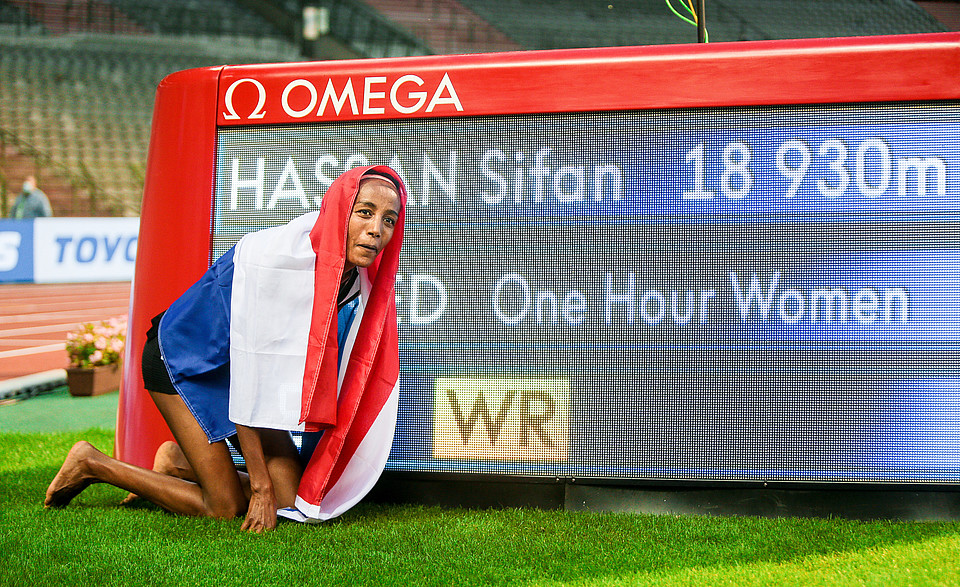 From world-record breakers to local heroes, there is plenty to look forward to at the third Wanda Diamond League meeting of the season in Florence on Thursday.

Hassan in her stride

Fresh from breaking the 10,000m record in Hengelo at the weekend, Dutch star Sifan Hassan returns to the middle distance events with the women's 1500m on Thursday. Forty years to the day since Sebastian Coe broke the men's world record in the same city, could Hassan set a new women's record in Florence? The Dutch star has form in the Wanda Diamond League, having broken the mile world record in Monaco in 2019 and the one-hour world record in Brussels last year. Still in world-beating form, she will be out to make Diamond League history for the third time in three years in 2021.

Another athlete who knows how to break a world record in the Wanda Diamond League is Joshua Cheptegei, who did so in the men's 5000m in Monaco last season. The Ugandan long-distance star returns to the 5000m in Florence this week, making his first Diamond League appearance of the 2021 season. He will have his work cut out, however, with in-form Norwegian prodigy Jakob Ingebrigtsen also looking to land his first 5000m win of the season after victory in the 1500m in Gateshead. Mohamed Katir, who won the 5000m with a personal best in Gateshead, will also be on the startlist.

The men's high jump is always a highlight at the Pietro Mennea Golden Gala when local hero Gianmarco Tamberi is in town. The half-bearded, charismatic Italian star invariably gets the home crowd behind him, giving him a sprinkling of home advantage. Yet Tamberi is not the favourite on Thursday, with three-time Diamond League champion Mutaz Essa Barshim and current title holder Andriy Protsenko also in the field. All of them will be looking to catch Ilya Ivanyuk, who landed the first blow on the Road To The Final with victory in Doha last month.

Jamaican 110m hurdles star Omar McLeod looks in fine form after running the second-fastest time this year with 13.08 in Hengelo. The nine-time Diamond League meeting winner makes his first appearance on the circuit this year in Florence, and faces a stern test in experienced racers such as Andrew Pozzi and Pascal Martinot-Lagarde. In the women's 400m hurdles, Femke Bol returns to the meeting where she clocked an impressive 53.90 last year. The win was only her second on the Diamond League circuit, and the rising Dutch star will have her sights set on more glory as she launches her 2021 campaign this week.

Four-time Diamond Trophy winner and current title holder Katerina Stefanidi made a slow start to her title defence in Doha last month, as she slipped to a fourth place finish behind Holly Bradshaw and US rivals Sandi Morris and Katie Nageotte. The Greek star will be hoping to turn things around in Florence, where she faces Bradshaw and world champion Anzhelika Sidorova. The pressure is also on Sidorova herself, who finished an unexpected seventh in Doha.