Hurdles - What's At Stake In Birmingham And Paris? 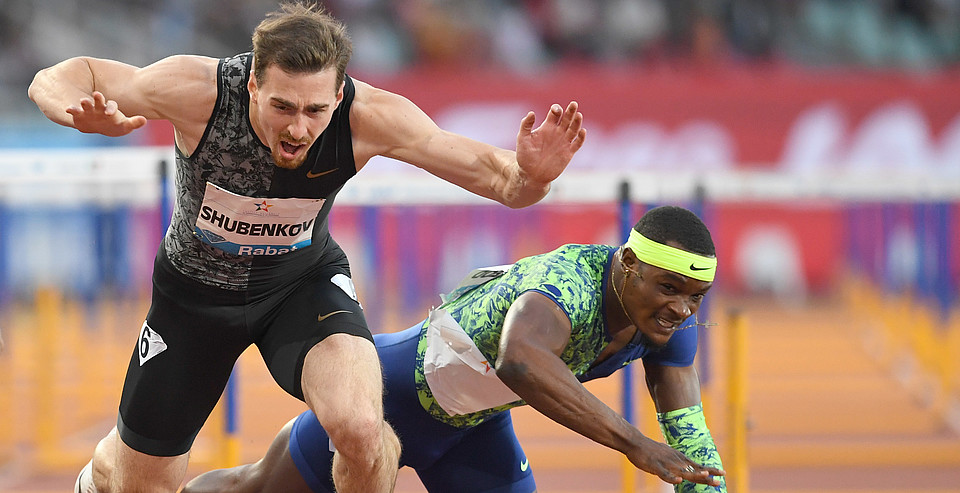 The hurdles events will reach a nail-biting climax in Birmingham and Paris this month, with a grand total of 15 places in the Diamond League Final are still up for grabs. Find out who has already qualified and who needs still more points as the Road To The Final hits the home straight.

It's a dog-eat-dog world in the Diamond League, and if you don't pick up enough points during the season, you can wave goodbye to your chances of competing in the final and winning the Diamond Trophy.

Birmingham and Paris will be the last chance for the world's top hurdlers to pick up points on the Road To The Final, and there is still much at stake as we approach the final bend.

In part two of our discipline-by-discipline guide, we break down which hurdlers have already qualified and who still needs points in Birmingham and Paris.

One of the most wide-open competitions of 2019, the men's 400m hurdles is yet to see anyone secure qualification for the Diamond League Final.

Ireland's Thomas Barr leads the standings thanks to a string of podium finishes in Shanghai, Stockholm and Oslo, while Karsten Warholm also looks a safe bet to qualify after his victories in the two Scandinavian meetings.

Rai Benjamin and Abderrahman Samba also each have one win to their name this season, though Samba may be feeling the heat a little. The Qatari currently sits just one point above the non-qualification spots, and is just a few points ahead of Yasmani Copello and Rasmus Mägi.

With points up for grabs in both Birmingham and Paris, meanwhile, there is still a lot of scope for things to change.

The men's 400m hurdles final will take place in Zurich on August 29.

Birmingham will see two of the undisputed stars of the women's 100m hurdles go head to head, as world record holder Kendra Harrison takes on Danielle Williams, the fastest in the world this year.

Both Williams and Harrison are among the six athletes who have already qualified for the final, with Sharika Nelvis, Christina Clemons, Tobi Amusan and Elvira Herman making up the remaining four.

That still leaves two places in the final up for grabs, however. Nia Ali currently sits in seventh, and will be hoping to secure her final spot next Sunday, but she will have to keep an eye on Nadine Visser and Queen Claye, both of whom are running in Birmingham and are just a few points adrift of a qualification place.

The women's 100m hurdles final will take place in Brussels on September 6.

The women's 400m hurdles is already done and dusted, with all qualifying meetings complete and seven athletes already having qualified.

Zuzana Hejnova, Dalilah Muhammad, Janieve Russell, Shamier Little, Ashley Spencer, Anna Ryzhykova and Sydney McLaughlin will all have a shot at the Diamond Trophy in Zurich on August 29.

That means there will be no women's hurdles event to enjoy in Paris, but there is still a great deal at stake in the men's 110m hurdles.

Sergey Shubenkov and Orlando Ortega have both notched up two victories so far this season, meaning both of them can sit back and relax, knowing that their place in the final is beyond doubt (not that they will).

Britain's Andrew Pozzi is also through thanks to a handful of podium finishes, while Omar McLeod would have to be very unlucky not to reach the final. After victory in Shanghai, the Jamaican's tumble in Rabat meant that he missed out on maximum points, and is still point or two short of qualification in fourth place.

Further down, the likes of Ronald Levy and Wilhem Belocian are looking to hold of Antonio Alkana and Milan Trajkovic. Home hero Pascal Martinot-Lagarde could still technically qualify under his own steam, but he would need to win in Paris and hope that several other athletes failed to pick up points.

The men's 110m hurdles final will take place in Brussels on September 6.