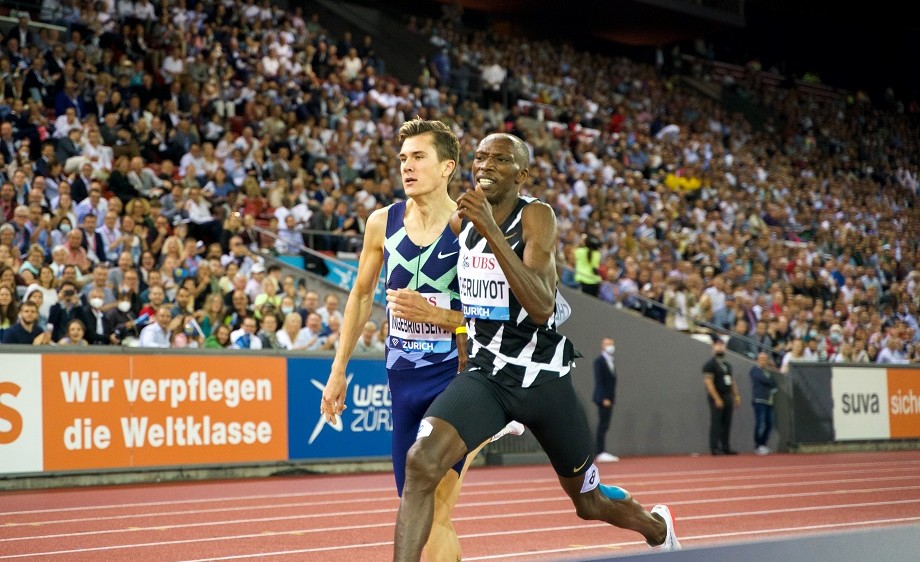 Norwegian 1500m Olympic champion Jakob Ingebrigtsen and Kenyan Wanda Diamond League champion Timothy Cheruiyot will battle it out in the Bowerman Mile at the Prefontaine Classic in Eugene this month.

Reigning Wanda Diamond League champion Timothy Cheruiyot and Olympic champion Jakob Ingebrigtsen will resume their rivalry in the men's 1500m when they go head to head in the prestigious Bowerman Mile at the Prefontaine Classic in Eugene on May 28th.

Cheruiyot claimed his fourth career Diamond Trophy when he edged out Ingebrigtsen in the final in Zurich last year, just weeks after the Norwegian had beaten him to the gold medal in Tokyo.

Ingebrigtsen, 21, already has a rich history of success in the Bowerman Mile. At the 2017 Pre Classic Ingebrigtsen became the youngest to ever break the four minute barrier, running 3:58.07 at the age of 16. One year later he would lower his time to 3:52.28 and come back again in 2019 with a 3:51.30. In last year’s race, Ingebrigtsen captured his first Bowerman Mile victory, running the fastest time ever on U.S. soil, 3:47.24. After breaking the Olympic record in Tokyo last summer and taking down the indoor 1500 meter world record earlier this year, it’s clear the Norwegian is ready to cement himself further in the record books.

The budding rivalry between Ingebrigtsen and Cheruiyot will add another chapter at the Pre Classic in 2022. After winning the Bowerman Mile and claiming gold at the World Championships in 2019, Cheruiyot took silver at the Olympic games last year. He would ultimately bounce back to beat the Norwegian in Zurich.