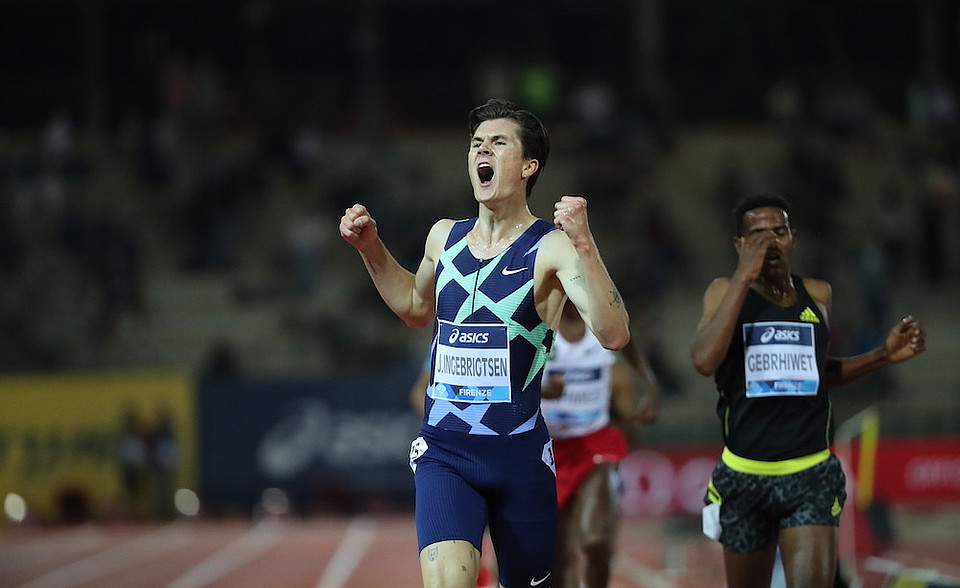 Jakob INGEBRIGTSEN from Norway reacts as he crosses the finish line in the 5000m men final at the Diamond League track and field meeting in Florence on June 10, 2021.

Olympic champion Jakob Ingebrigtsen is hoping to become the first of his brothers to win the mile at Oslo's Bislett Games at the Wanda Diamond League meeting in the Norwegian capital this month.

Jakob Ingebrigtsen will be out to deliver for the home crowd when he lines up in a stellar men's mile field at thesixth Wanda Diamond League meeting of the season in Oslo on June 16th.

Ingebrigtsen will take on the likes of Spain's Mohammed Katir, Australia's Stewart McSweyn and Kenya's Abel Kipsang in the showpiece event at Oslo's Bislett Games.

Though there is a long tradition of world class milers shining in Oslo, none of the Ingebrigtsen brothers have ever won the event at their home stadium. As reigning Olympic and European champion in the men's 1500m, Ingebrigtsen is best placed to change that this month.

HIs older brother Henrik, meanwhile, is set to compete in a strong men's 5000m field against the likes of Getnet Wale, Jacob Kiplimo and 1500m world indoor champion Samuel Tefera.