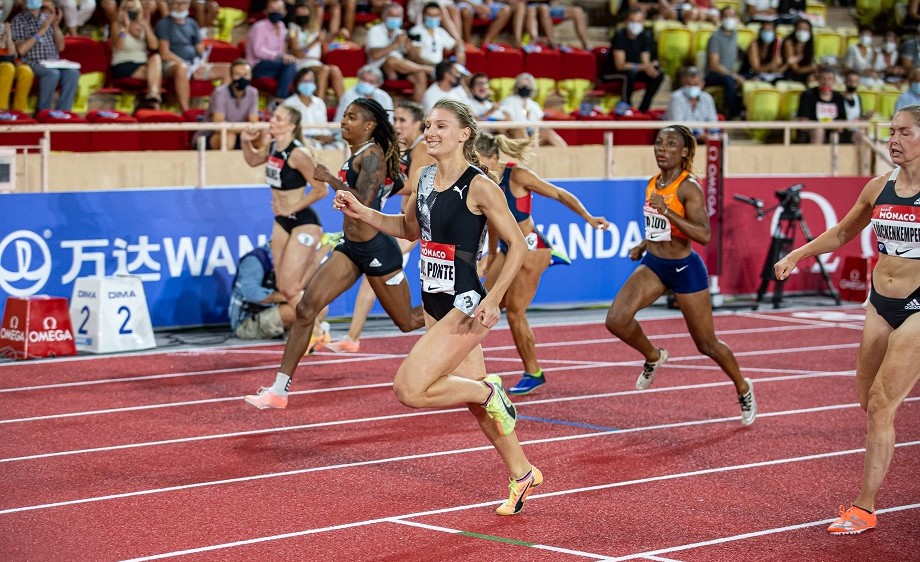 Swiss sprinter Ajla Del Ponte and US long jumper Steffin McCarter reflect on the thrill of competing in their first ever Wanda Diamond League meetings.

For most athletes, a first ever appearance on the Wanda Diamond League circuit is a life-changing moment. A giant leap for an aspiring track and field star as they take their first small steps onto the professional circuit in the sport's most prestigious global series.

For some, it can be a harbinger of great things to come. Many future world and Olympic champions can trace their rise to greatness back to a memorable Diamond League debut. Two years before he was crowned world champion, US sprinter Noah Lyles stormed to a statement win in the men's  200m at the Shanghai Diamond League, claiming a debut victory at the age of just 20. A year earlier, Jamaica's Omar McLeod began the season with a brilliant victory in the 110m hurdles in Doha, before going on to claim gold at Rio 2016 a few months later.

Victory on debut in the Diamond League is not just a personal milestone, it's also a statement to the world's best athletes that you can compete - and win - against the very best of your discipline.

"I had been at big track meets before, but I'd never won one, and the Diamond League is a big thing: it's the professional circuit," says US long jumper Steffin McCarter, looking back on his winning debut in Brussels in 2021.

When he arrived in the Belgian capital, McCarter says, he was starstruck by the company he found himself keeping and by the electric atmosphere in a packed King Baudouin Stadium.

"For a split second, I was like: Am I good enough to be here?" he laughs.

He soon proved he was, jumping 7.99 in the Final 3 to beat South African star Ruswahl Samaai and claim his first ever Diamond League victory and a place in the series final a week later.

The incentive of a place in the final, he says, meant that he was able to leave everything out on the track: "It was the last Diamond League in the long jump and I had to win to make the Diamond League Final. They were like: you've only got one shot!"

For Swiss sprinter Ajla Del Ponte, who made her Diamond League debut in Monaco a year earlier, her first race was also a dream come true.

"When you get the call, it's like the first Christmas you remember, it's something special because it's your first Diamond League," says the Swiss, who now has eight Diamond League victories to her name.

As she lined up in the 100m against the likes of Ivorian legend Marie-Josée Ta Lou at Herculis in 2020, she admits that the first few seconds of the race were a blur.

"I have no idea what happened between the moment I got into the starting blocks and the 50 metre line!" she laughs.

It was what happened after that mattered though, as Del Ponte clocked 11.16 to beat Ta Lou and co. and win on the famous Monaco track.

"If you'd asked me 10 years ago if I would ever win a Diamond League race, I'd have said you are crazy," she says.