London: 33 Medallists To Star On Friday 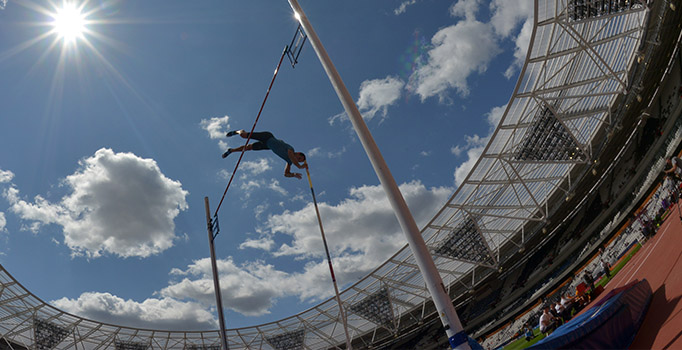 A total of 33 reigning Olympic and World medallists will join Usain Bolt and Jessica Ennis-Hill at Queen Elizabeth Olympic Park just two weeks before the Olympic Games, as the world’s best athletes head to London on Friday 22 July – the opening day of the Müller Anniversary Games which organisers are dubbing ‘Rio in a weekend’.

The Friday night under the lights will bring back fans memories of the summer of 2012 with the Blue Riband event of the evening being the men’s 200m where Usain Bolt will face British talent Adam Gemili (coach: Steve Fudge), Nethaneel Mitchell-Blake (Dennis Shaver) and Zharnel Hughes (Patrick Dawson) in what is expected to be the fastest 200m ever staged in the UK.

British eyes will also be focussed on Olympic and World Champion Jessica Ennis-Hill (Toni Minichiello) who faces a world class field including world leader Kendra Harrison in the 100m hurdles.

The men’s 100m is set to be another highlight of the Friday night with fastest man in the world in 2016, Jimmy Vicaut of France, taking on Great Britain’s European 100m Champion James Dasaolu (Steve Fudge) and fellow sub-10 second Briton Chijindu Ujah (Jonas Tawiah-Dodoo).

Another British athlete in top form is Laura Muir (Andy Young), who won the British 1500m title in impressive fashion last weekend and could look to challenge Kelly Holmes’ British record of 3:57.90 in London. She will face her teammate Laura Weightman (Steve Cram) as well as Commonwealth champion Mercy Cherono and 2012 World Indoor Champion Hellen Obiri in an extremely competitive field.

The field events will be equally strong with world record holder and current Olympic champion Renaud Lavillenie competing against the World Champion, Canada’s Shawn Barber, in the pole vault. Croatia’s four-time high jump World Champion Blanka Vlasic will make her first appearance at the Queen Elizabeth Olympic Park and will face stiff competition from European champion Ruth Beitia of Spain and the British duo of Morgan Lake and Isobel Pooley.

Eilidh Doyle (Malcolm Arnold) has been in great form during 2016 and will be hoping to clinch her second IAAF Diamond League win of the summer on home turf.

The evening will climax with the women’s 4x100m relay where the talented British squad who won gold at the 2014 European Championships will take on Jamaica in a test of their ambition to win Olympic medals in Rio.

Other notable competitors on a thrilling Friday night in London next month include 2008 Olympic 1500m champion Asbel Kiprop, who will be aiming to win his third successive Emsley Carr Mile, Sanya Richards-Ross, who will be returning to the venue of her 2012 gold medal triumph in the 400m, Kenya’s World javelin champion Julius Yego and World and Olympic triple jump champion Christian Taylor.

Niels de Vos, Chief Executive of UK Athletics, said: “Coming exactly four years after the start of the London Olympics, the Müller Anniversary Games will be the one of the highlights of the British summer of sport and evoke great memories of 2012. Staged exactly two weeks before the Rio Olympic Games, the athletes will be in incredible form and will put everything on the line to be ready for Rio. The field is shaping up to be the best assembled anywhere in the world this year and the Friday night will see an exceptional array of global stars on show.”

Staged at the former Olympic Stadium in Stratford on 22-23 July 2016, the Müller Anniversary Games will provide the final races for many of the world’s best athletes before they head to Rio for the Olympic and Paralympic Games and is being dubbed by organisers as ‘Rio in a weekend’.