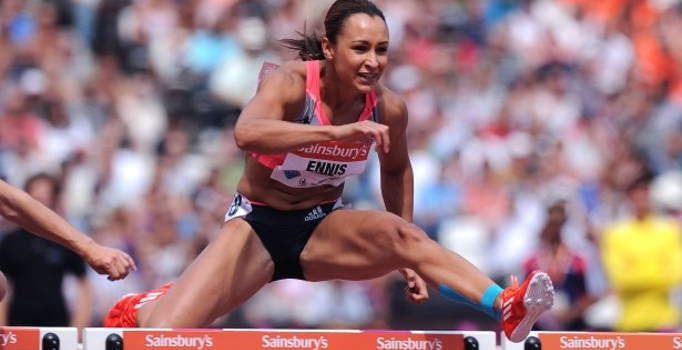 Jessica Ennis-Hill (coach: Toni Minichiello) will join the best athletes in the world in competing at the Müller Anniversary Games, staged at the former Olympic Stadium in London just two weeks before the start of the Rio Olympic Games.

The Olympic and world heptathlon champion will compete in the 100m hurdles on a thrilling Friday night of athletics and joins an already mouth-watering field which could easily be an Olympic final line-up.

The 2016 world leader and second fastest women ever Kendra Harrison will look to extend her gap at the top of the Diamond Race standings in London and she will be joined reigning world indoor champion Nia Ali, 2013 world champion Brianna Rollins and Britain’s European champion Tiffany Porter (Rana Reider).

Ennis-Hill looks on course to challenge for a podium position at the Rio Olympic Games following her best heptathlon since the 2012 Olympics in very difficult weather conditions in Germany last weekend and is targeting another strong performance at the Müller Anniversary Games.

She won in Ratingen with a total of 6733 points, just 32 points behind Brianne Thiesen-Eaton’s world leading mark set in Gotzis last month, and is now looking forward to returning to the stadium where she won Olympic gold in 2012 and set a British 100m hurdles record of 12.54.

Ennis-Hill said: “I have been very selective about my competitions but due to the very strong field in the 100m hurdles in London my coach and myself felt it was good to have a fast race before heading to the training camp for Rio.

“I love running the hurdles and know there is a quicker time in me this year. The competition on the Friday night at the Müller Anniversary Games will be tough, so I am banking on a good crowd to lift me to run a good time.”

Harrison has been in incredible form during 2016, she has won all six of her races this year and re-written the American record with a time of 12.24. She will have Pearson’s stadium record of 12.35 and maybe even the world record of 12.21 in her sights when she lines up at the Queen Elizabeth Olympic Park.

The American record holder said: “I’m really happy with how I’ve been running this year and it will be important to keep it going at the Muller Anniversary Games with it being so close to the Olympics. I’ve been getting close to the world record and if everything goes perfectly hopefully I can challenge it in London.”

Ennis-Hill leaped to a long jump personal best of 6.63m in Ratingen and will also contest that event on the Saturday of the Müller Anniversary Games, where she will face some of the world’s best long jump talents.

Staged at the former Olympic Stadium in Stratford on 22-23 July 2016, the Müller Anniversary Games will provide the final races for many of the world’s best athletes before they head to Rio for the Olympic and Paralympic Games and is being dubbed by organisers as ‘Rio in a weekend’.

The world’s fastest man Usain Bolt has already confirmed that he will compete on the Friday night as part of what will be one of the best weekends of athletics anywhere in the world this year.