London: Rutherford to compete at London Stadium for final time 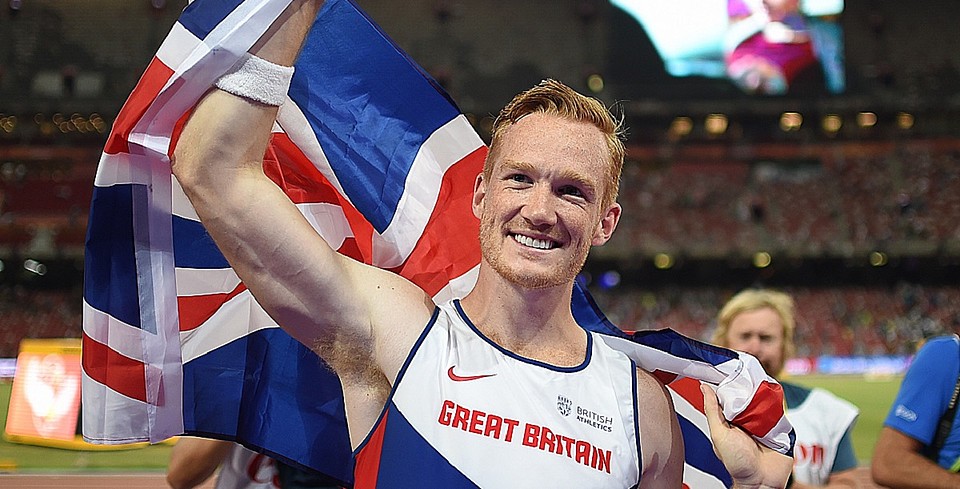 Olympic, World, European and Commonwealth gold medallist Greg Rutherford has confirmed he will compete at the London Stadium for the final time at next month’s Müller Anniversary Games (21-22 July).

Rutherford famously won Olympic gold on ‘Super Saturday’ at London 2012 alongside Jessica Ennis-Hill and Mo Farah, but, Rutherford will bring his glittering long jump career to a close at the end of the 2018 summer season.

Having won back-to-back European gold in 2014 and 2016, Commonwealth gold in 2014 and the world gold in Beijing in 2015, he became only the fifth British track and field athlete to hold the four major titles simultaneously.

The 31-year-old will embark on a farewell tour this summer, including competing in what promises to be a thrilling long jump competition at the Müller Anniversary Games.

The Marshall Milton Keynes athlete sent the home crowds into delirium with gold at London 2012, and Rutherford wants to repay the public for all their support during his illustrious career.

“I might find I am waving and clapping to the crowd more than in previous years because my focus is going to be giving back to the wonderful British public. I want to take it all in because once that sixth round is done that will be the last time I ever jump as an athlete in the stadium.”

With the London Stadium containing special memories for Rutherford, the long jumper is hoping the venue will provide a fitting farewell party.

“I want it to be a party atmosphere from the point of view it’s like a leaving do for me. If I was in complete tip top shape, I would be wanting to go in there and win the competition and beat everyone else. But, I am being realistic and the long jump event is fantastic this year, so for me I am going to London to thoroughly enjoy it,” the long jumper said.

Rutherford will be joined on the runway by a star-studded field and he is anticipating an enthralling competition, which will include Olympic champion Jeff Henderson and Cuban sensation Juan Miguel Echevarria.

“It’s going to be brilliant because the thing is the London Stadium is a good place to jump so if the guys catch it they can jump really, really big there,” Rutherford said.

See the biggest stars at the Müller Anniversary Games on 21-22 July; for tickets visit: www.britishathletics.org.uk/events-and-tickets/muller-anniversary-games-2018/