Medallists and record-breakers descend on Doha 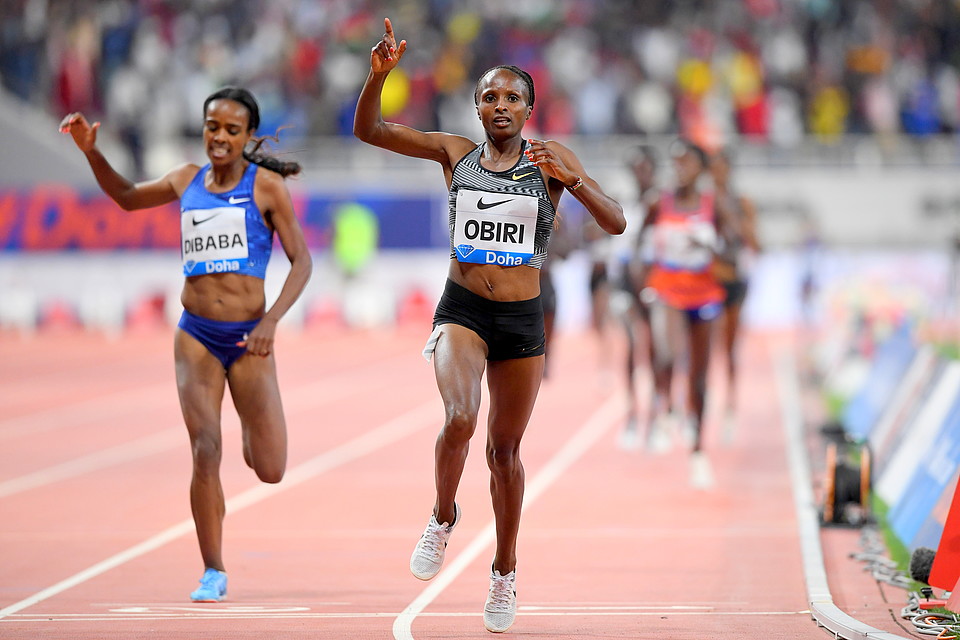 Mondo Duplantis, Elaine Thompson-Herah, Timothy Cheruiyot and Hellen Obiri are among the star names who will grace the track at Doha's Qatar Sports Club in the final Wanda Diamond League meeting of the season this Friday.

Ten Olympic medallists from Rio 2016 and 17 World Championship medallists will star at the Wanda Diamond League meeting in Doha on Friday 25 September 2020.

Across a high quality programme, event highlights are expected to include the men’s pole vault and 1500m, and the women’s 100m and 3000m.

In the men’s pole vault, world record holder Mondo Duplantis (Sweden) - World Championships silver medallist in Doha last year - will again be the one to watch.

Having set an outright world record of 6.18m at the World Indoor Tour meeting in Glasgow in February, he is now officially the best vaulter in history following his incredible 6.15m clearance at the Wanda Rome Diamond League on 17 September. His outdoor best exceeds Sergey Bubka’s previous record of 6.14m which stood for a remarkable 26 years.

Thompson-Herah’s 10.85 season’s best - set at the Wanda Diamond League meeting in Rome - is the fastest time of the year to date.

Obiri, Olympic 5000m silver medallist and 2019 World Cross Country champion, proved her recent good form with a world-leading 14:22.12 to win the 5000m at the Wanda Diamond League meeting in Monaco in August.

In total, six reigning world champions and three reigning Olympic champions will return to Doha for the Wanda Diamond League meeting this week.

In addition to those noted above, Timothy Cheruiyot (Kenya), world 1500m champion, will race over 800m.

“It’s been a tough summer for everyone, yet we’ve witnessed some exceptional track and field performances. I’m confident that in Doha, the fourth and final competitive meeting of this shortened 2020 Wanda Diamond League series, that we’ll provide a fitting finale.”

Doha’s Qatar Sports Club will host the revised 12-event programme for the Wanda Doha Diamond League which includes sprint hurdles and 800m for both men and women; 100m, 3000m and long jump for women; and 200m, 400m, 1500m and pole vault for men.

Due to the impact of Covid-19, the 2020 Wanda Diamond League does not form a structured series of events leading to a final and athletes will not earn Diamond League points this season.