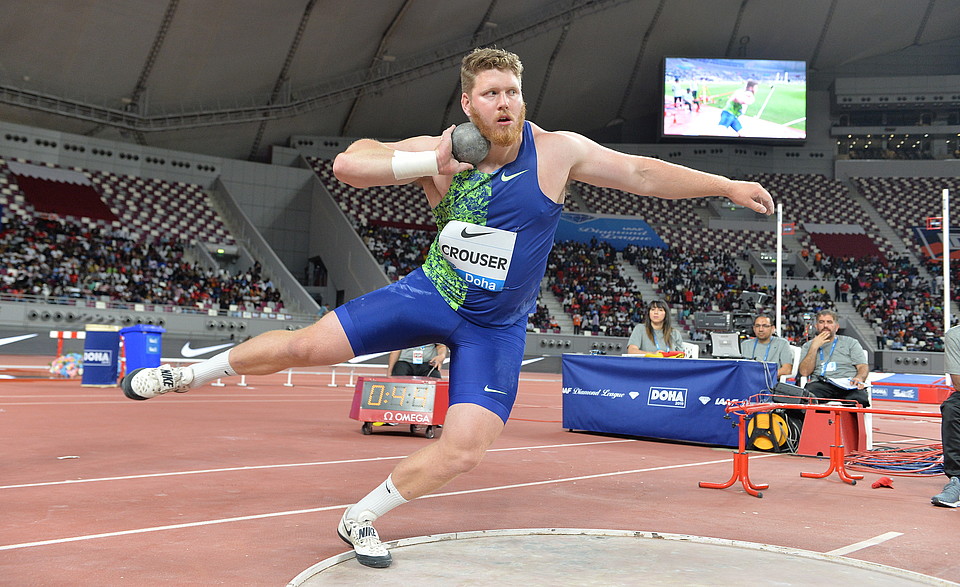 US shot put star Ryan Crouser broke the world indoor record in January. Will 2021 be the year in which he finally breaks his Diamond League duck?

It may seem odd to name Ryan Crouser as a "one to watch". The 28-year-old American is an undisputed superstar of the men's shot put: an Olympic champion, a world silver medallist and, as of a few weeks now, a world record holder.

Crouser set a new world indoor record of 22.82m in Arkansas earlier this year, launching the two biggest throws under a roof in shot put history. Having started the year in such fine fashion, the Oregon-born USATF star will no doubt be determined to defend his Olympic title in Tokyo this summer.

Yet for all his success, one major gong has always eluded Crouser: the Diamond Trophy.

A six-time meeting winner and regular finalist, Crouser has never been able to convert his routinely excellent form on the circuit into silverware, despite coming close on a number of occasions.

In 2017, he was pipped to the post by compatriot Darrell Hill, who pulled out the throw of a lifetime to win the title in the final round in Brussels city centre. A year later, he came in third as New Zealand rival Tom Walsh launched a Diamond League record to pick up his second of three Diamond Trophies.

Can Crouser finally get his hands on the trophy this year? The Road to Zürich suggests he could. In 2021, the men's shot put will stop off in Doha, Rome, Eugene and Lausanne. In the last few seasons, Crouser has taken victories in three of those four cities, including two wins on home soil at the Prefontaine Classic.

Kristjan Ceh: The 22-year-old Slovenian discus thrower had a fine outdoor season in 2020, setting a new national record of 68.75m in June and coming a respectable fourth on his Wanda Diamond League debut in Stockholm.