Ones to watch in 2021: Del Ponte and Masilingi 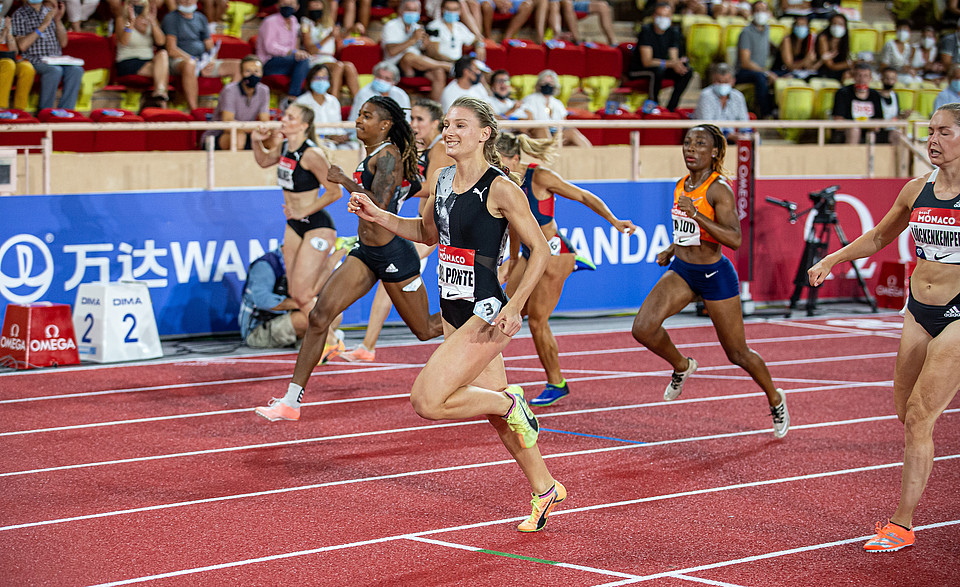 Ajla Del Ponte chalked up her first ever Wanda Diamond League wins in 2020. Can she and rising Namibian star Beatrice Masilingi make waves in the women's sprints in 2021?

Swiss sprint star Ajla Del Ponte snapped up her first major international solo title last weekend as she rampaged to victory in the women's 60m final at the European Indoor Championships in Torun.

The 24-year-old clocked a national-record-equalling 7.03 to get her hands on the gold medal, laying down an early marker for the rest of the year as she looks to build on what was something of a breakthrough season in 2020.

A regular at the Swiss meetings and in the non-Diamond League relay events in the past, Del Ponte made her first major mark on the Diamond League circuit with a handful of emphatic victories last year.

She stormed to her first ever WDL victory with 11.16 in the women's 100m at Herculis Monaco in August, topping a star-studded field which included global big-hitters such as Ivorian World Championships bronze medallist Marie-Josée Ta Lou.

Less than a fortnight later, she made it back-to-back wins with a similarly impressive performance at the BAUHAUS-Galan in Stockholm, clocking 11.20 to beat Ta Lou again in the iconic Olympic Stadium.

Neither Monaco nor Stockholm are on the 100m Road to Zurich this season, but Del Ponte will have chances to compete at Rabat, Doha, Oslo, Shanghai, Eugene and Paris, as well as on home soil at Lausanne's Athletissima.

If her form in 2020 and the current indoor season is anything to go by, she has every chance of qualifying for the Wanda Diamond League Final in Zurich.

Beatrice Musilinga: The Namibian teenager was the star of the show at the inaugural Continental Tour meeting in Nairobi last October, clocking 50.99 in the 400m to claim her first major victory on the international stage. Will she make the step up to the Wanda Diamond League circuit this year?