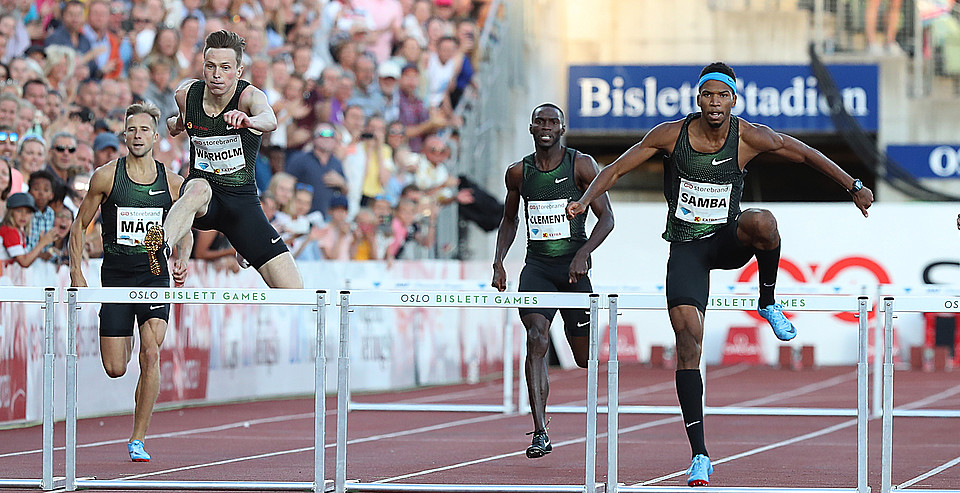 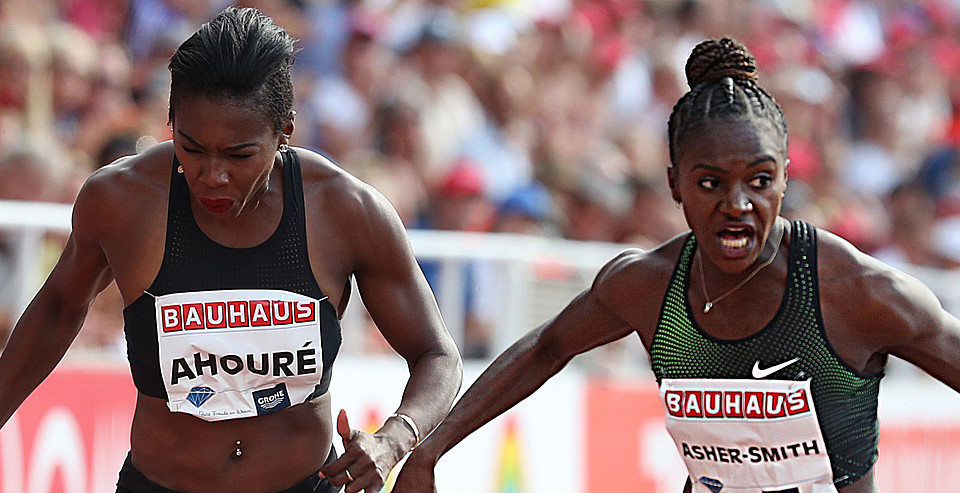 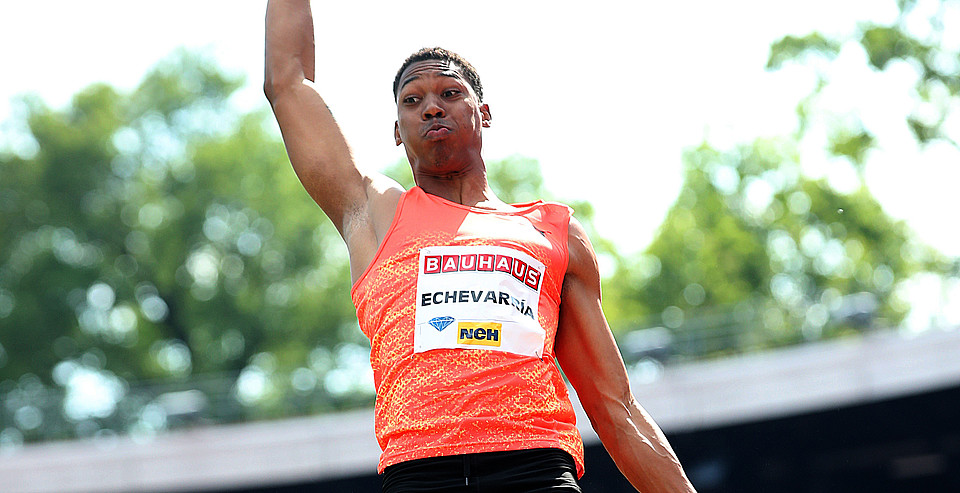 Samba sizzles, a sweet Swedish victory for Mondo Duplantis, and superb sprinting from Salwa Eid Naser. Oslo and Stockholm saw the first few athletes book their place in the IAAF Diamond League Finals, and played host to yet more brilliance from this season's star performers. We take a look back at five key talking points from the action in Scandinavia.

He did it once, he did it twice, and then he did it a third time for good measure. Abderrahman Samba has won four out of four Diamond League meetings in the 400m hurdles, and broken the Diamond League record three times in the process. After record-breaking runs in Doha and Rome, Samba beat rival Karsten Warholm on the latter's home turf in Oslo before setting another record with 47.41 in Stockholm. The latest victory also secured Samba what was an increasingly inevitable place in the IAAF Diamond League Final in Zürich. If there had been any doubt that Samba will be the man to beat in the Final, he eradicated it with two more superb performances in Scandinavia.

Another athlete who is currently blowing away the competition over 400m is Salwa Eid Naser, who picked up back-to-back victories in Oslo and Stockholm last week. After her surprise silver medal at the IAAF World Championships in London last year, Naser has established herself in the 400m elite, and she proved it in Scandinavia, taking two comfortable victories and setting a new Bahraini record of 49.84 in Stockholm. Naser remains second in the standings despite her two wins but, having beaten leader Phyllis Francis in both Oslo and Stockholm, she will fancy herself as the favourite to take the Diamond Trophy later this summer.

Luvo Manyonga has been the undisputed king of the long jump in recent years, and his dominance looked set to continue this season after victories in Shanghai and Rome. In Stockholm, though, Juan Miguel Echevarría sent shockwaves through the long jump world with an astonishing leap of 8.83m. A wind-reading of +2.1 meant that the Cuban narrowly missed out on a new record, but it was a jaw-dropping jump nonetheless. As gracious in defeat as in victory, a grinning Manyonga was the first to congratulate Echevarría, but he will know that the Cuban is now the main pretender to his throne, and to his Diamond Trophy.

It was, it seemed, the year of the Ivorians in the women's sprints. Marie-Josée Ta Lou's victories in Doha and Eugene set the tone, and compatriot Murielle Ahouré followed up with a convincing win in Oslo. Sneaking in behind Ahouré with a national record of 10.92, though, was Dina Asher-Smith, and a few days later, the British sprinter would go a step further, beating Ahoure to the line to take a first eight points. If second place was enough for Ahouré to book her a place, Asher-Smith's victory will nonetheless have given the Ivorians cause for thought. With two meets left on the Road To The Final, it is still all to play for in the women's 100m.

It is looking increasingly likely that this is the breakthrough year for Mondo Duplantis, and nothing seemed to confirm that more than a home victory in Stockholm. The 18-year-old, who grew up in the United States but jumps for his mother's native Sweden, broke two personal goals with his triumph at Bauhaus Galan, winning in front of a Swedish crowd for the first time, and beating Diamond Trophy holder Sam Kendricks for the first time. With Renaud Lavillenie looking to regain the Trophy, Kendricks looking to defend it, and Duplantis looking to steal it from under the noses of both of them, it could be a thrilling second half of the season in the men's pole vault.