Paris: Claye-Taylor, The Sky’s The Limit In Their Triple Jump Duel 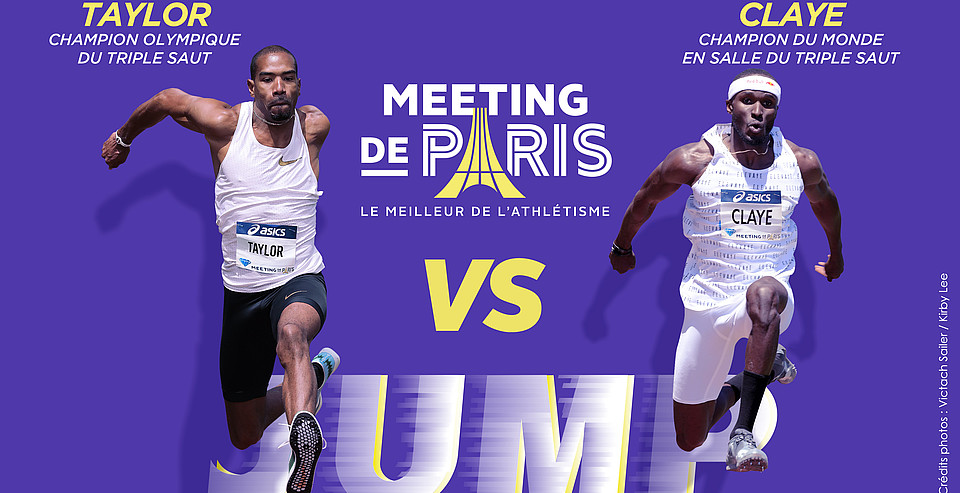 The duel between Christian Taylor, who boasts the finest track record in the history of the modern triple jump competition with two Olympic titles and three gold medals in the Worlds, and Will Claye, his eternal shadow, is sure to tickle your taste buds. The Herculis Monaco meeting already brought them back together in the IAAF Diamond League, on 12 July 2019, with victory going to the former thanks to a jump of 17.82m, or seven centimetres further than his American compatriot.

It had been the same scenario three days earlier in Hungary, during the Memorial Gyulai Istvan. Throughout their respective careers, the 100% star-spangled banner duel has turned to the former’s advantage some 41 times, compared with 26 victories for Claye. And the trend has even intensified since 2015, with eleven victories out of fourteen clashes for Taylor!

During their two previous participations at the MEETING DE PARIS, Christian Taylor dominated each time. However, Will Claye might well reverse the trend at last. Indeed, he’s in the best shape of his life. This is evidenced by the fact that he cleared the 18-metre barrier this season for the first time, landing a jump of 18.14m during the minor meeting at Long Beach (United States) on 29 June. That equates to the best triple jump performance of the year, which means he now ranks third best triple jumper of all time, behind world record holder Jonathan Edwards (18.29m) and the inevitable Taylor (18.21m). The world record is under threat. What if it were to tumble on 24 August during the MEETING DE PARIS?