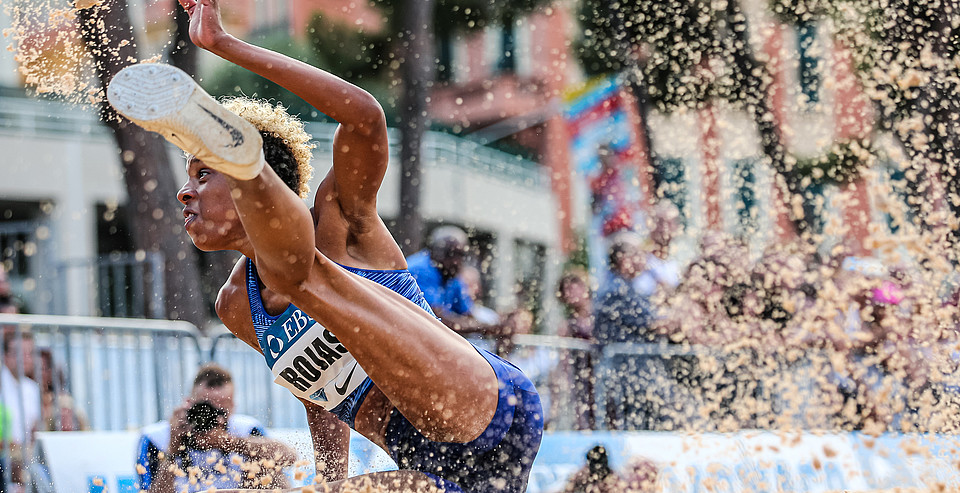 Three-time world champion (twice indoors and once outdoors), Venezuelan Yulimar Rojas, will grace the Meeting de Paris for the first time on Saturday 24 August at the Charléty Stadium. Having just posted the best performance in the world this year at the Pan-American Games (15.11m), it’ll be an opportunity for her to go for the world record.

To say that Yulimar Rojas is in great shape would be downplaying her current form. Indeed, during the Pan-American Games in Lima (Peru), the Venezuelan nailed the best performance in the world this year with a jump of 15.11m. A new personal best and the planet’s longest triple jump on record since August 2016. She ranks as the sixteenth best female performer in the history of the event. The winner of six of her eight competitions in 2019, Rojas’ least favourable performance this season was 14.82m in the Lausanne competition.

And even though her best enemy, Colombian Caterine Ibarguen will not now be competing at the Charléty Stadium due to injury, Yulimar Rojas has every reason to set the competition alight. Of a lofty build (1.92m), the native of Caracas, who will be 24 in October, presents a very serious threat to the previous world record secured by Ukrainian athlete Inessa Kravets: 15.50m in 1995. “It’s something I really want”, she admitted to the CNN channel in Spanish after her victory in Peru. Prior to that, the Meeting Record, set by Tatyana Lebedeva back in 2003 at 15.12m, is a quite conceivable goal in the interim. Spectators in the grandstands around the jumping pit will likely be starstruck.